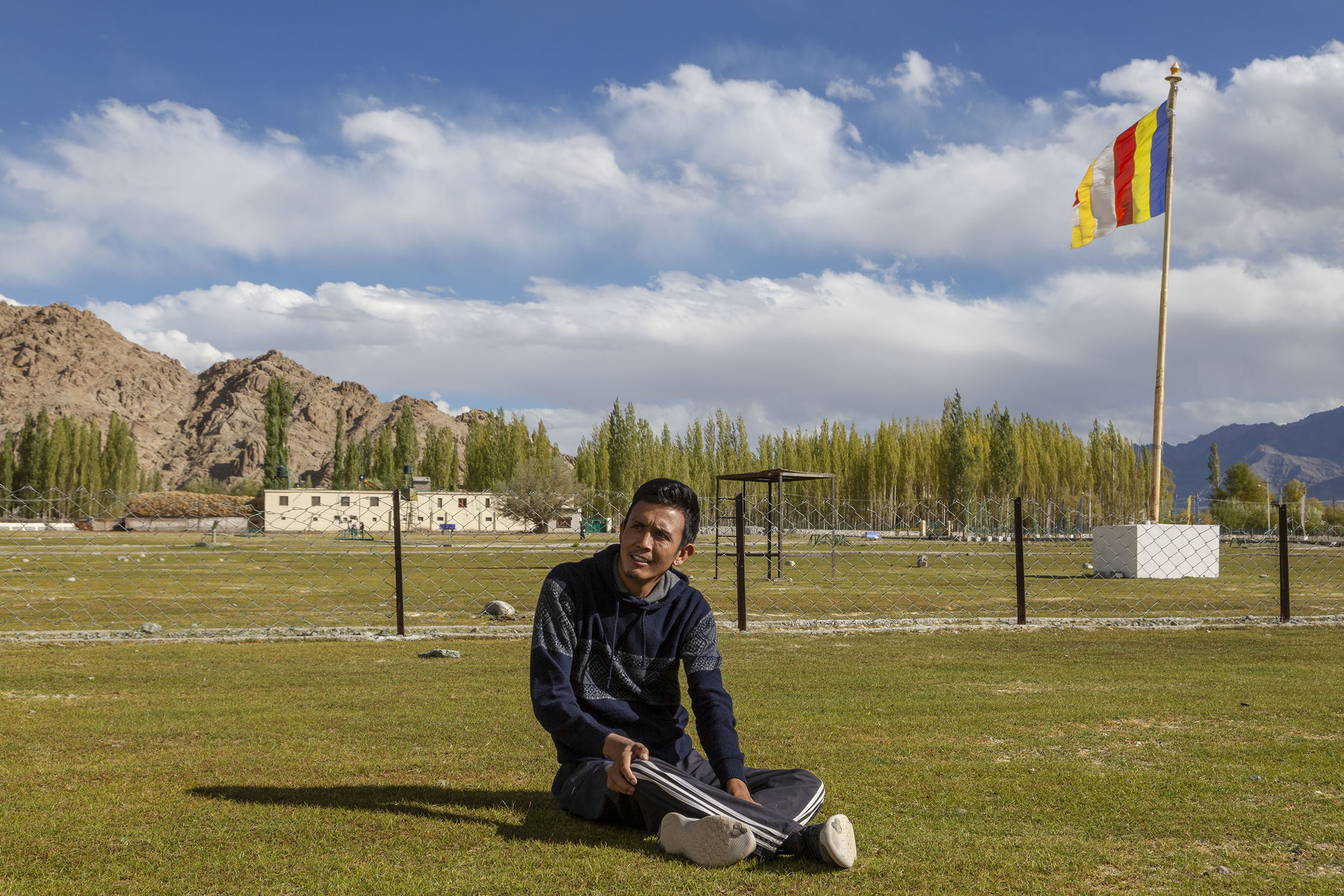 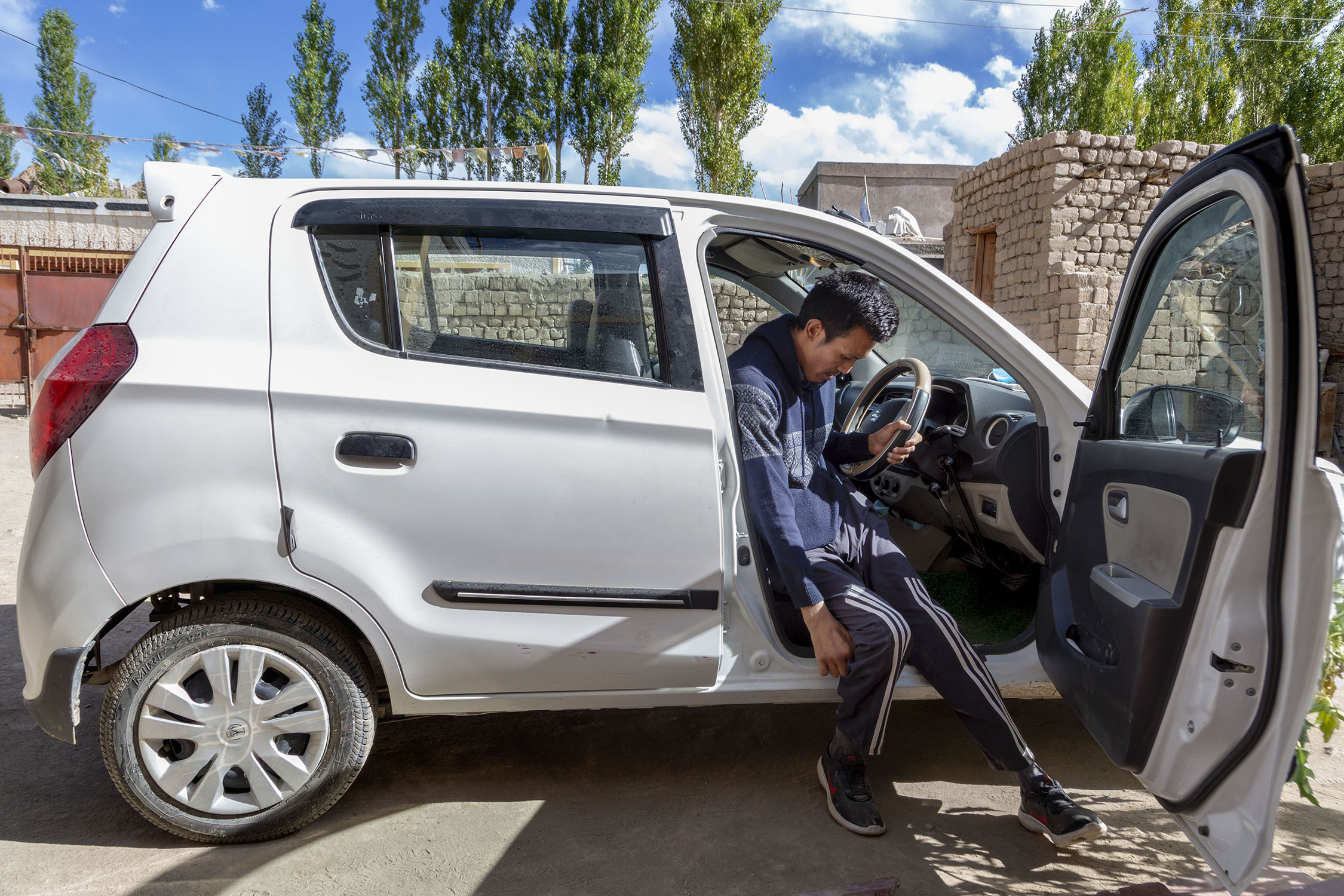 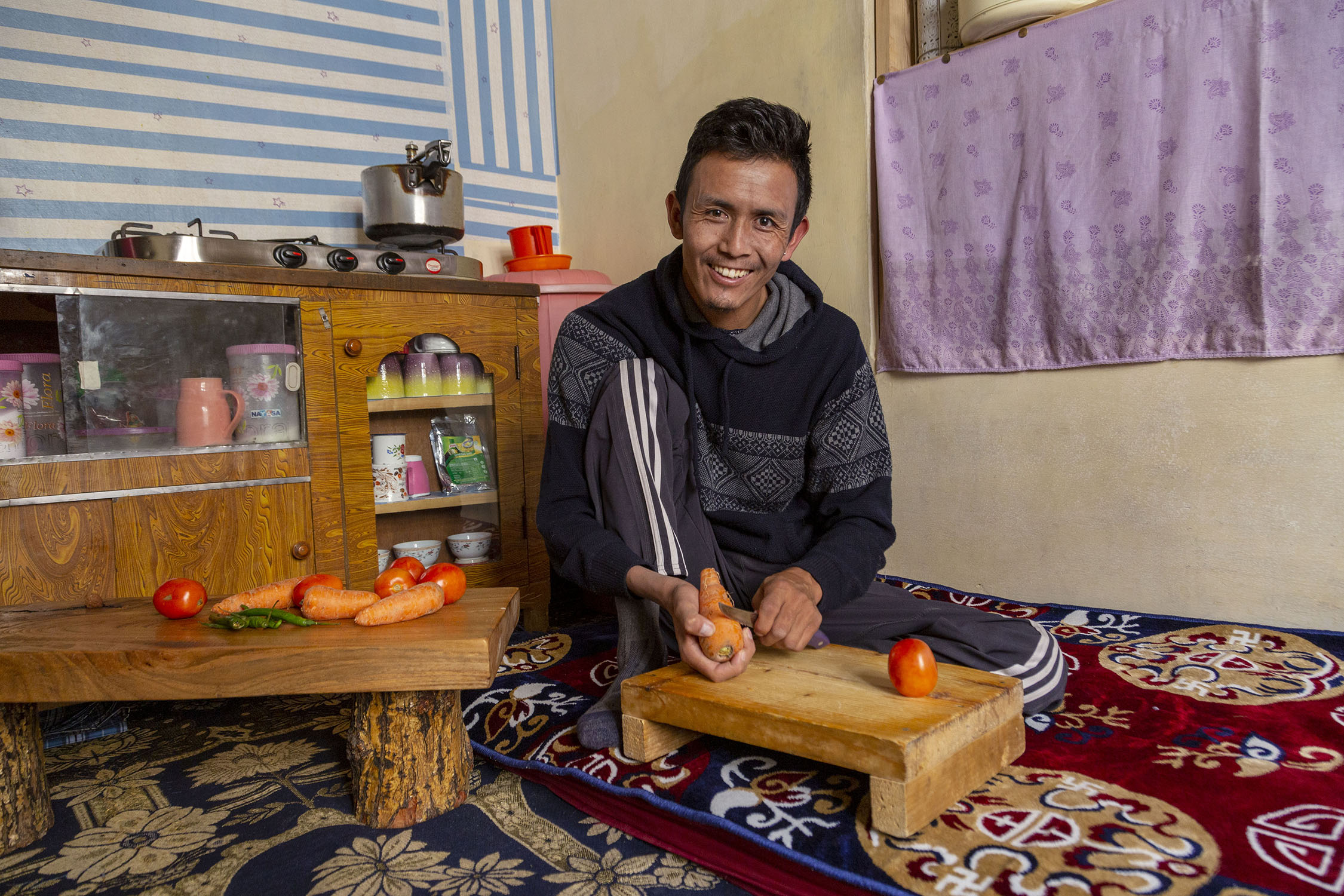 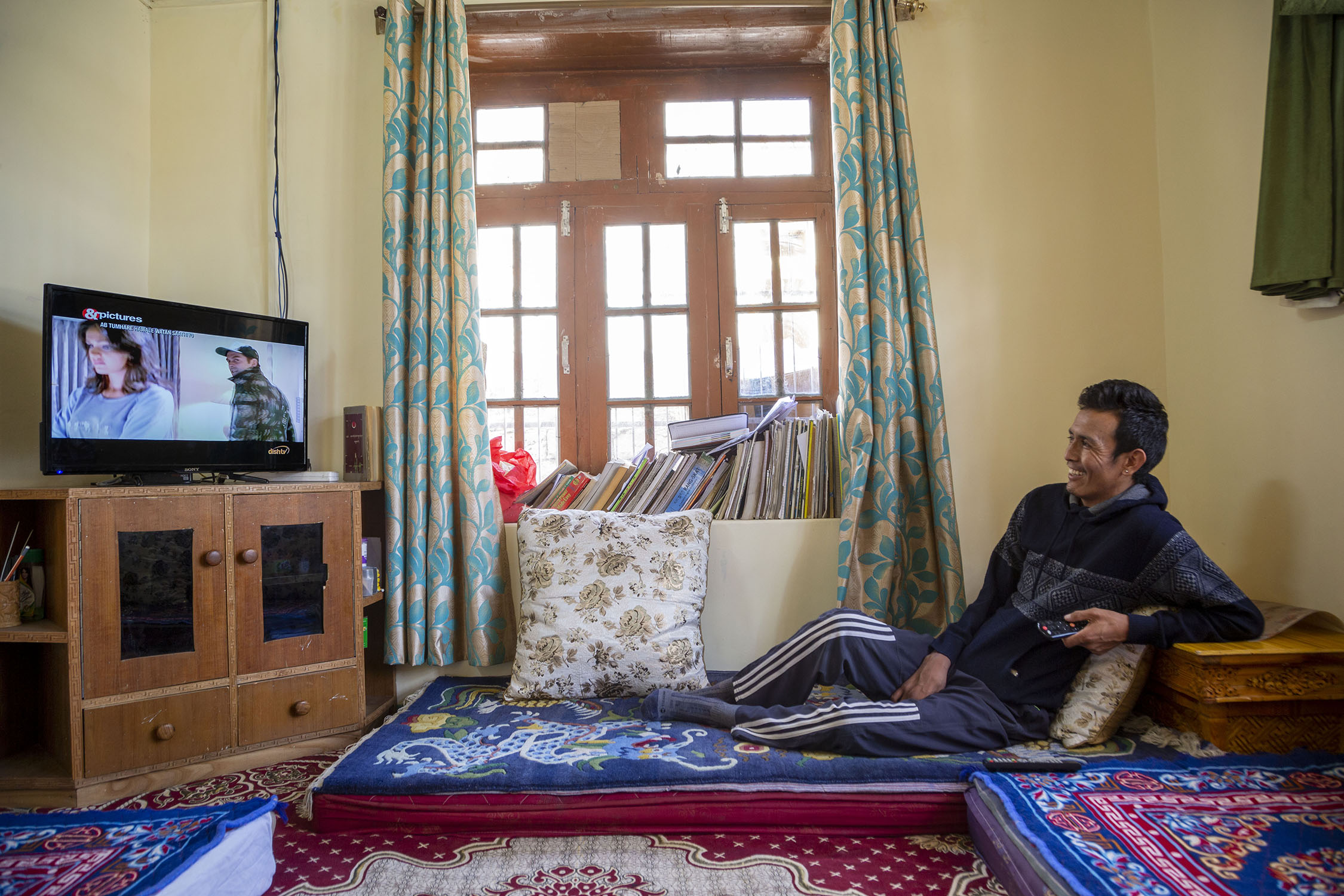 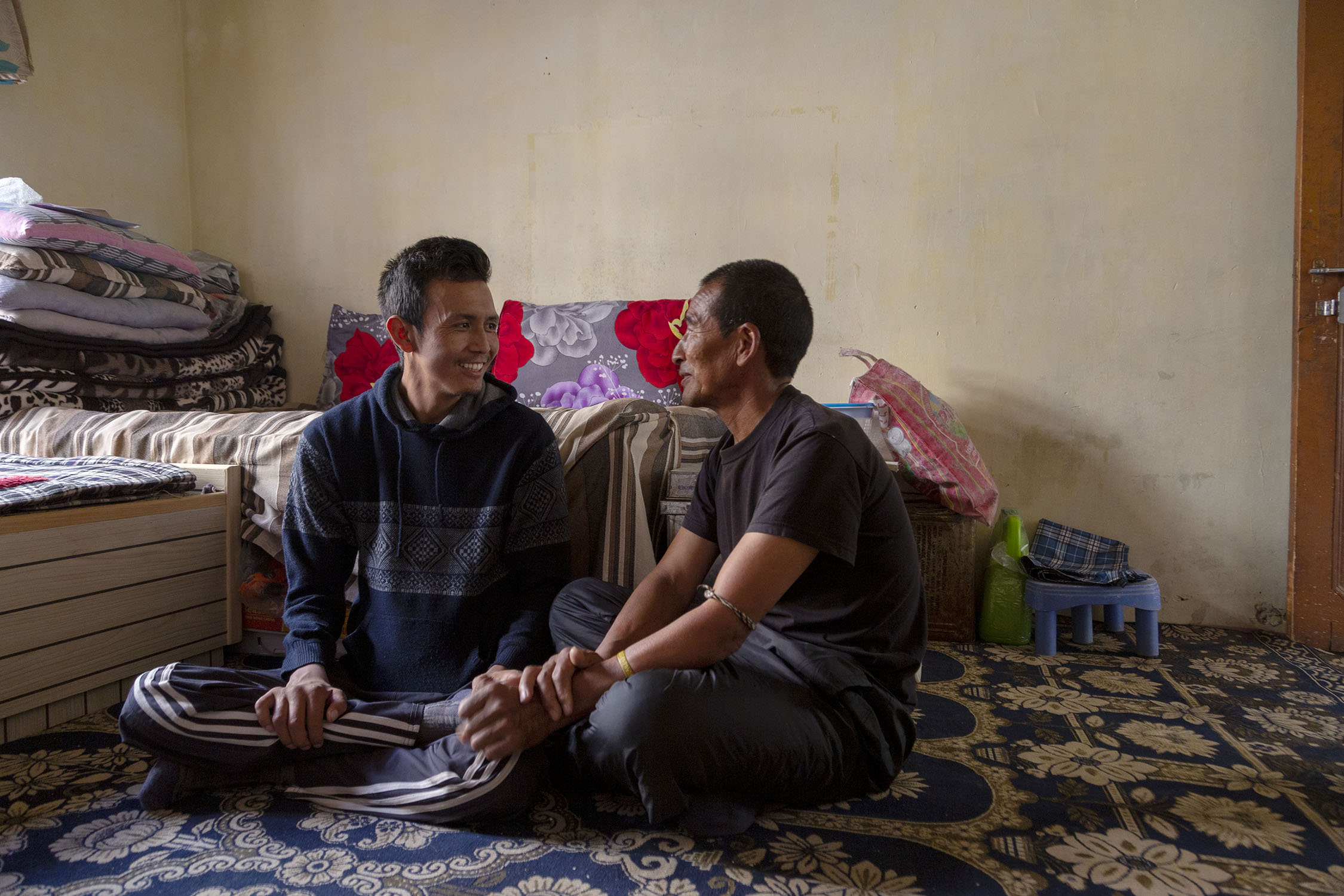 “I have a lot of friends in my village. They help me so much, as if I’m their own brother”

If you were a tourist on your way to Nubra Valley or Pangong Lake you might have stopped for a Ladakhi or Chinese lunch at Shayok Biker’s Café and met the smart young owner. That would be 30-year-old Thinlay Mutup, a resident of the village of Shayok in Ladakh, whose dream had been to open a restaurant, a dream he nurtured even before he acquired a locomotor disability.

Thinlay went to school in Dehradun. In Class 8 he started getting splitting headaches and fell ill. He was taken to a hospital in Leh where he was told he could have contracted TB. His legs then developed paralysis and he could no longer walk, which put a stop to his education since even the local school in Shayok was inaccessible. REWA Society in Leh came to his rescue, offering physiotherapy so that he was able to use a wheelchair and, after five to six years, start walking again. He continues to periodically undergo 30-day physio sessions in Leh where he stays with his uncle Tsering Nangchuk. He now drives his own retrofitted car which has hand controls.

Speaking about how he set up Shayok Biker’s Café he says he had met a foreigner who had come to volunteer at an NGO in Leh and they stayed in touch over Instagram. When she asked him if she could help him in any way, he told her about his desire to set up a restaurant. To his delight she sent him the money to fulfil his dream! He keeps the restaurant open from 8 a.m. to 8.30 p.m. and his family members chip in whenever they find the time.

Thinlay’s father Tsering Mutup, mother Tsering Dolker, his sister Padma Angmo and her husband all work in different capacities for the government’s numerous ongoing road-building projects. They all live together in the same house. We tactfully ask if Thinlay has plans of getting married and he tells us of a failed love affair; his girlfriend’s family did not approve of her marrying a man with a disability. “I wonder if I’ll ever find a girl to marry me,” he says. “Our society is biased against disabled people.”

In his free time, Thinlay likes to watch Hindi movies, listen to music, and hang around with his friends. In the summer tourist season he makes and sells woollen figurines of animals: he takes dark-coloured sheep’s wool and fashions it into snow leopards, yak and ibex. He is looking forward to the Losar festival on January 3. “I enjoy watching people dance,” he says, although he cannot dance along with them.