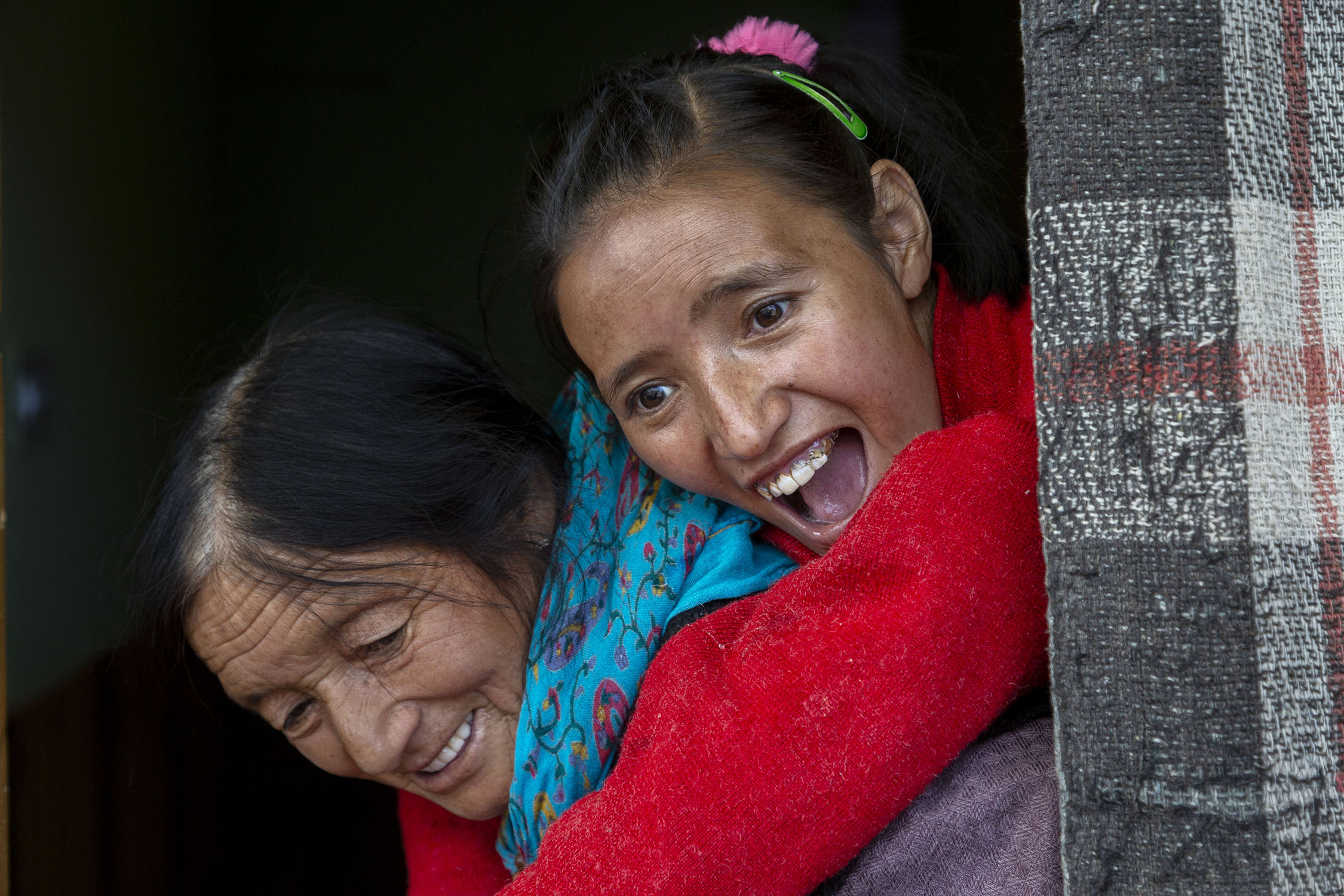 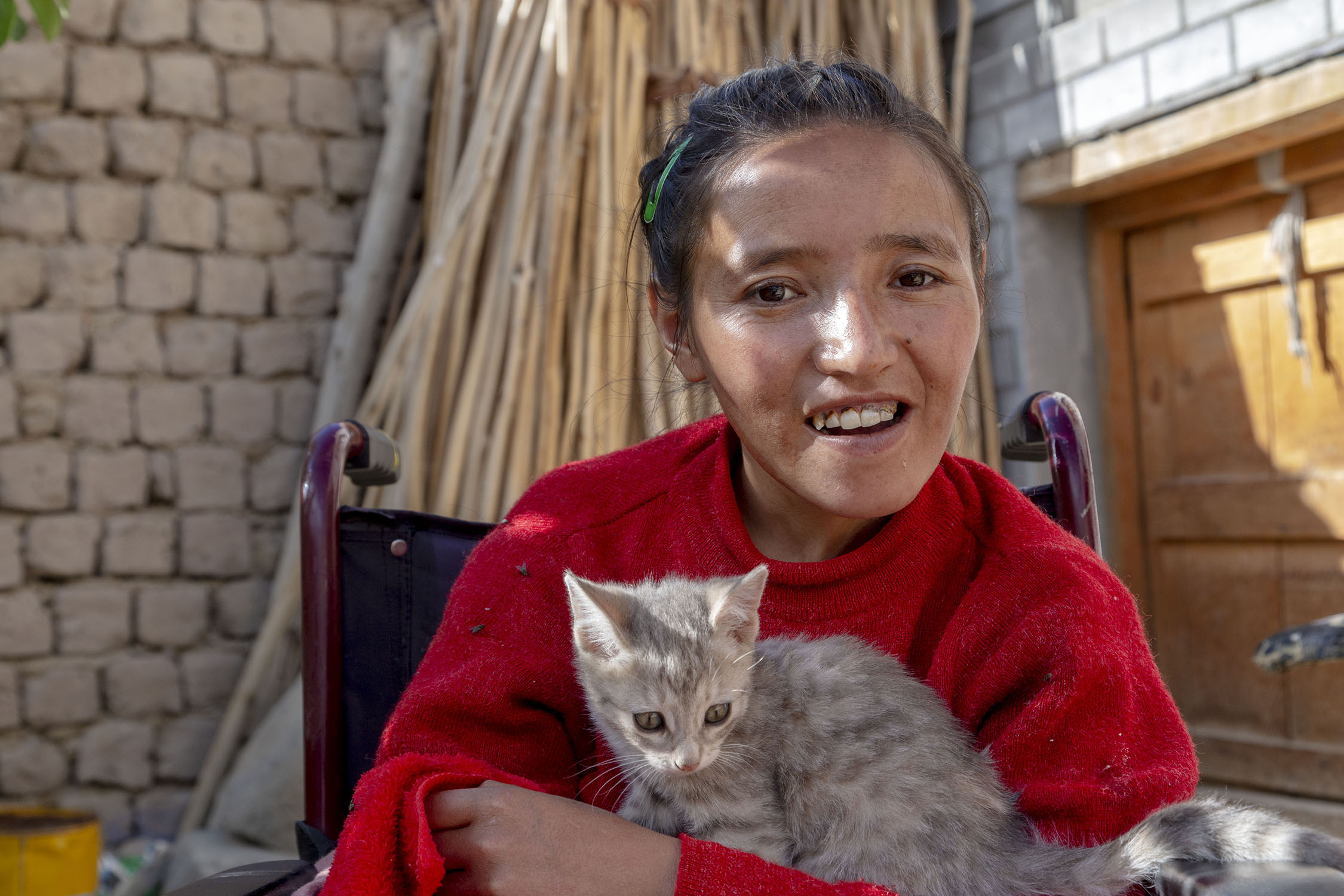 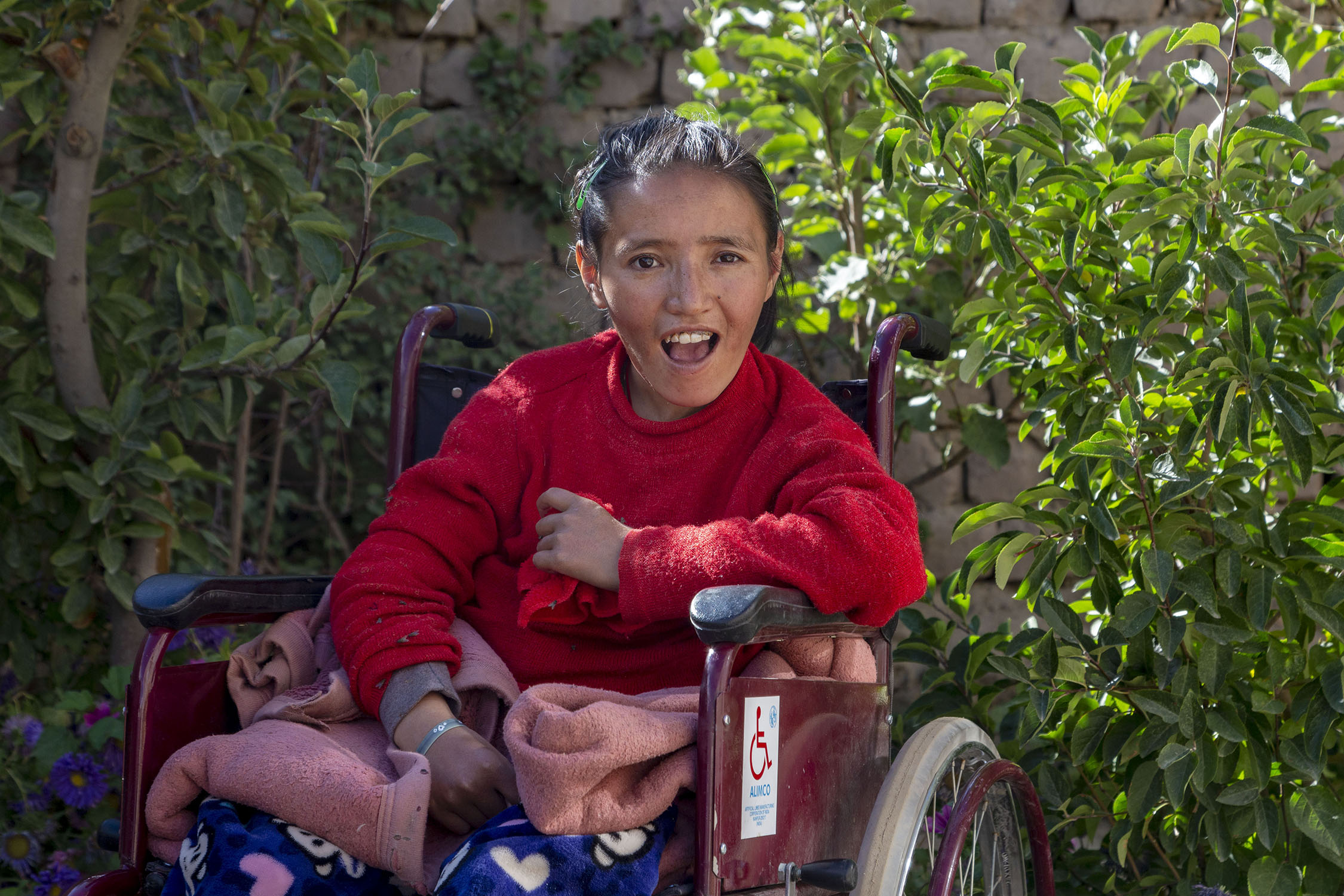 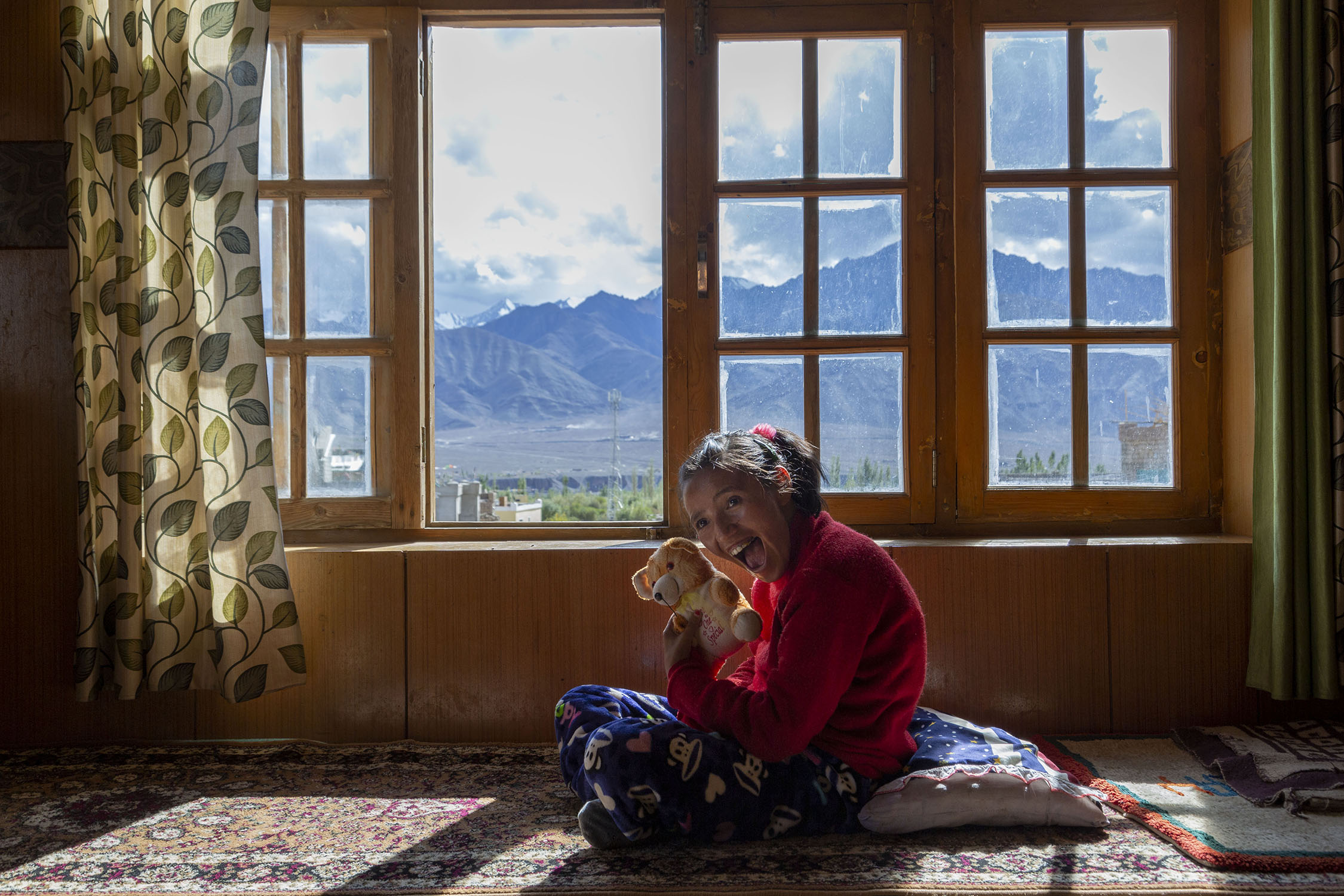 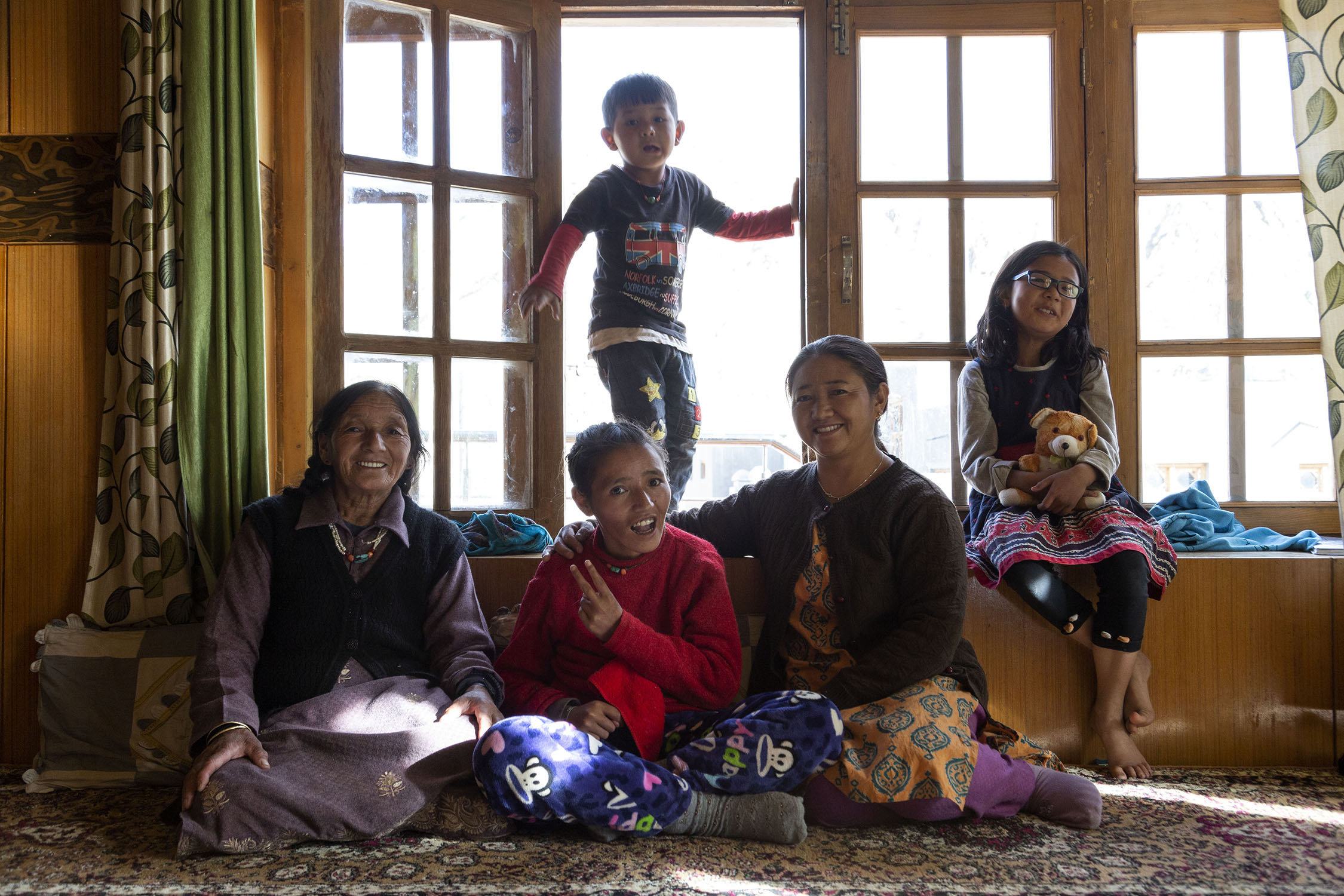 “Before my illness, I used to enjoy dancing. Now, with physiotherapy, I am able to remove my socks by myself”

Among the mountains in the rarefied atmosphere of Ladakh’s Leh district, you might have spotted a rugged 63-year-old walking uphill and downhill in the village of Lingshed, carrying her 24-year-old daughter on her back. That would be Stanzin Dolma whose youngest child Stanzin Otsala contracted brain tuberculosis 10 years ago.

When Tsering Dorjay from REWA Society took photographer Vicky Roy to the house of Stanzin Dolma’s daughter Tsering Chondol (36) in Leh town, a brand-new wheelchair had arrived just the previous day. REWA, which helps children with special needs, had managed to procure it for Otsala. She had got her second shot of the coronavirus vaccine and she posed outside in the wheelchair, which couldn’t be used indoors since the house (like most Indian houses) was not accessible. One hopes it proves useful in Lingshed, a far-flung and sparsely populated village that got its very first motorable road only in 2019!

Stanzin Dolma and her husband Sonam Punchok are farmers who grow wheat, peas and other vegetables for their own consumption. They keep yaks, goats and donkeys and earn a little extra through limited sales of yak cheese and butter. They sent all five children of theirs to school in Leh, where they lived in hostels. In December 2011 Otsala was in Class 7 when she developed a bad cough and started feeling unusually tired and sleepy. She phoned her mother, who dispatched Chondol, and the two sisters stayed in the house of their eldest sibling, Tsewang Dolma (38), who was married to a carpenter in Leh. They took Otsala to an amchi doctor (practitioner of Tibetan medicine) who treated it as a common cold.

In February 2012 when her condition worsened they turned to allopathy but by then it was too late. She lapsed into a coma for three months in a government hospital, the CT scan showed she had brain TB, and medicines were ineffective at this stage. She emerged from hospital with paralysis in the right half of her body, an inability to speak, and impaired movement in her left leg and left hand. Her mother has been taking care of all her personal needs including bathing and feeding her. When adult diapers proved too expensive, REWA provided a chair toilet for her.

Chondol, who lives in Leh with her two small children and whose husband is in the army, remembers Otsala in her schooldays: “She used to enjoy dancing, and loved chicken and mutton momos.” Her movements have improved through physiotherapy at REWA, though. Chondol encourages her to eat by herself although she keeps spilling food, and she can now remove her socks on her own – baby steps on a long, long road to independence.