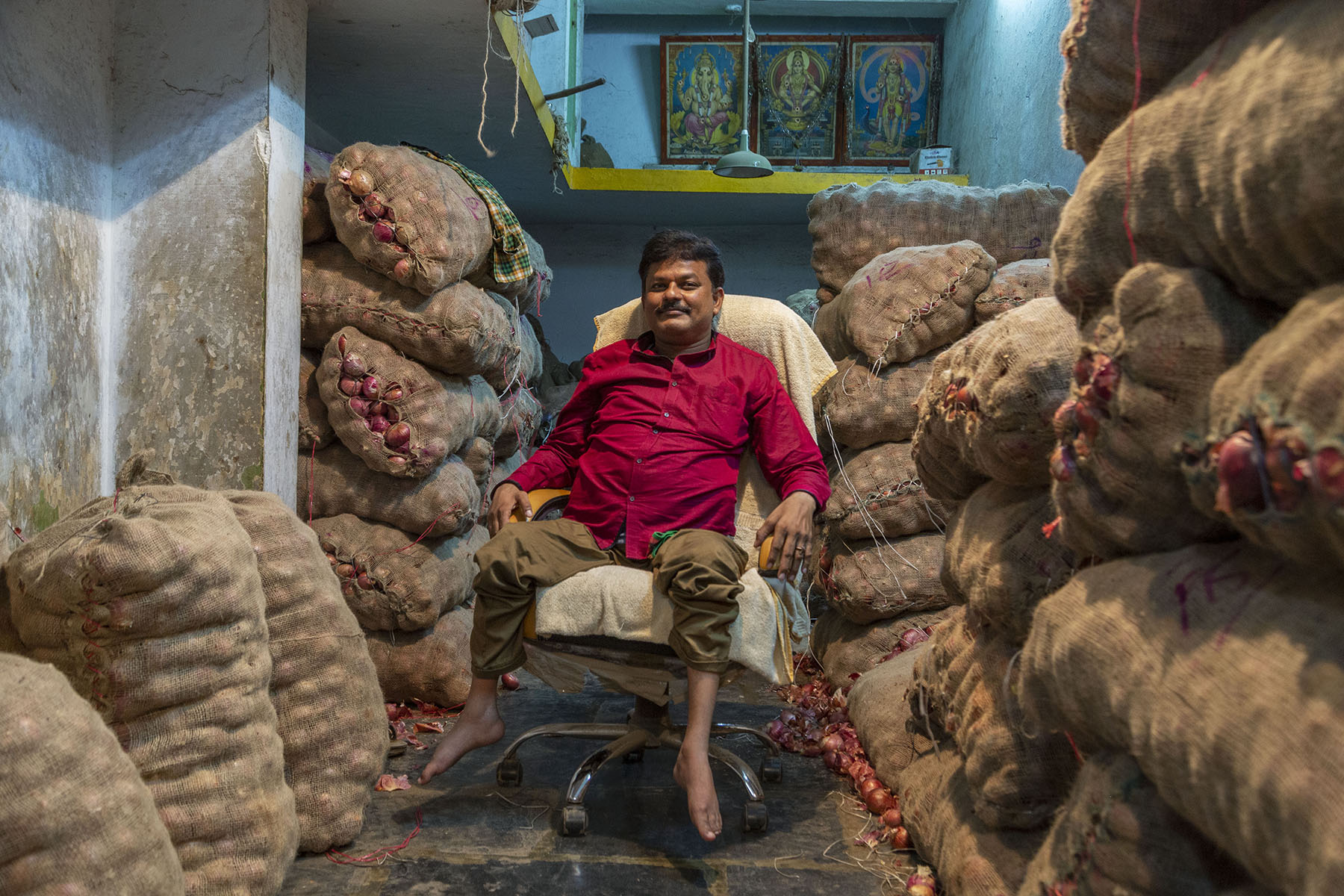 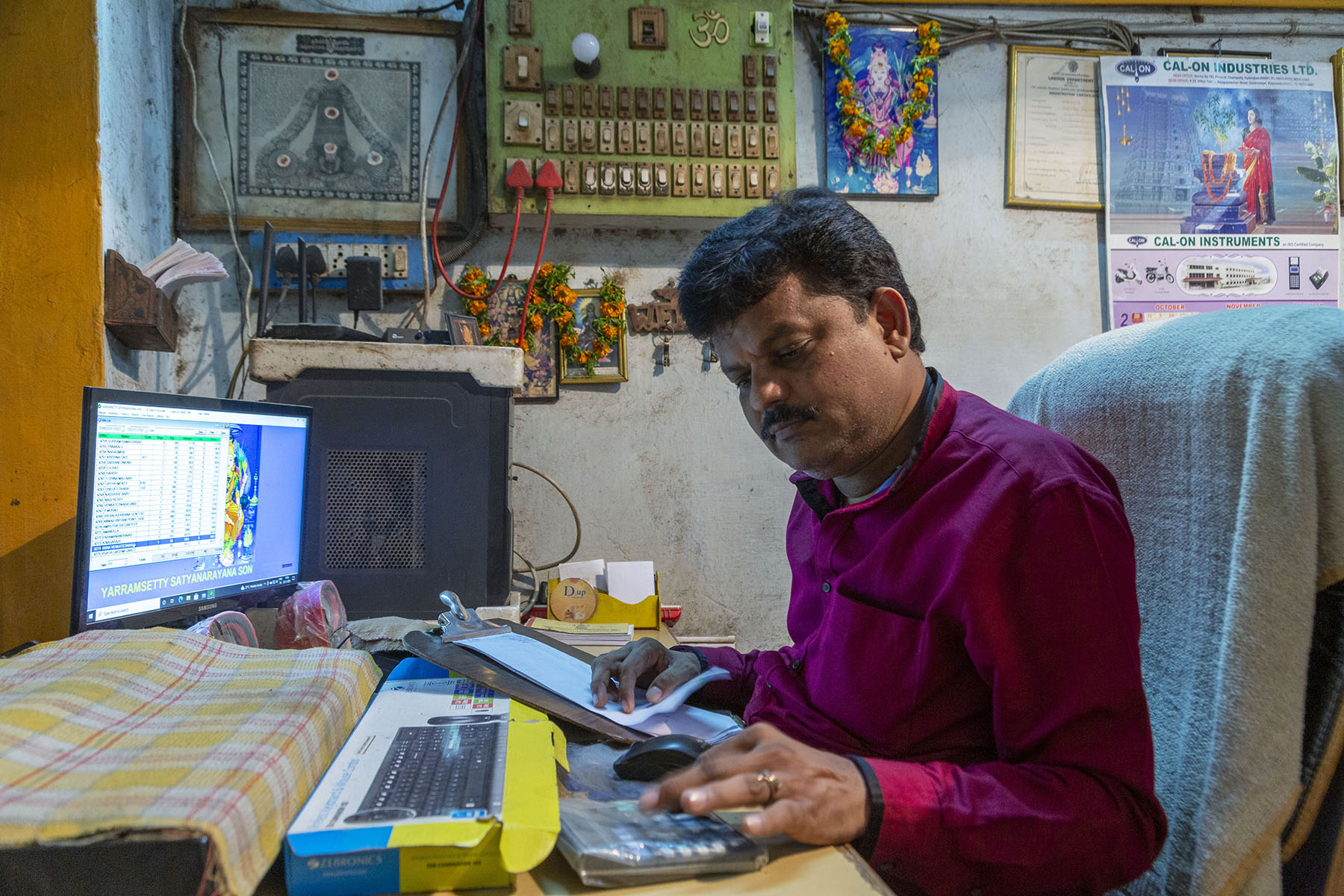 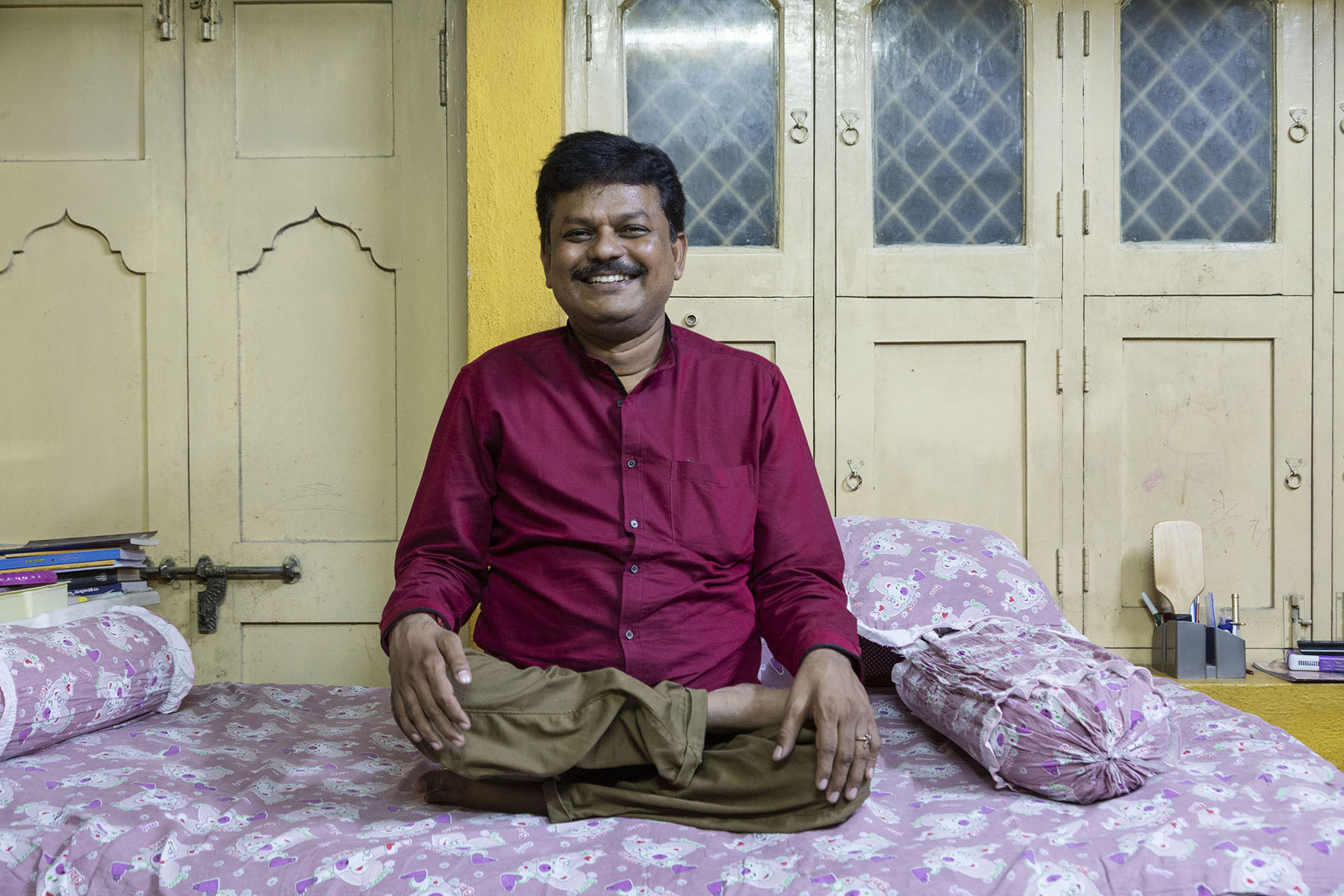 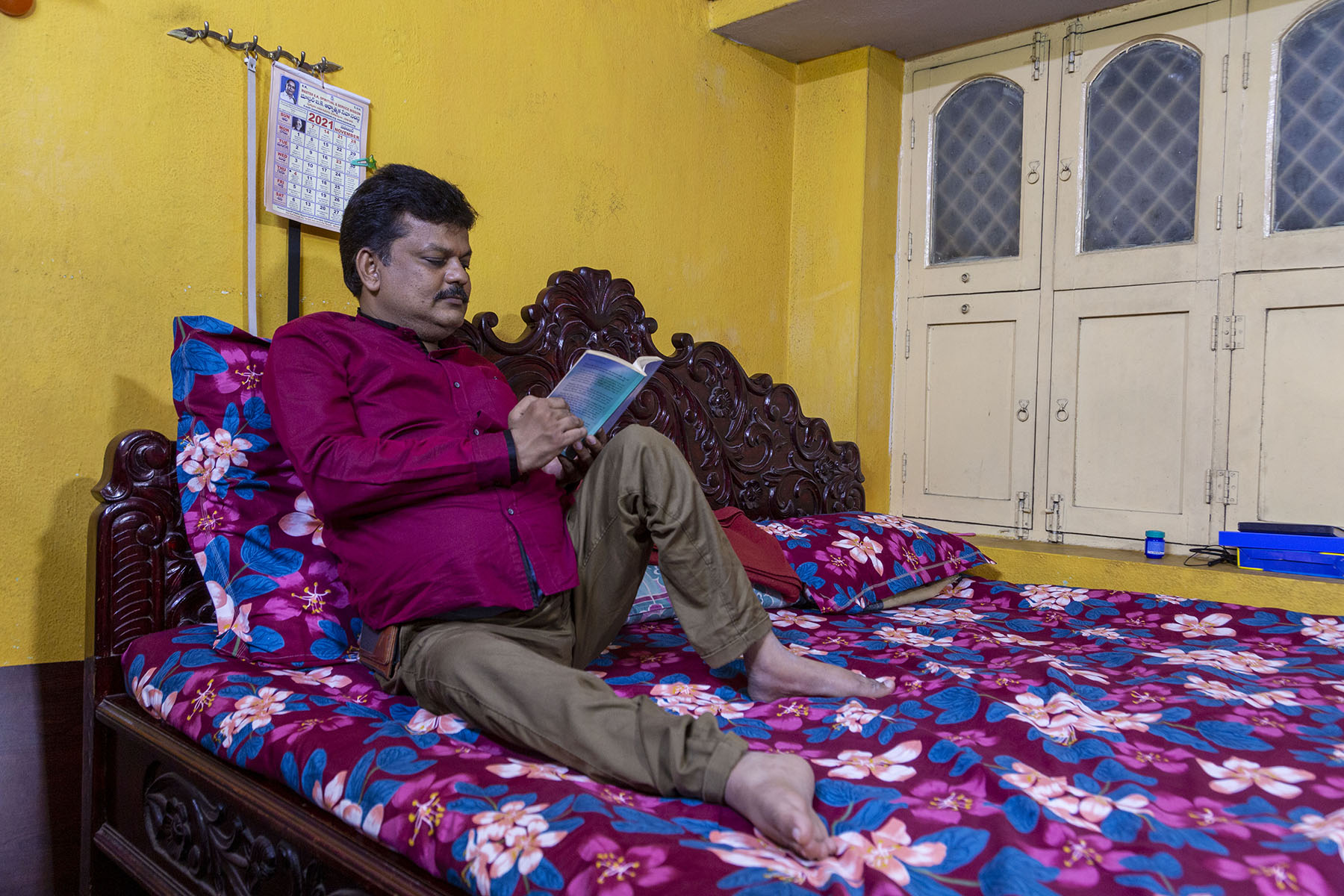 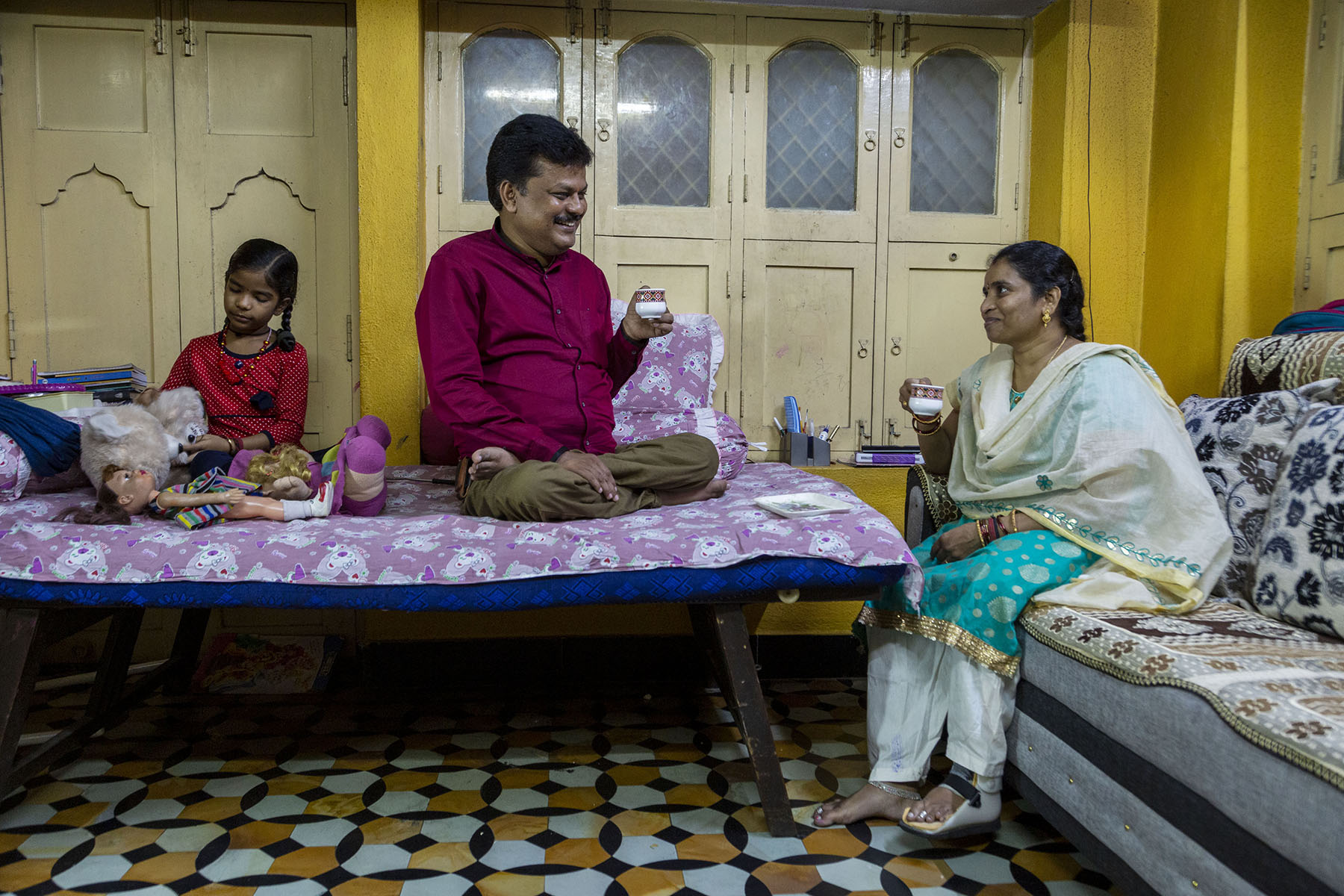 “Don’t let a crazy world decide who you are. Create your own destiny”

After finishing high school in 1988, Sreedhar Yarramsetty (49) from Guntur, Andhra Pradesh chose Biology for his two-year Intermediate course because he wanted to do Medicine. But everyone dissuaded him, saying, “You can’t become a doctor because you are disabled.” So he decided to do B.Com from Nagarjuna University through distance education. Having settled on a career in business he drew up a project proposal for a mobile food cart and approached banks. None would give him a loan. They said, “You can’t manage this because you are disabled.”

It is because his abilities were constantly underestimated that, Sreedhar, a polio survivor, developed a staunchly independent – some would even say headstrong – frame of mind. He has never bothered about others’ opinions of him “because what they think of you is not who you really are”. With a chuckle he reveals that his intimate friends whom he’s known for over 25 years often call him “arrogant”. But they can hardly suppress their astonishment when he drives his modified car almost 900 km on the national highway from Guntur to Coimbatore in a single day! “I start early morning and reach at midnight,” he says confidently.

Sreedhar is the middle child born to Yarramsetty Satyanarayana, an onion distributor in Guntur, and Lakshmi Tulsi, a homemaker. When he contracted polio at age three, it affected both his legs and he started using calipers and crutches. “Your suffering is the result of a sin you committed in your previous birth” was a frequently heard comment that disgusted him. Tirelessly aided by his mother, he studied at home till fifth standard. From the sixth onwards he attended the government-run Yadava High School; his father and his grandfather would take turns to convey him to and from school by bicycle.

In 1993, in the wake of his father’s heart attack, Sreedhar slowly commenced taking over the reins of his business. He travelled on his best friend Siva’s motorbike across Andhra and even to Maharashtra, negotiating with onion vendors at market yards, expanding his contacts and learning how to gauge the prices. Today he is an established onion merchant in the Guntur Market.

Sreedhar was always looking for ways to maximise his mobility. The ‘active wheelchair’ he bought from the Indian Spinal Injuries Centre in Delhi allowed him to move around independently. After buying a four-wheeler he got it converted from manual transmission to automatic at Automate India, Pune. He strongly believes that persons with disabilities have the right to get quality assistive devices at affordable prices, and uses every opportunity to motivate others like him to attain physical and economic independence.

His elder sister Shashilatha and younger brother Umamaheshwara were comfortably settled in their marriages but when it came to him, neither he nor anybody else bothered to look for an alliance. Then Shanthi, a friend from a disability group on Facebook, suggested he seek a partner from the disability community. He found it a good idea. As he puts it, “Only someone like you can understand the pain you’ve gone through.” Shanthi connected him to Dhanalakshmi, whom polio had affected in one of her legs. She was a post-graduate aiming to work in a bank. The two met and hit it off. They got married in 2013.

Sreedhar said to her, “Half our lives are over, so why don’t we spend as much time remaining as we can with each other?” He meant that if she was employed, although it would improve their finances it would rob them of the hours they could spend in each other’s company. His argument seems to have convinced her. They have an eight-year-old daughter Mounajna whose name means (and he explains) “consciousness that will be known in absolute silence or stillness”.

Sreedhar’s life has also been enriched by a close-knit group of comrades with whom he banters and exchanges friendly insults. Apparently they didn’t believe his marriage would last! They said, you have such an aggressive personality that you won’t be able to coexist with anyone. “I have helped [counselled] so many of them when there was friction in their marriages,” says Sreedhar. “Now they are all waiting for the day when I will go to them for help.” He adds jubilantly, “I haven’t given them the chance!”