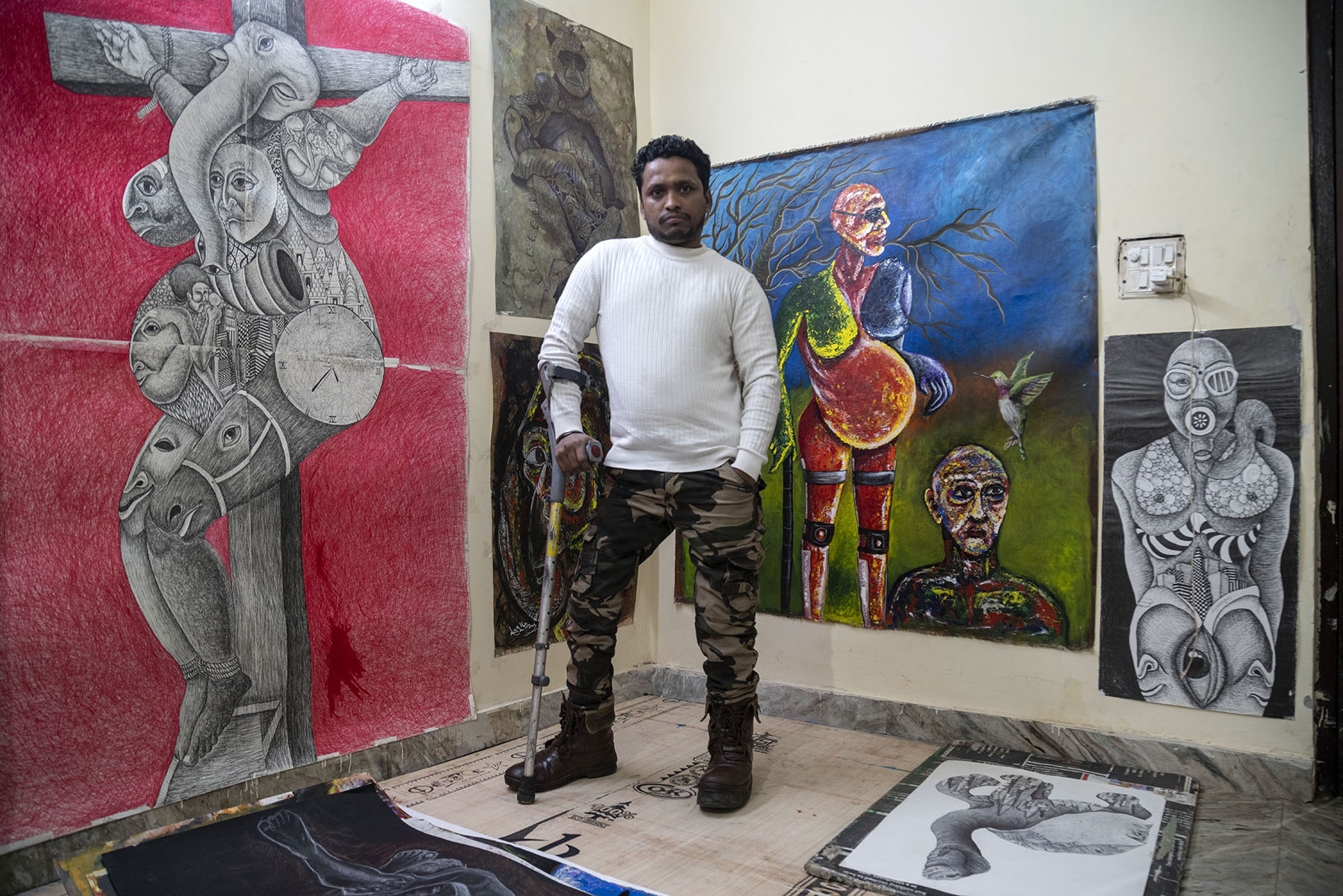 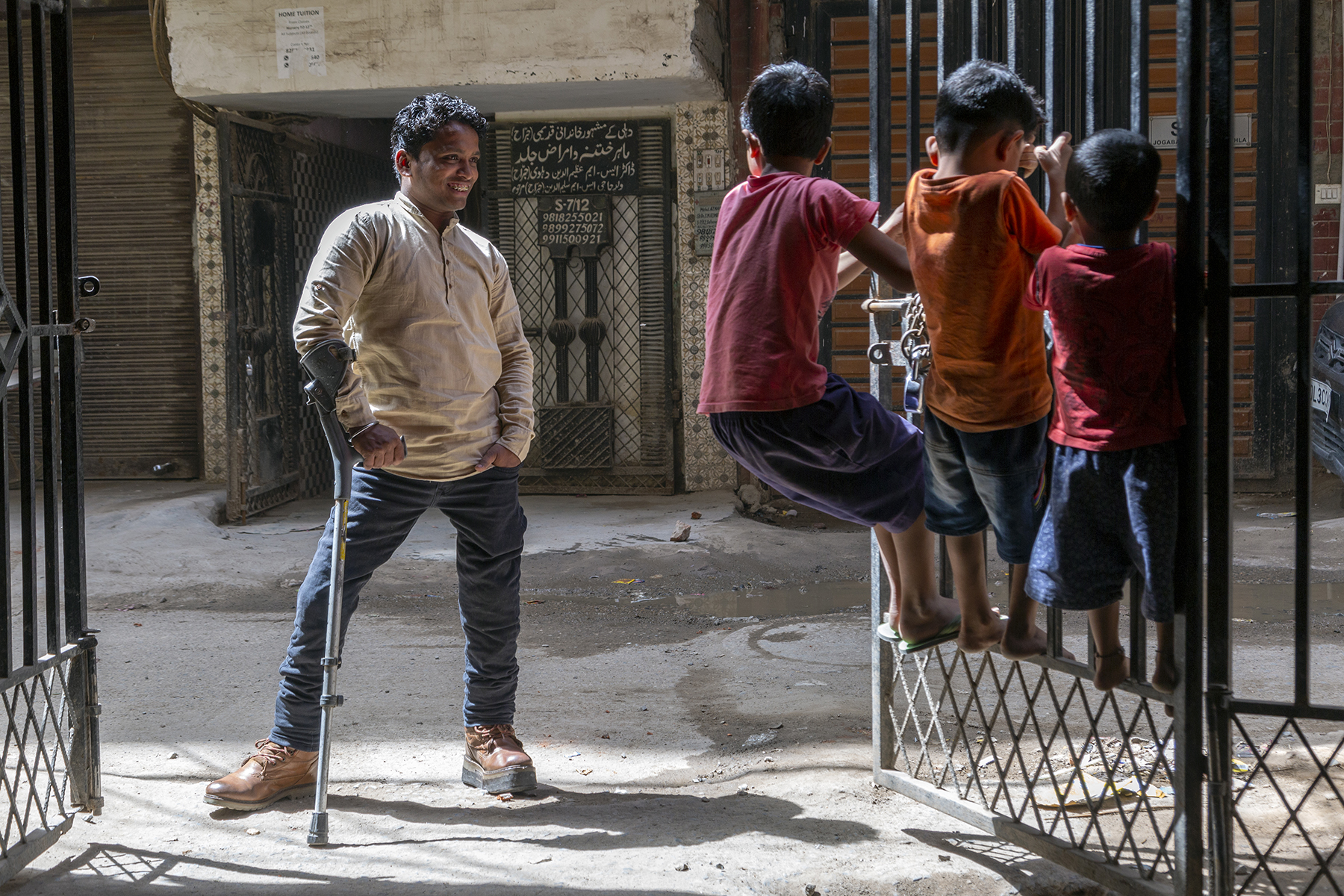 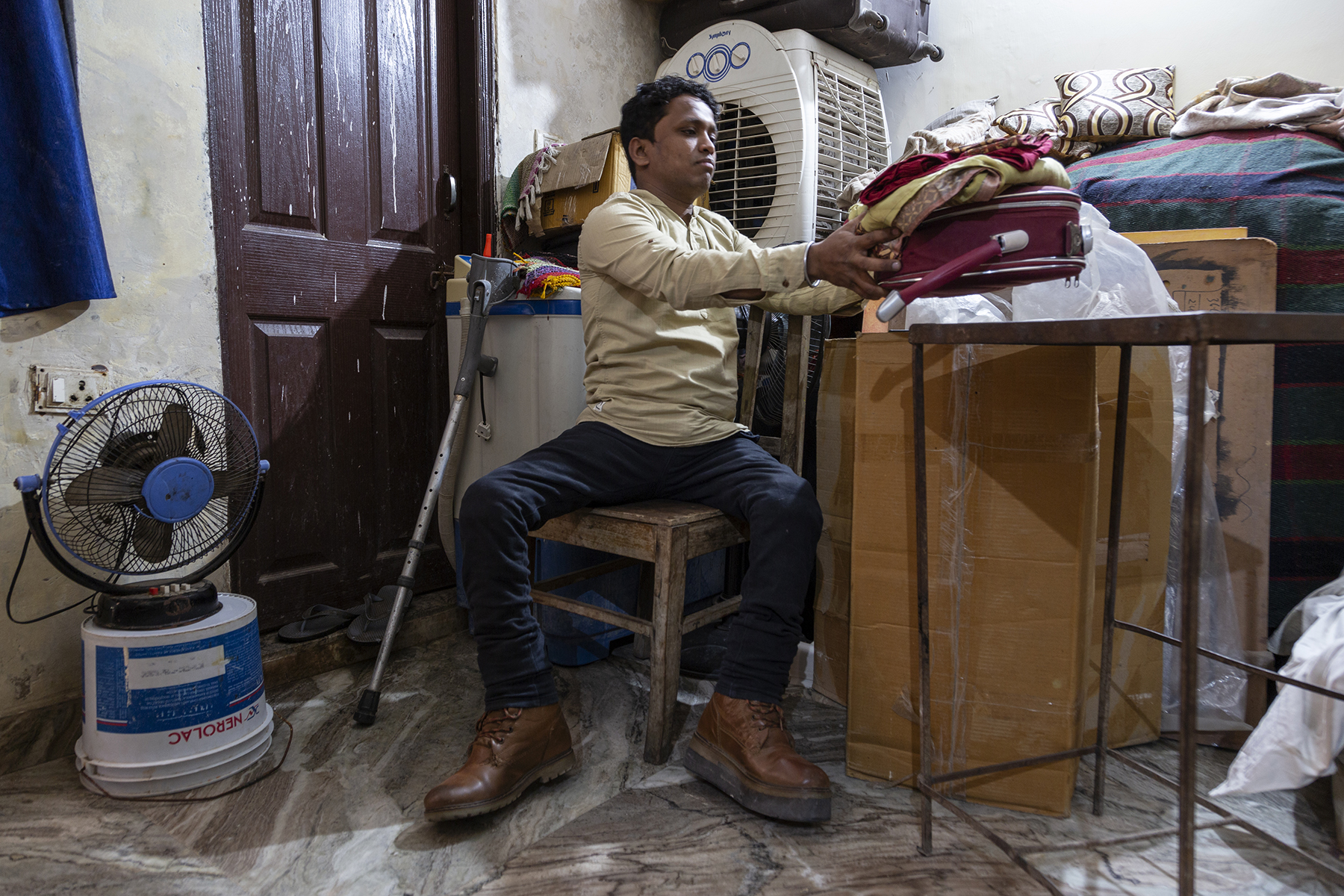 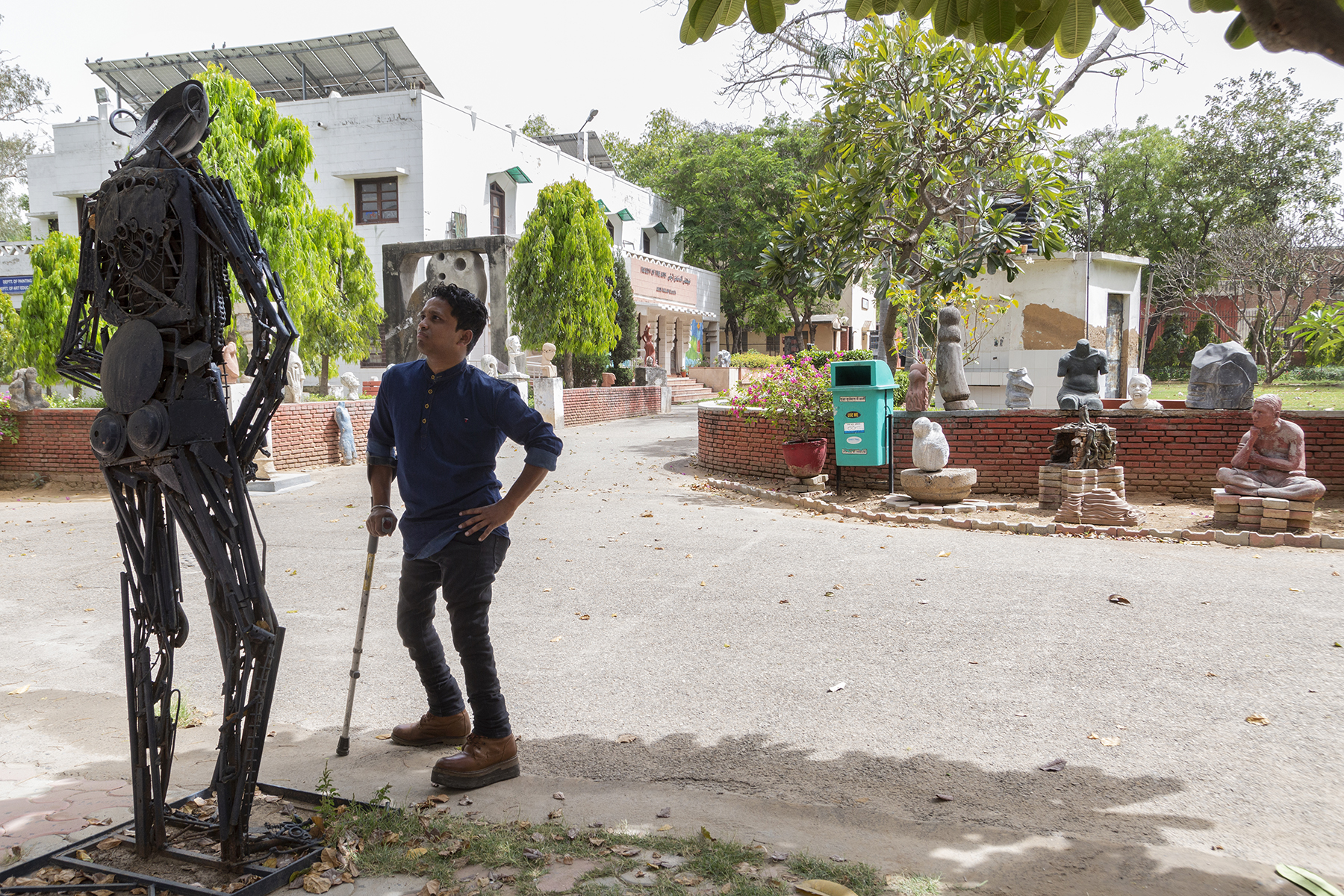 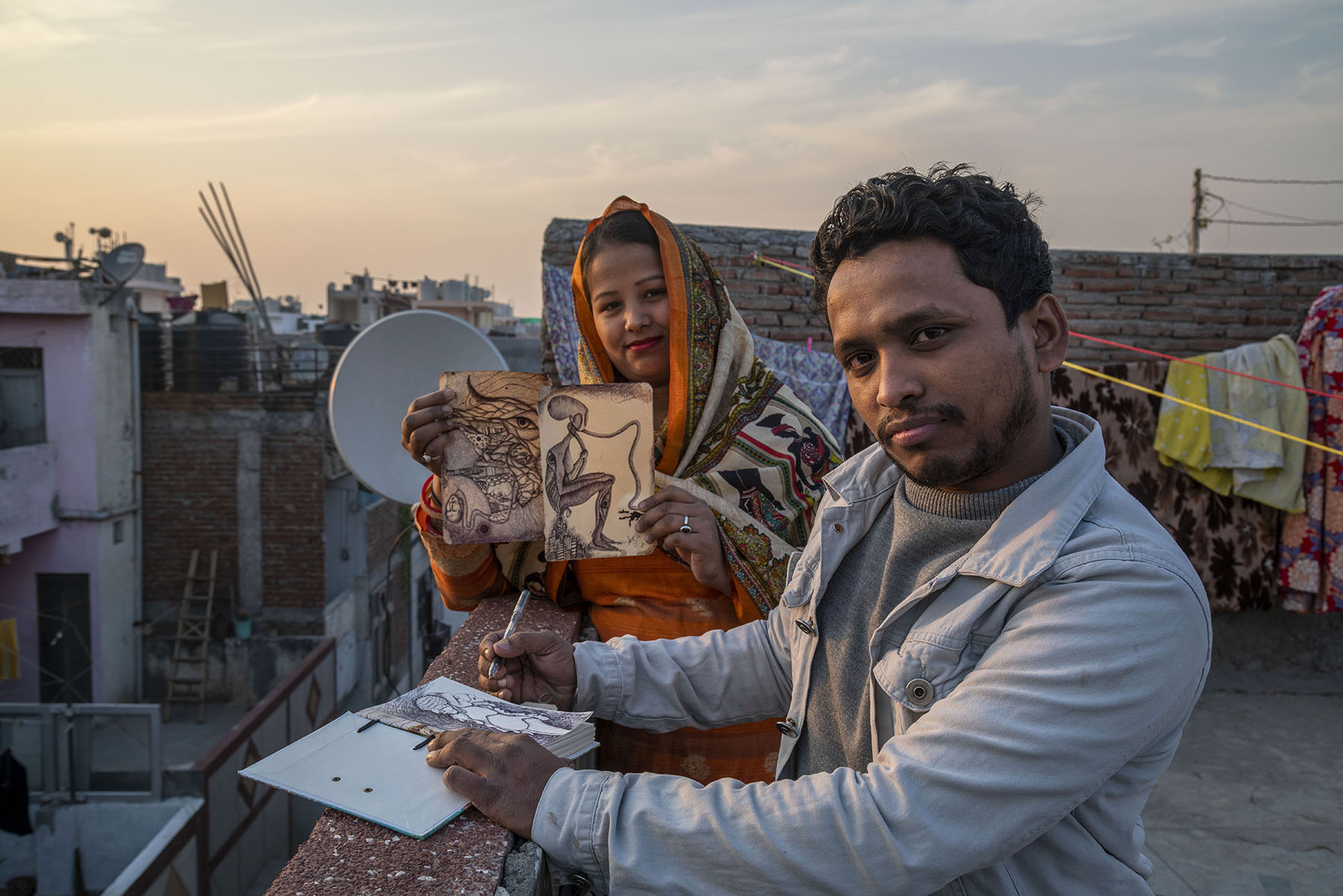 “Nothing and no one can defeat me”

When Niyaz Hussain was studying in a government school in Delhi, art became his companion to overcome his loneliness. Affected by polio at the age of two, his disability kept him friendless: his classmates neglected him and excluded him from their games. He was a backbencher who used to amuse himself by drawing portraits of his teachers. His biggest support was his mother. She told him that after her time on earth he would have to look after himself. “Be your own support,” she told him. “Khud ka sahara bano.”

However, since he is the eldest of five siblings (he has three brothers and a sister) he felt he had to support the family. After school he worked in the Okhla sabzi mandi and sold vegetables. In his spare time he would use the labourers as models and draw their portraits. People noticed his talent and told him that he was wasting his time selling vegetables and he should focus on pursuing his art.

Four years after leaving school, in 2015, he decided to write the entrance exam for Bachelors in Fine Arts at Jamia Milia University, which he selected because they charged less than half the fee that other colleges did. He cracked the entrance exam on his own steam as he had no money for coaching classes. It was a tough four-year course, and art materials were expensive, so he started using recycled waste, and pen instead of pencil. The prize money he won in art contests was channelled into his education.

Niyaz, who sold his first painting in 2011 for a pittance, is today an award-winning creator of 500-plus paintings and installations. He paints during the night and catches up on sleep by day. “My art is my life,” he says. “When I create art I lose myself in it.” This 28-year-old who married his childhood friend Meenu in 2020 is struggling to make ends meet but refuses to compromise his artistic identity by doing commercial art. “My paintings depict human emotions and tell stories,” he says. “I may grow old but my art will remain young forever.”