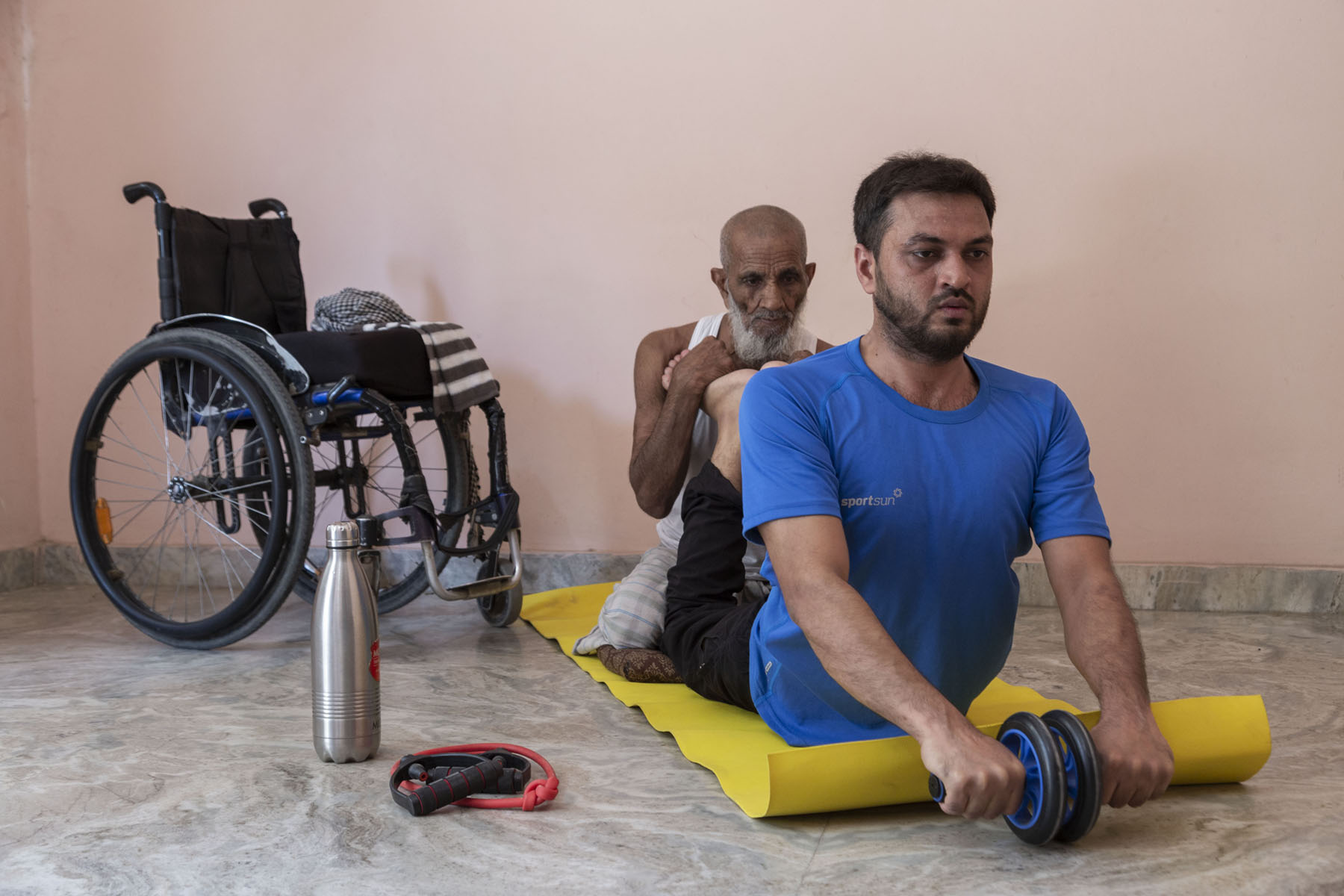 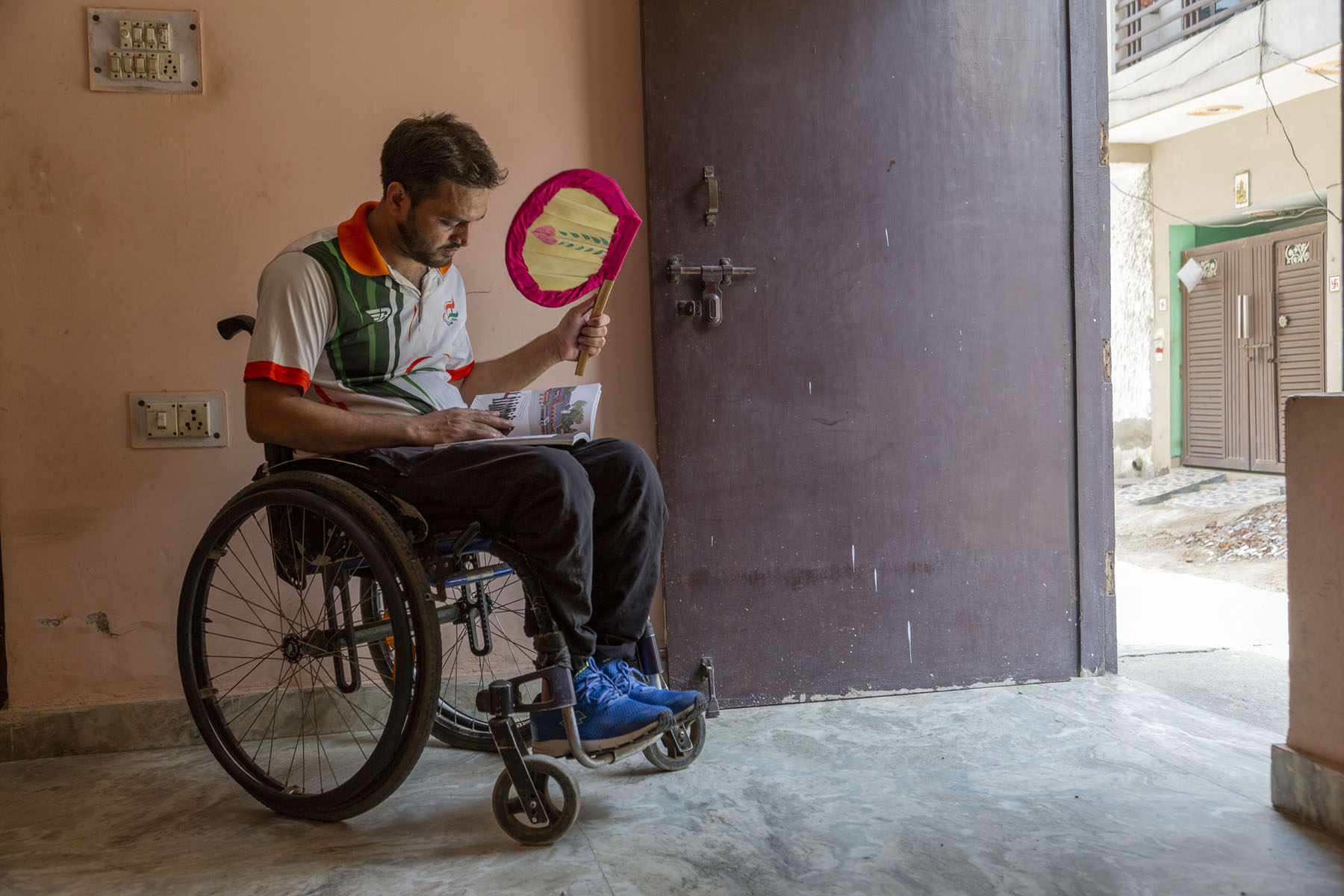 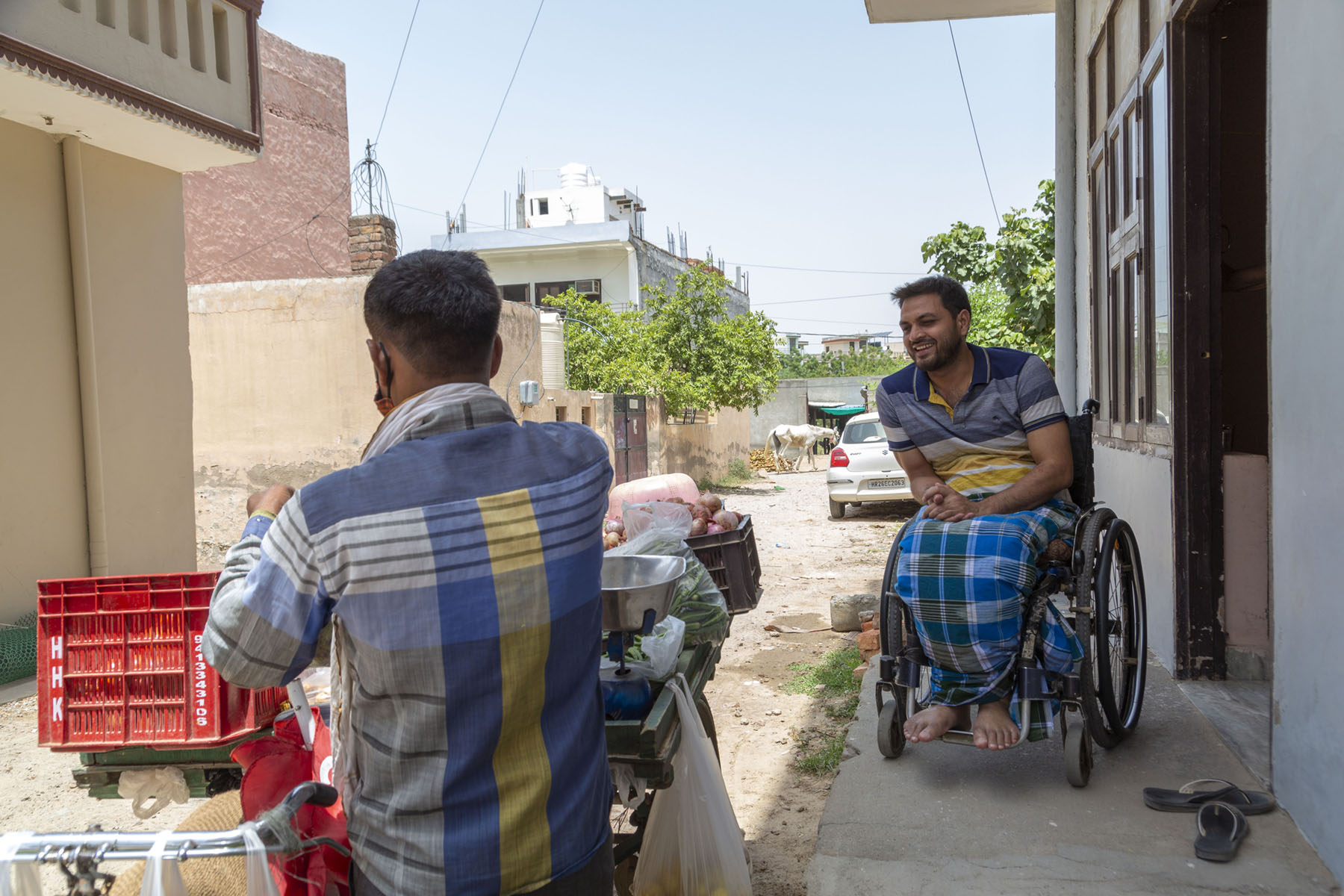 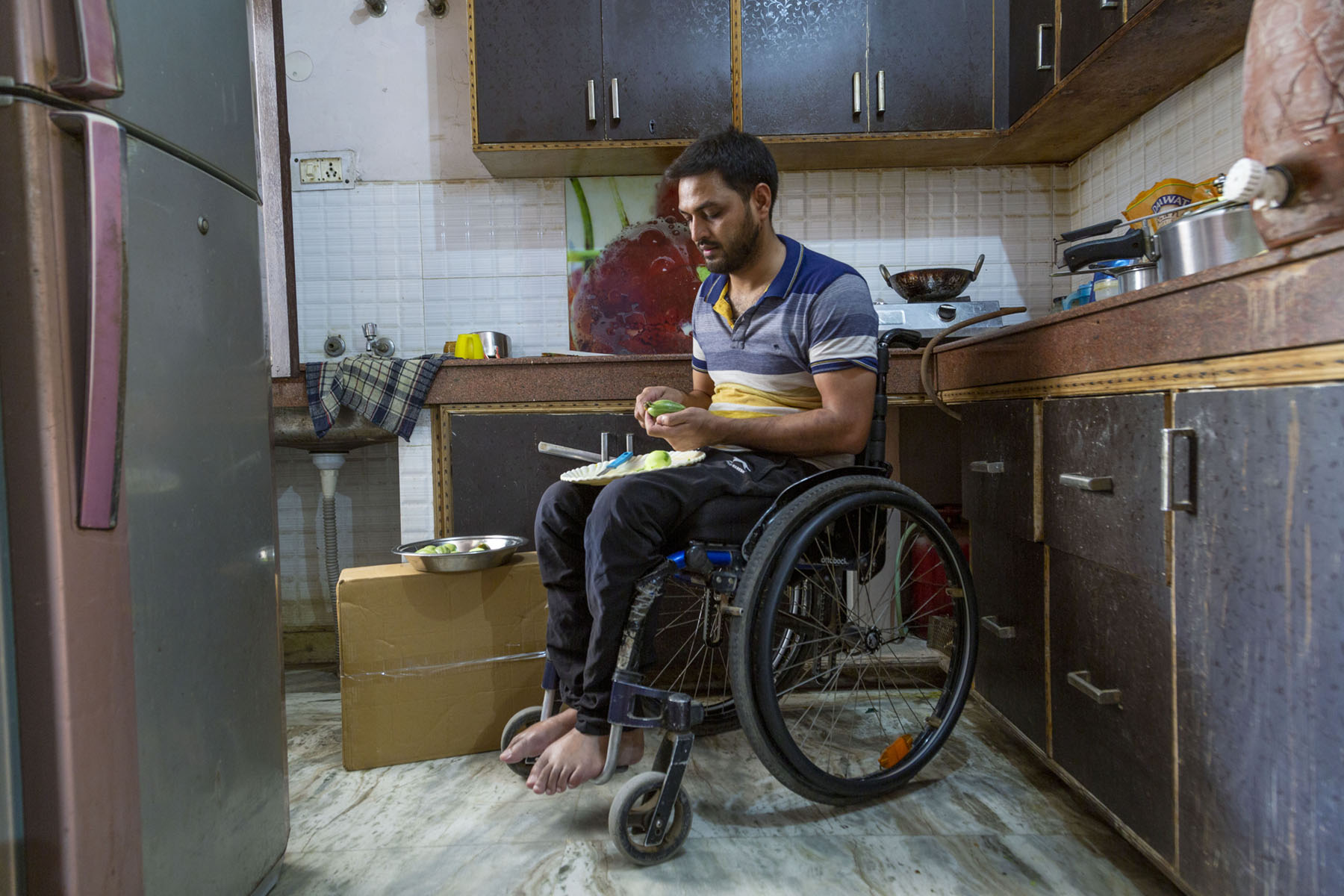 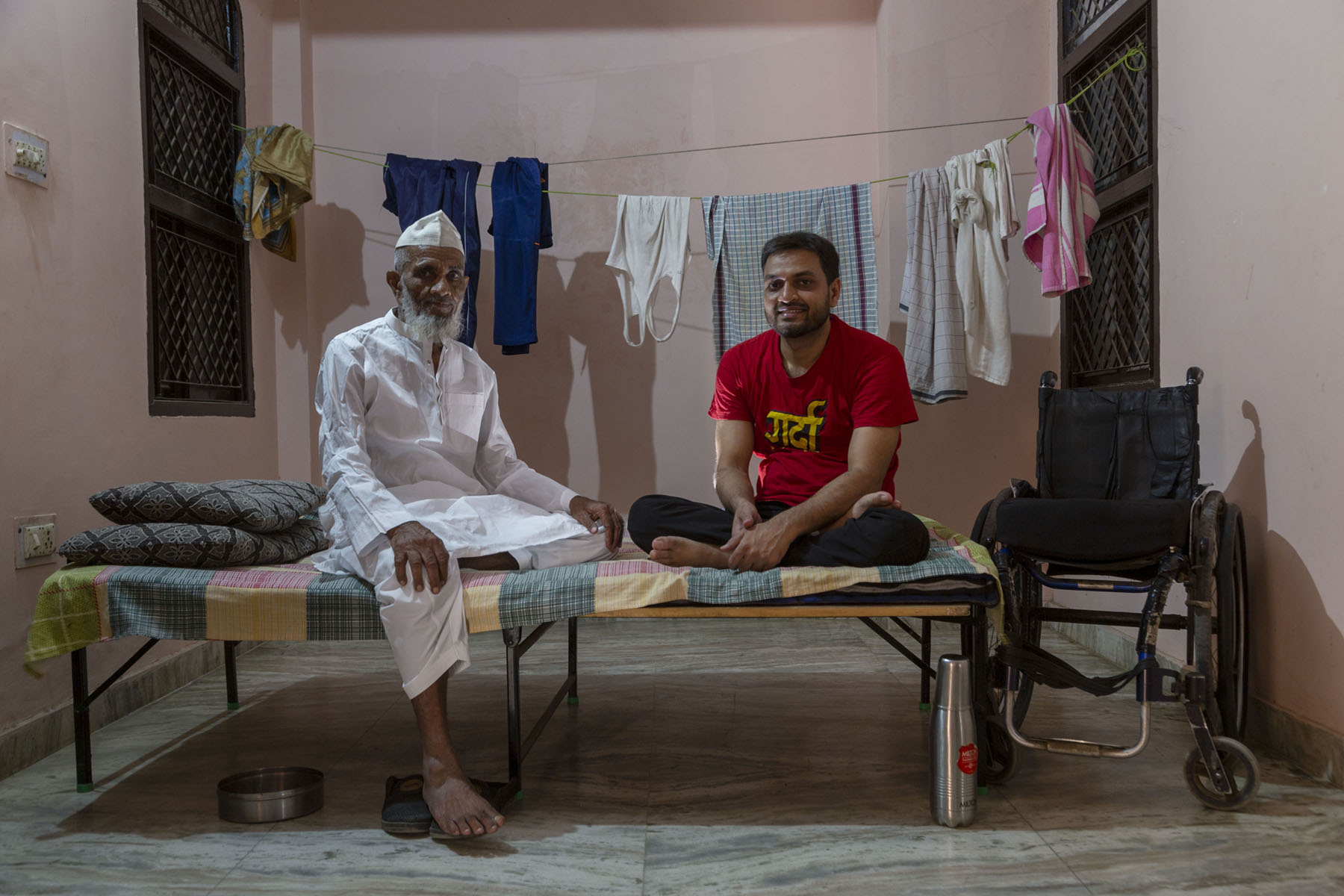 “Time is the best medicine”

Imagine you’re a karate champion winning medals for India. Just before a major event, a surgery leaves you with chest-down paralysis. Mohammad Shams Aalam Shaikh (35) entered the same dark tunnel that you’ve just imagined, but with time he emerged at the other end as a swimming champion, winning medals once again.

Shams was born in Rathos village in Bihar’s Madhubani district. In his family of eight, his father Mohammad Nasir, who had finished secondary school, was the most highly educated. Shams was six when he joined school in Byculla, Mumbai where two of his older brothers ran a leather goods business. He went on to secure an engineering diploma and later a B.E.

Shams had always been the sporty type. In Mumbai he wanted to learn the martial art form Kalaripayattu but found no one to teach it. He considered becoming a wrestler like his grandfather, and finally settled on karate. In this he excelled, earning a black belt and reaping over 50 medals at the state, national and international levels.

He was getting ready for the 2010 Asian Games when he was diagnosed with a tumour in his back. The consulting doctor sounded optimistic: “You’ll need a surgery but you’ll quickly recover in time to qualify for the Games.” Shams recalls: “I believed the doctor’s words. I had the same faith in him as I have in the Almighty.” But the surgery didn’t go well and he acquired paraplegia.

For two years he suffered intense disappointment and frustration. His friends from college and the karate community and his family, particularly his sister and mother (who is no more), were pillars of support. During a rehabilitation session at the Paraplegic Foundation, he met two reputed para-sportsmen: Rajaram Ghag, who had swum across the English Channel, and Satyaprakash Tiwari, a badminton and TT player. The encounter opened his eyes to possibilities. Sport was in his blood, after all.

From karate strikes to swimming strokes — Shams won numerous accolades, including breaking the world record for the longest distance of open-sea swimming by a paraplegic. But trophies and Paralympic dreams are not his sole preoccupations. As a motivational speaker, he spreads awareness on accessibility for PwDs. He has played a key role in setting up district level para sports associations in Mumbai. Chosen for the Global Sports Mentorship Program 2018, organised by the US State Department in association with University of Tennessee, he presented his vision of creating an accessible India through sports.

After Shams moved to Gurugram, Haryana in 2019, he started working with a company to produce customised affordable wheelchairs. He lives with his father who, though nearly 90, does yoga, is fighting fit, and helps him with his physio exercises.