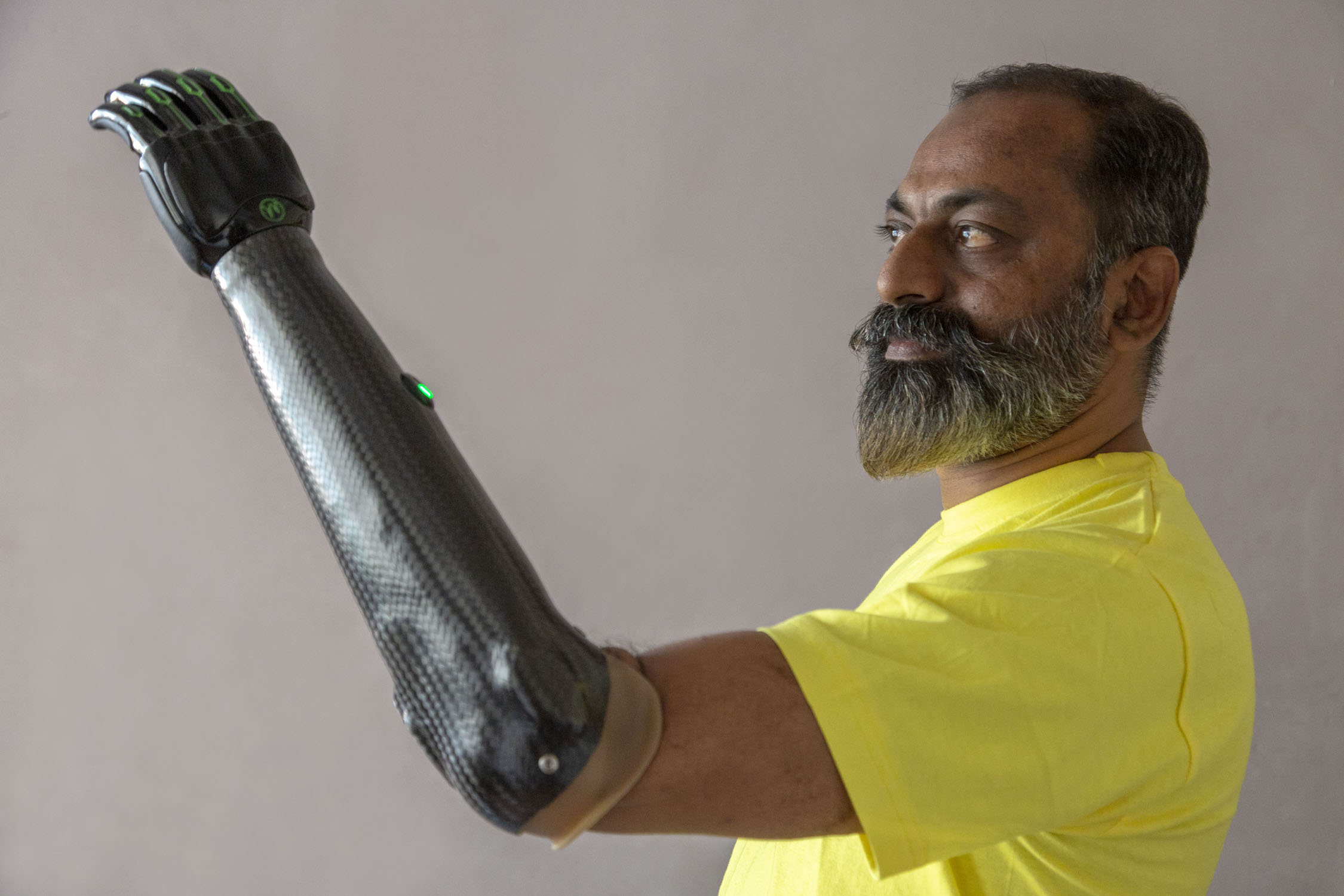 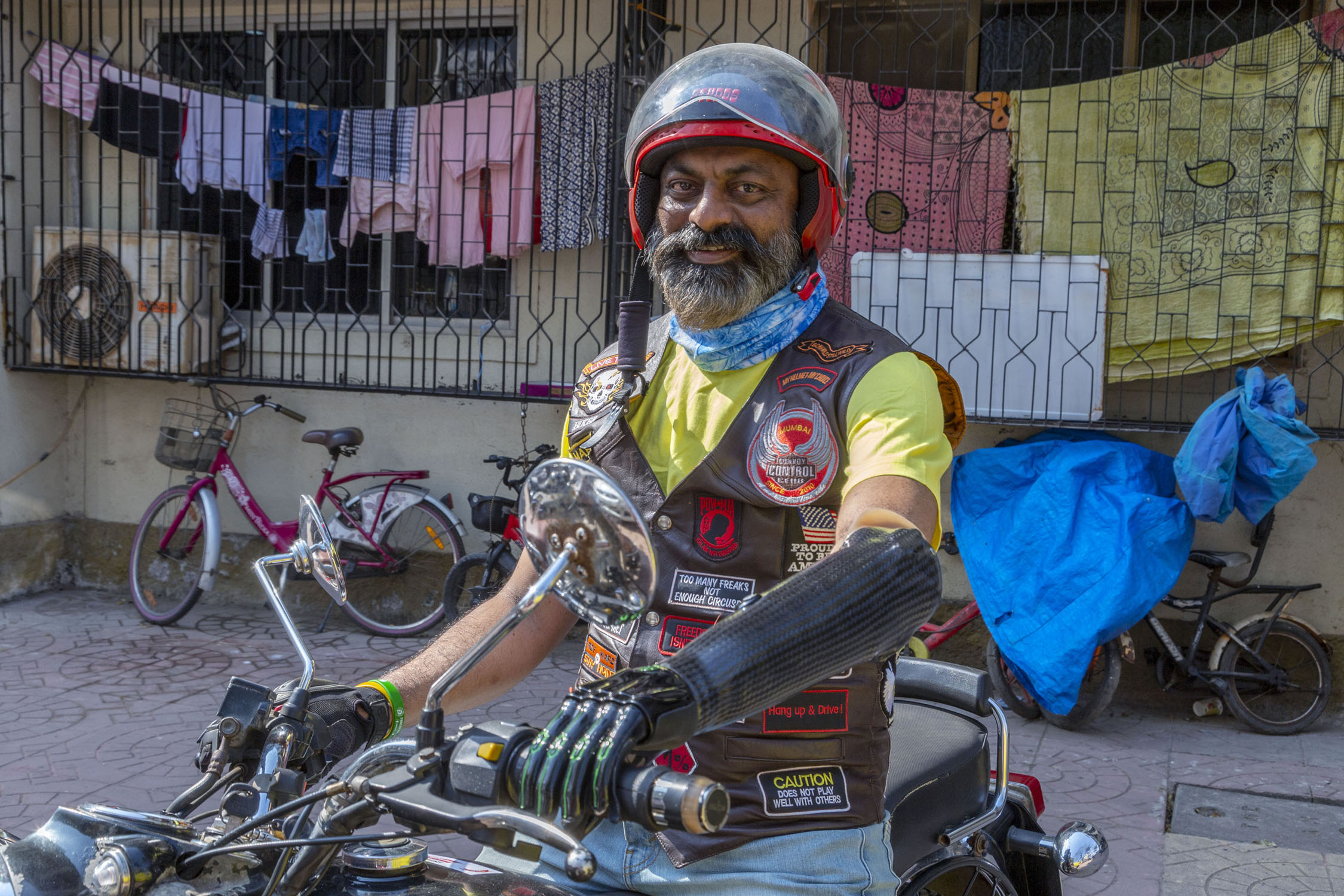 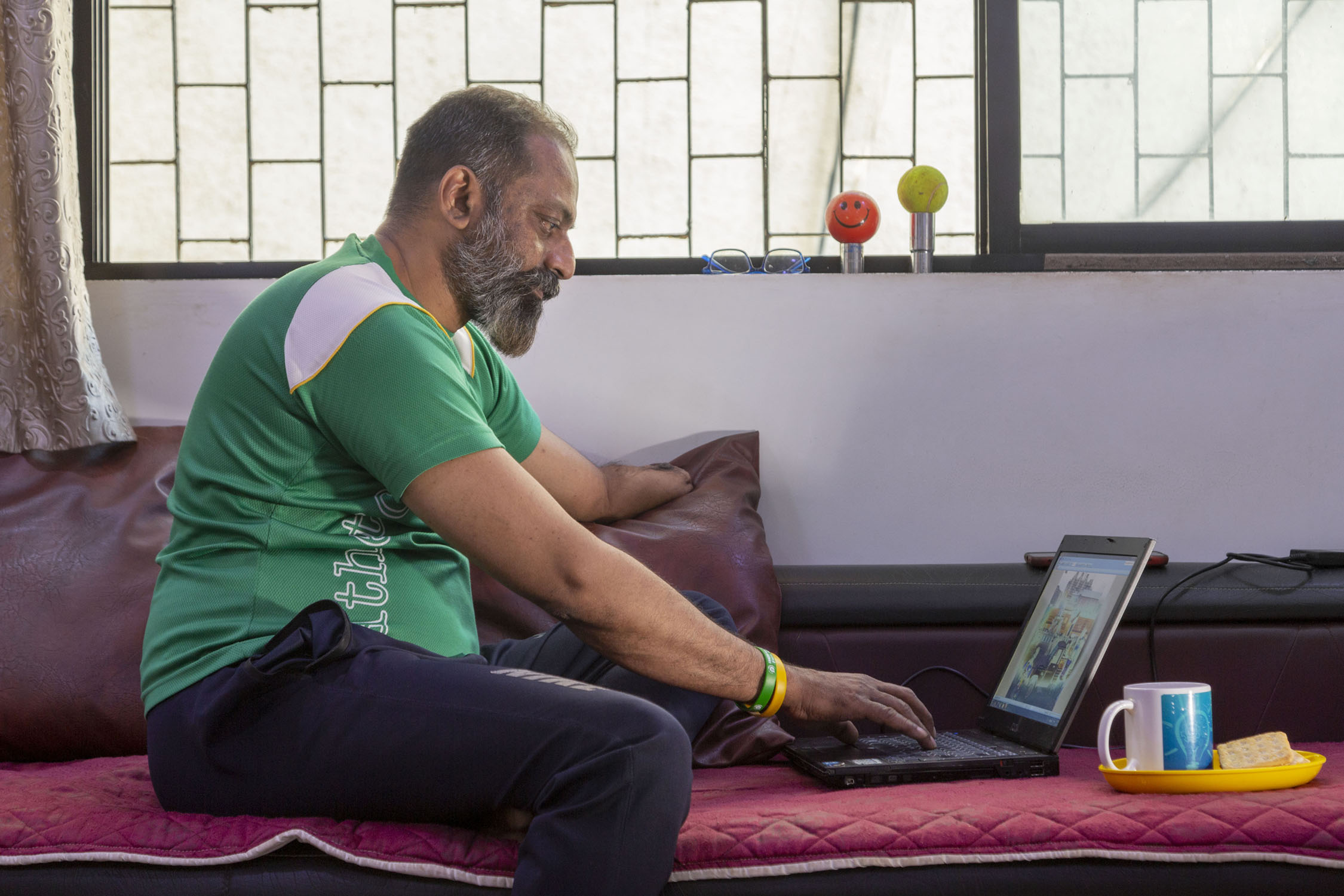 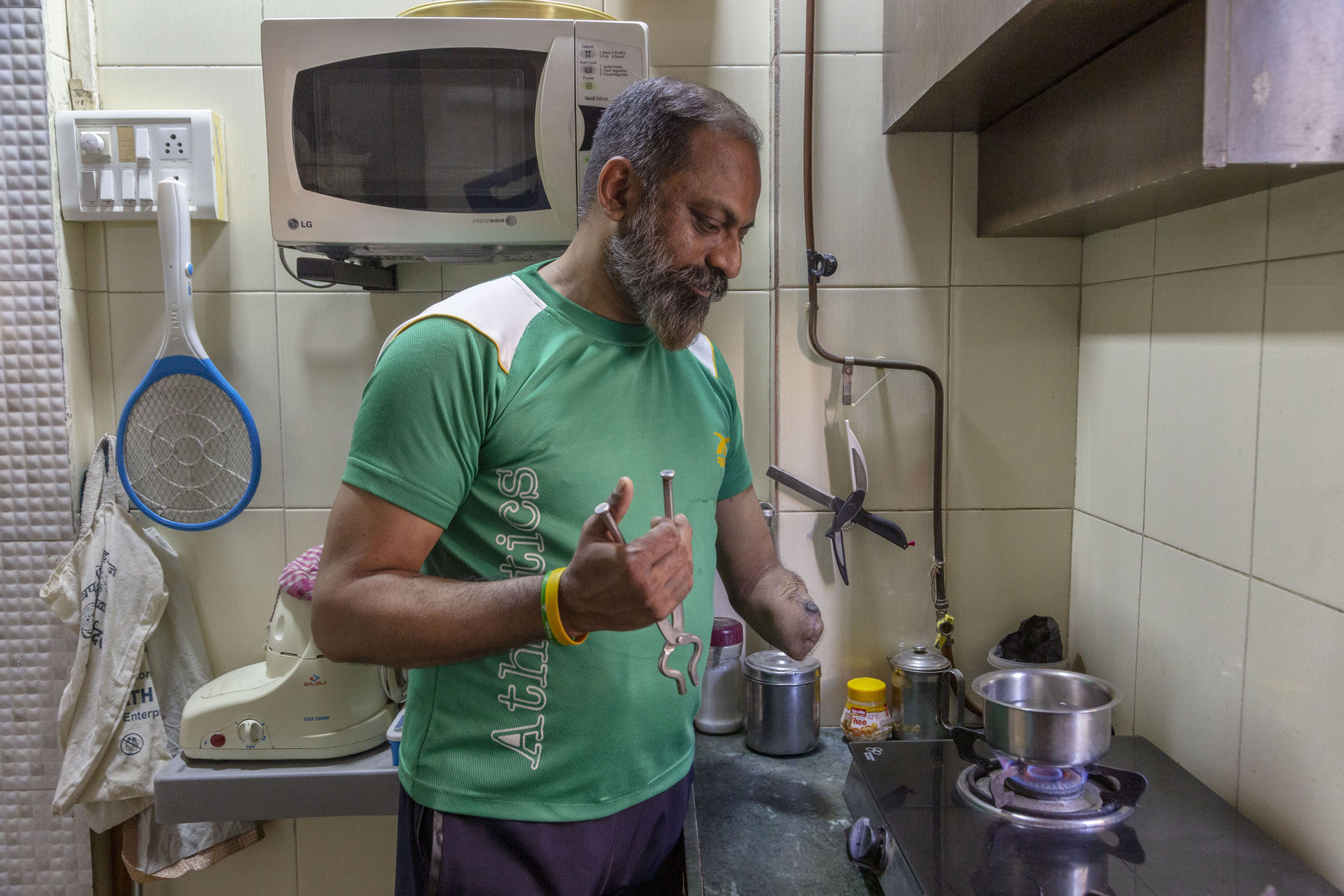 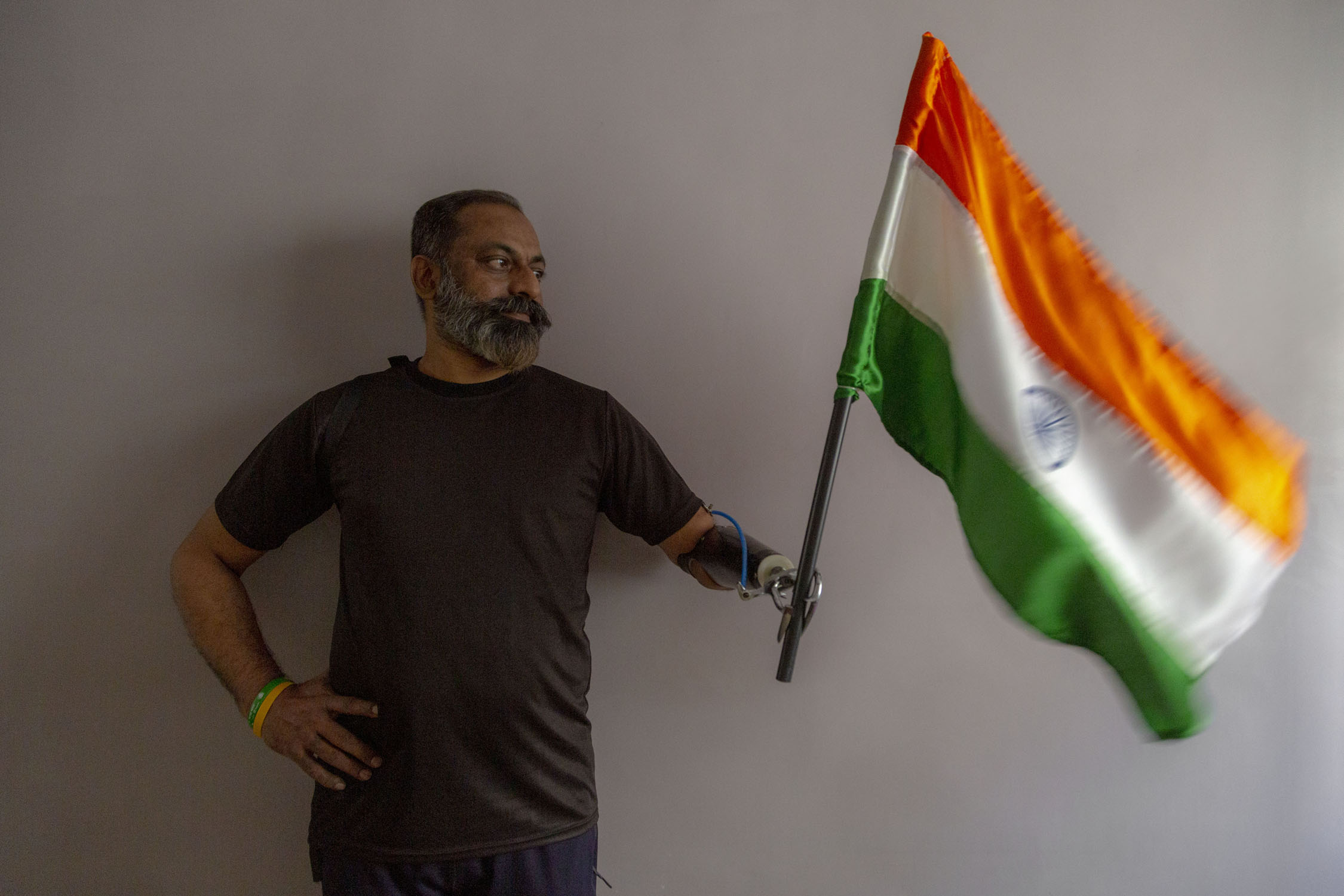 There is a date that marks a ‘before’ and an ‘after’ in the life of Mahendra Vilas Pitale (49) from Mumbai: 11 July 2006. He was among the hundreds whose lives were rocked by the ‘7/11 train blasts’ as the media terms the series of bombs that exploded on the metro’s suburban railway.

Mahendra, an employee of the architectural glass and furniture company, Morbiwalas in Vile Parle, left office every day at 7.30 p.m. All his friends knew that if they wanted to meet Mahen (as they call him) for chai and sandwiches it would have to be after 7.30. On 11 July his boss asked him to pick up some material needed for the office. By the time I get to the store after 7.30 it’ll be closed, said Mahen. It’s only 6 p.m. now, so leave immediately, his boss replied.

And that is how Mahen happened to be on the railway platform at Jogeshwari when a bomb went off. He flew up in the air. “Why is this happening to me?” was his first thought. He remembers standing up after five minutes and looking at the bodies strewn around him. “I’ve only lost my hand,” he thought. He checked his mobile and called his uncle and his neighbour. Bleeding profusely from his left hand, he was taken to BSS Hospital. It was when TV channels asked his name that his relatives eventually discovered his location.

The next day his hand was amputated. “I had chest congestion. For two days I kept getting the smell of the explosives from the blast,” he recalls. Since skin grafting takes a long time to heal he was discharged after a month, following which he rested at home for two months. And then he was back at work, taking the same train to office and drawing the curiosity of his familiar co-passengers! His attitude was: “Zala te zala” (in Marathi, “what’s done is done”).

Mahen was born and raised in Govindnagar in Borivali. In fact he now lives in Dahisar only temporarily until he can move back to his building in Borivali, which is being re-developed. His father Vilas Pitale, who died in 2015, was a diesel mechanic in the Indian Railways and his mother Vaishali, who died in 2019, worked in pharmaceuticals. His Marathi-medium school, Vidya Vikas Sabha in Govindnagar, was in the compound adjacent to his building. He would often pretend to have forgotten to bring his homework, dash home, get the key from the neighbour, hastily finish doing it and bring it back, although the teacher, alerted by his shoddy work, usually caught him out! Childhood memories: renting a bicycle for one rupee an hour and playing marbles, hide’n’seek and robber-police with friends (whom he is still in touch with on their Facebook group).

Mahen was an average student but he was always good at drawing. After tenth standard he chose to spend five years at the L.S. Raheja School of Fine Arts, specialising in commercial art. Looking for an emerging area he could work in, he ventured into glass. In 1998 he joined Glass Vision in Dahisar, designing and creating glass murals and sculptures from end to end. The trophy that the company had sponsored for the Sharjah Coca Cola Cup in 2000 was entirely his creation. The previous year on the company’s sponsorship he had met the Indian team during the World Cup series and presented Sachin Tendulkar with a glass bat.

In 2003 he sought better prospects in West Asia, working in Dubai and Muscat for two years. His favourite project was for the Toyota showroom, when he created a glass arch five storeys high, using almost 400 sections of fusion glass. He returned to work for Morbiwalas in 2005. After his accident the company gave him a cable-operated mechanical hand for free. A prosthetic hand that cost Rs 7 lakh was beyond his means. In 2007, however, after journalist Rajnish Kakade did a news feature on him and other media outlets followed suit, he raised enough money to buy the prosthesis. It enabled him to continue his profession and also take part in outdoor activities: rifle-shooting, archery and bike-riding.

Seeking a more stable income he applied for a government job in 2008. After the intervention of then MP Kirit Somaiya and the Railway minister he got a job in the Indian Railways in 2015 in the ‘bomb blast victims’ quota. He was appointed as a khalasi maintaining trains, and when he projected his designing and computer skills he was bumped up to ‘clerk’ but also given assignments such as designing posters and train interiors.

Weekends usually find Mahen astride his Royal Enfield (RE) or Yamaha RX, spreading awareness about disability as part of the Convoy Control Club Mumbai. With other RE enthusiasts he goes on longer rides to promote social causes. He never misses the annual RE Rider Mania and India Bike Week in Goa.

Mahen points out that hi-tech prosthetics cost up to Rs 40 lakh. He gives feedback to Indian developers of reasonably priced prosthetics by testing their products. He also helps design modified wheelchairs and prosthetics for amputees based on their requirements. “The prices of prosthetics must be reduced so that amputees can reduce their dependence on others,” he says.