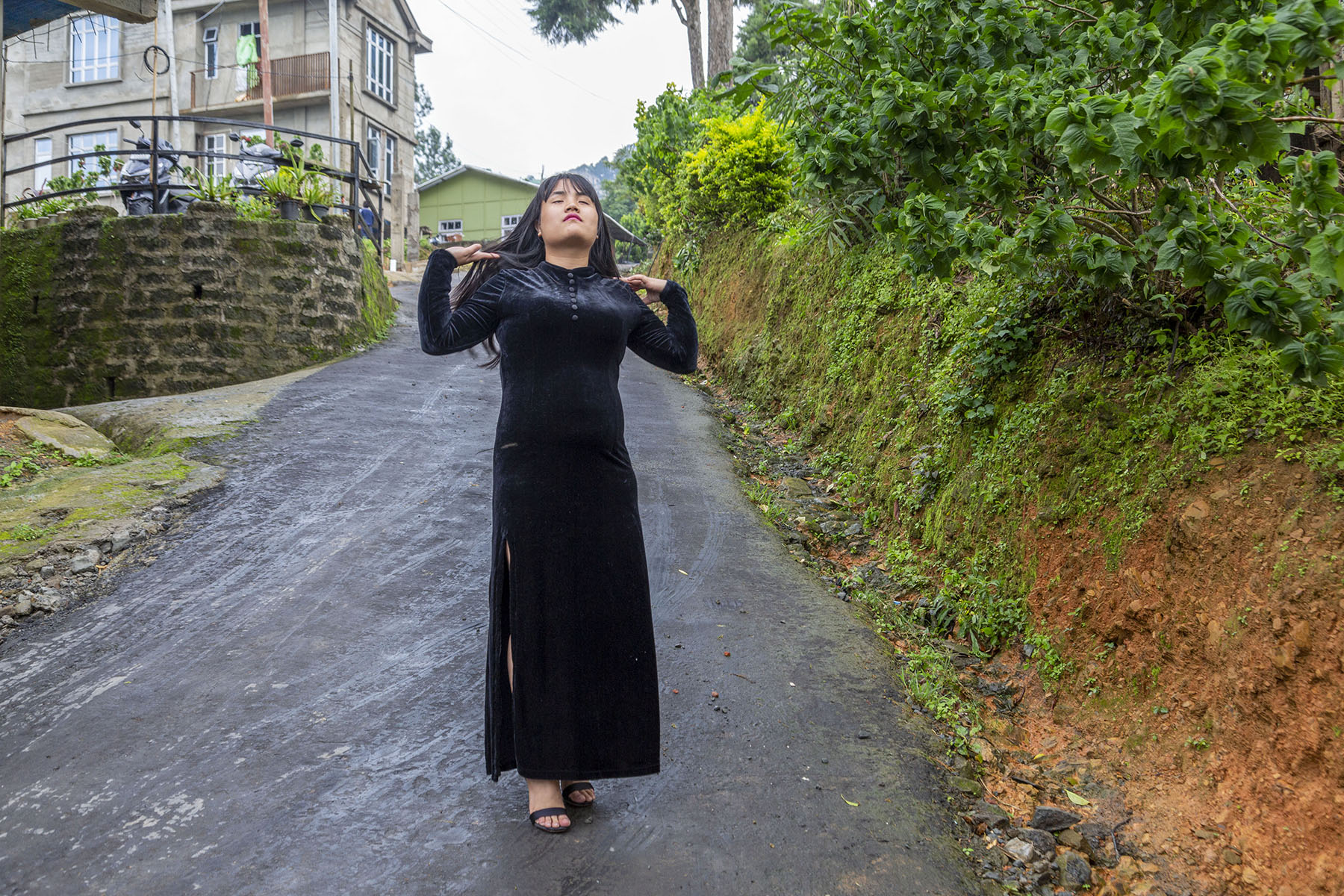 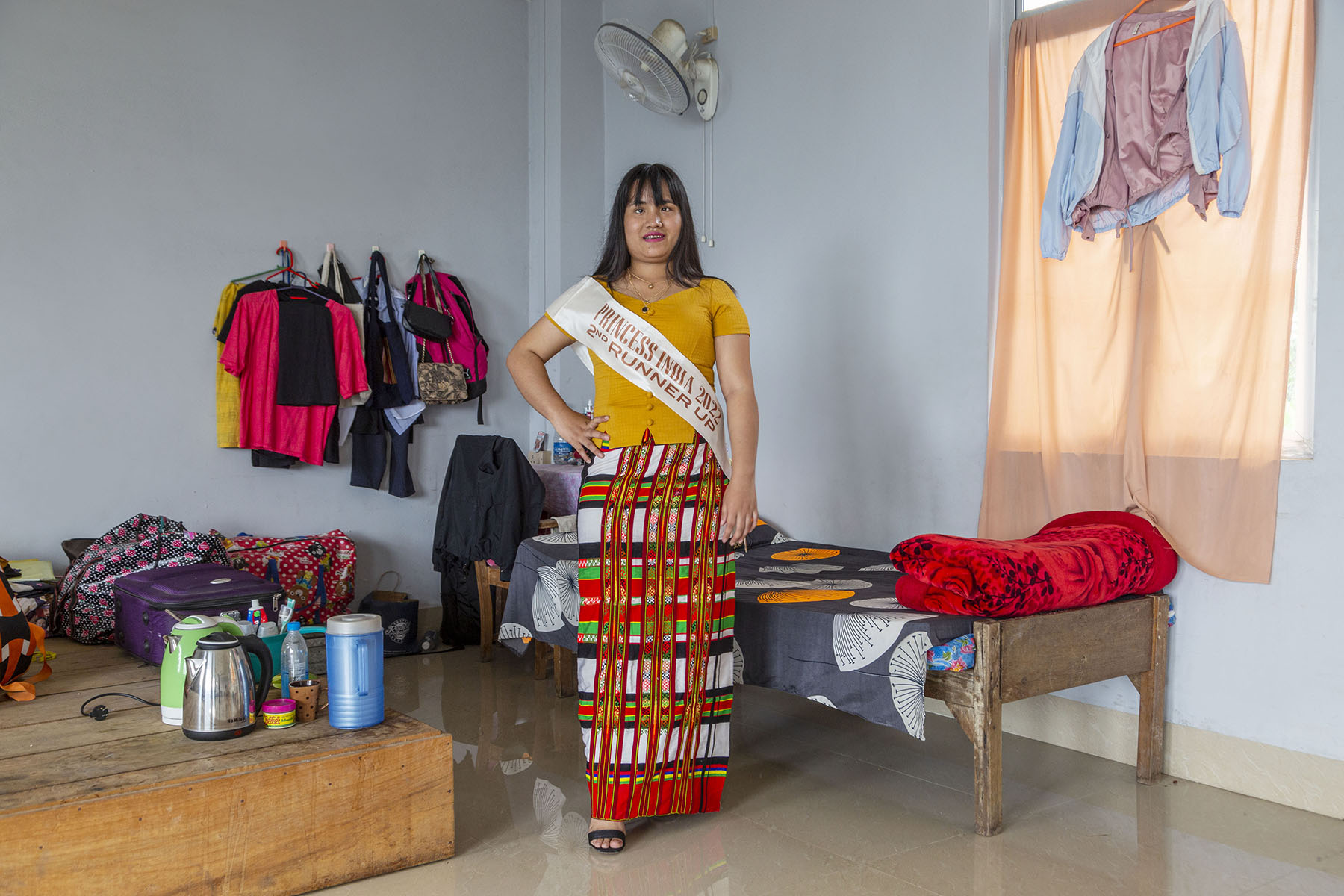 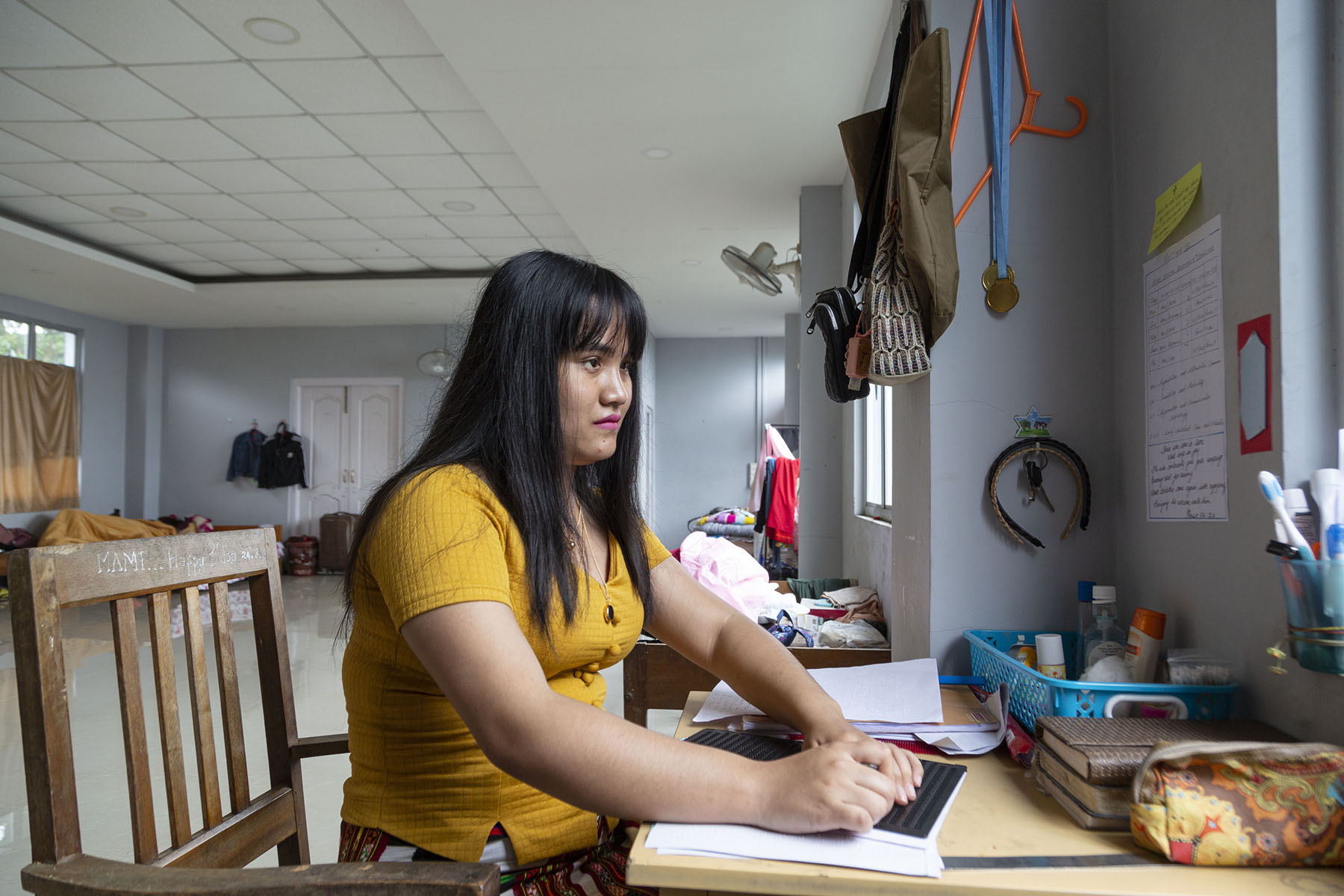 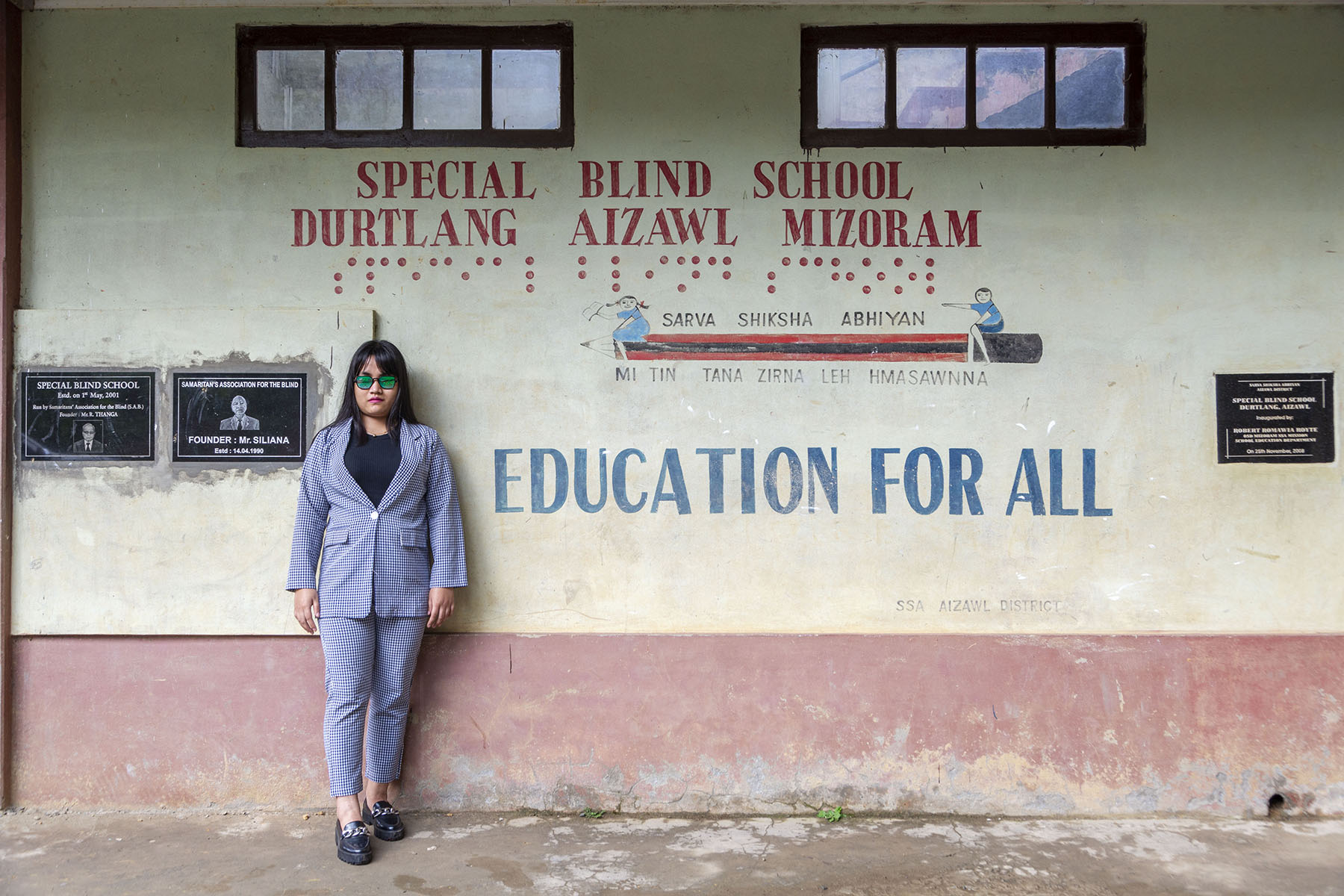 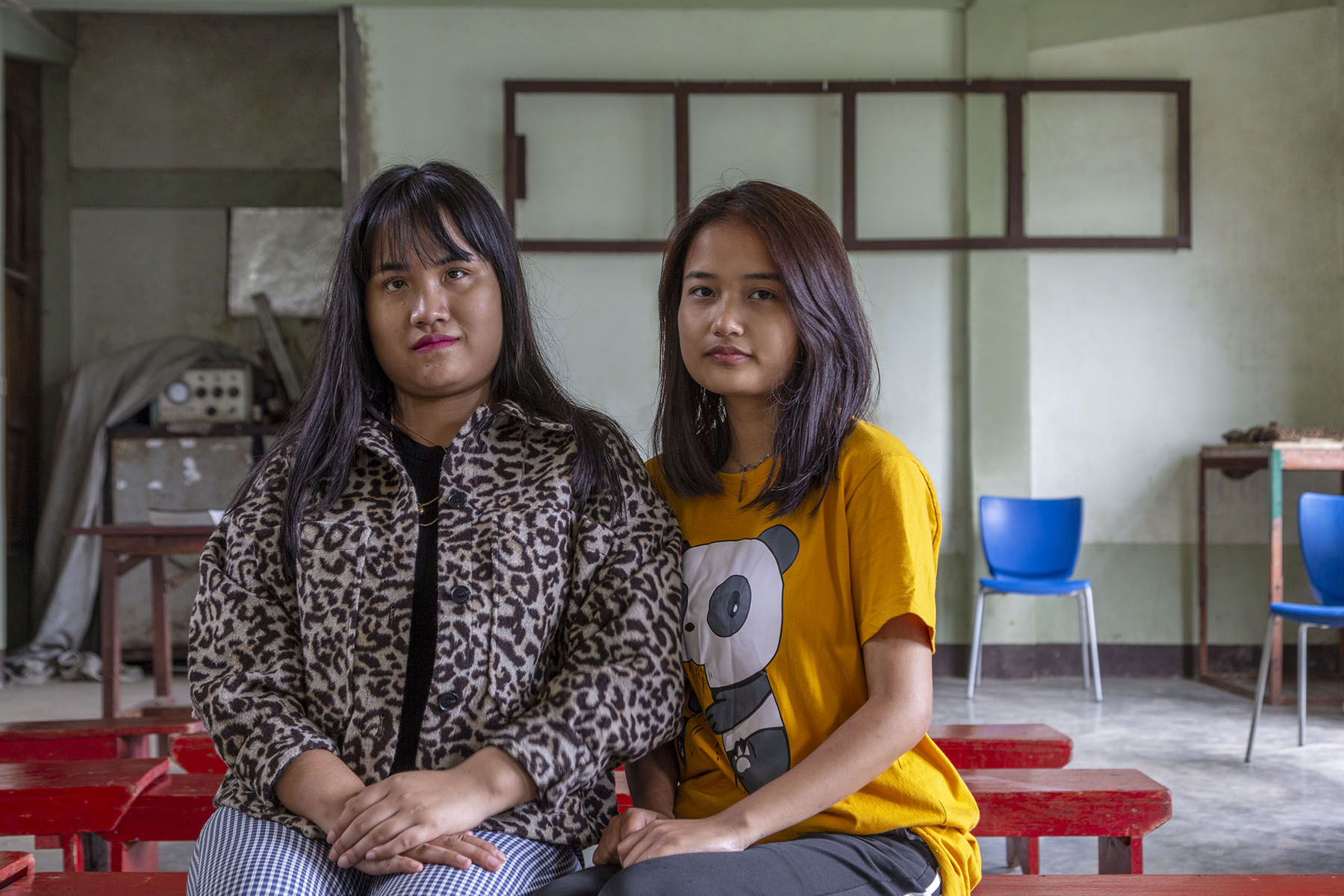 “My heightened senses help me perceive a pleasant world through different sounds, smells and touch”

Ludy Chhachhai (25) was the fourth child of C. Beisa and J. Ngova who worked a small farm in Lungbun village, Mizoram. Members of a Mara-speaking tribe (Mara being a Kuki-Chin language), they grew vegetables, reared fish in a small pond, and managed to provide for their children: Ludy, her eldest sister Rosemary, older brothers Albert and David and younger sister Roselyn.

When she was three years old Ludy was diagnosed with cancer of the eye. Both eyeballs had to be removed. Beisa and Ngova were paralysed with grief. For a long time they couldn’t get back to their daily routine and they even stopped going to church. “To this day my mother hasn’t fully come to terms with what happened to me,” says Ludy. She, on the other hand, naturally learnt to employ her other senses to inhabit her environment. (Much later she obtained artificial eyeballs.)

When Ludy turned six her mother admitted her to Special Blind School in Durtlang, Aizawl as a hosteler. Ngova was determined to provide Ludy a good education and paid no heed to the gossipmongers who whispered, oh, she has found a way to get rid of her blind daughter. In the beginning Ludy was mercilessly ragged because she spoke Mara and everyone else spoke Mizo. She took it as a challenge and became fluent in Mizo after which she was accepted in the group. “My principal and my ‘ma’am’ were like a second father and mother to me,” she says.

In 2008 the family moved to Siaha district (called Maraland because Mara is spoken there) and started a small business – a shop selling clothes and local attire. Meanwhile Ludy was flourishing in school, getting distinction in every subject and writing stories in Braille. But when she hit the ‘terrible teens’ she went into such a depression that she left school in Class 8 and stayed at home for a year. “Why did God make me this way?” she asked the heavens. Then she decided to come to terms with her condition. “I strongly believe that acceptance is one of the key solutions in life,” she writes. “Just accept reality and turn obstacles into challenges.” In fact she told us she used to even crack jokes about her blindness, which her family didn’t appreciate all that much!

Ludy returned to Class 9 and started getting involved in Blind Sports, doing long jump and javelin throw at a meet in Amritsar, and later winning medals in the 100-metre and 200-metre races. She completed Class 10 in 2014 and Class 12 from the mainstream Durtlang Higher Secondary School. In December 2016 she competed in a sports meet in New Delhi conducted by the Indian Blind Sports Association. Government Hrangbana College was her alma mater; she wrote an article for the college magazine and in 2019 she received a B.A. Honours degree. In June 2022 she completed her B.Ed (with a specialisation in visual impairment) from the State Centre for Educational Research and Training.

Ludy loves to sing and can play the guitar and keyboards; she won third position in a singing competition. She likes to wear stylish clothes that fit her well; she chooses the fabrics, asks her friends about the colours, and designs the garments herself. Fashionable Ludy was second runner-up in Princess India Mizoram 2022, an online beauty pageant for the visually impaired.

Since she is quite capable of living independently (“I love cooking and I am trying to go vegan”) she is preparing to go to Washington Adventist University in the US for a Masters in Psychology and Counselling. Her goal is to teach visually impaired children. Over the years the family’s financial conditions have improved: Rosemary and Albert are married and well-off, Roselyn is working in Dubai and David has done his M.A. Economics from ICFAI University in Aizawl with the intention of going into banking.

Ludy adores her beautiful black tomcat Tintin. “He follows me,” she tells us. “He ‘talks’ to me, keeps making little sounds to tell me, hey, I am here, following you! His companionship is one of the precious things in my life.”