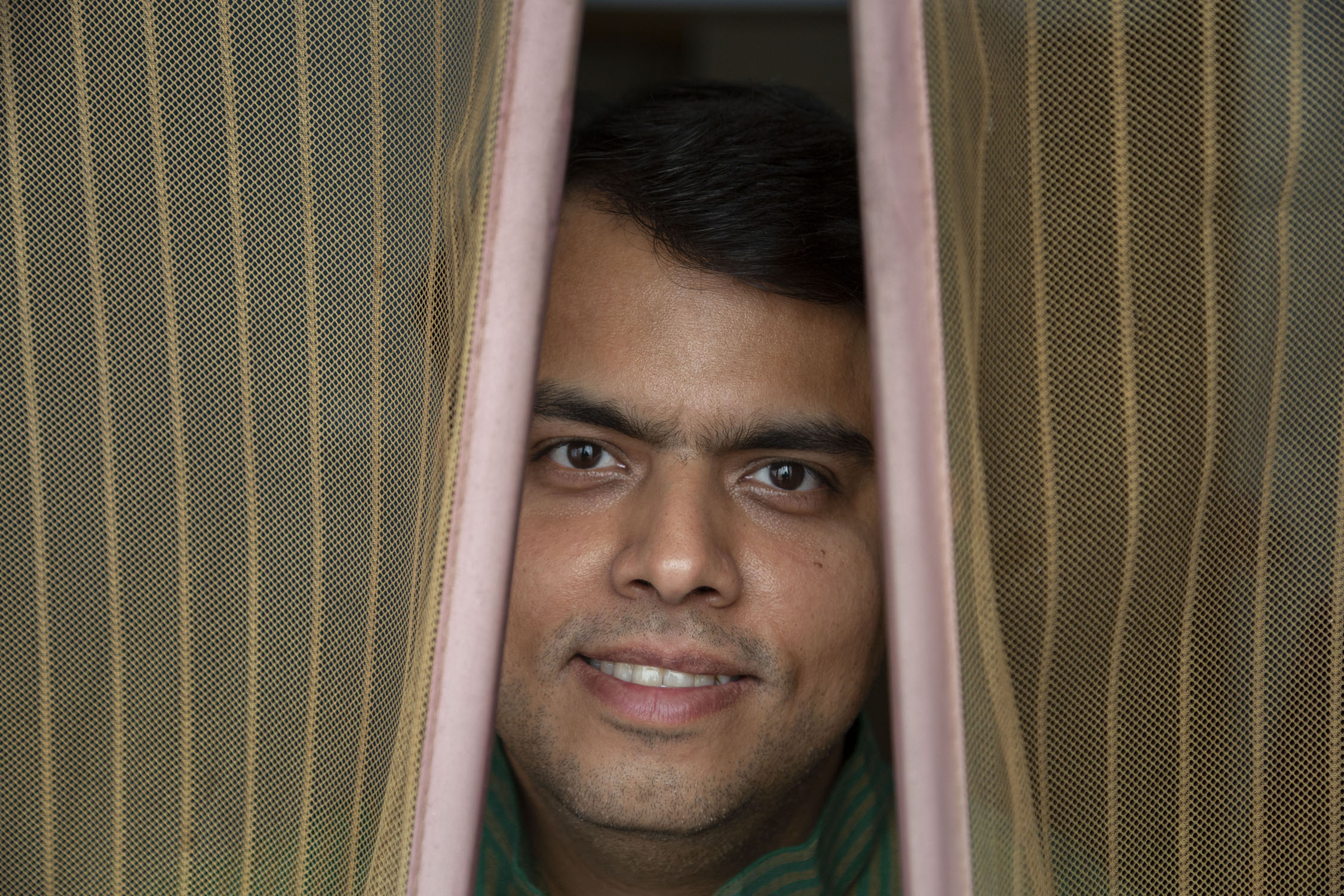 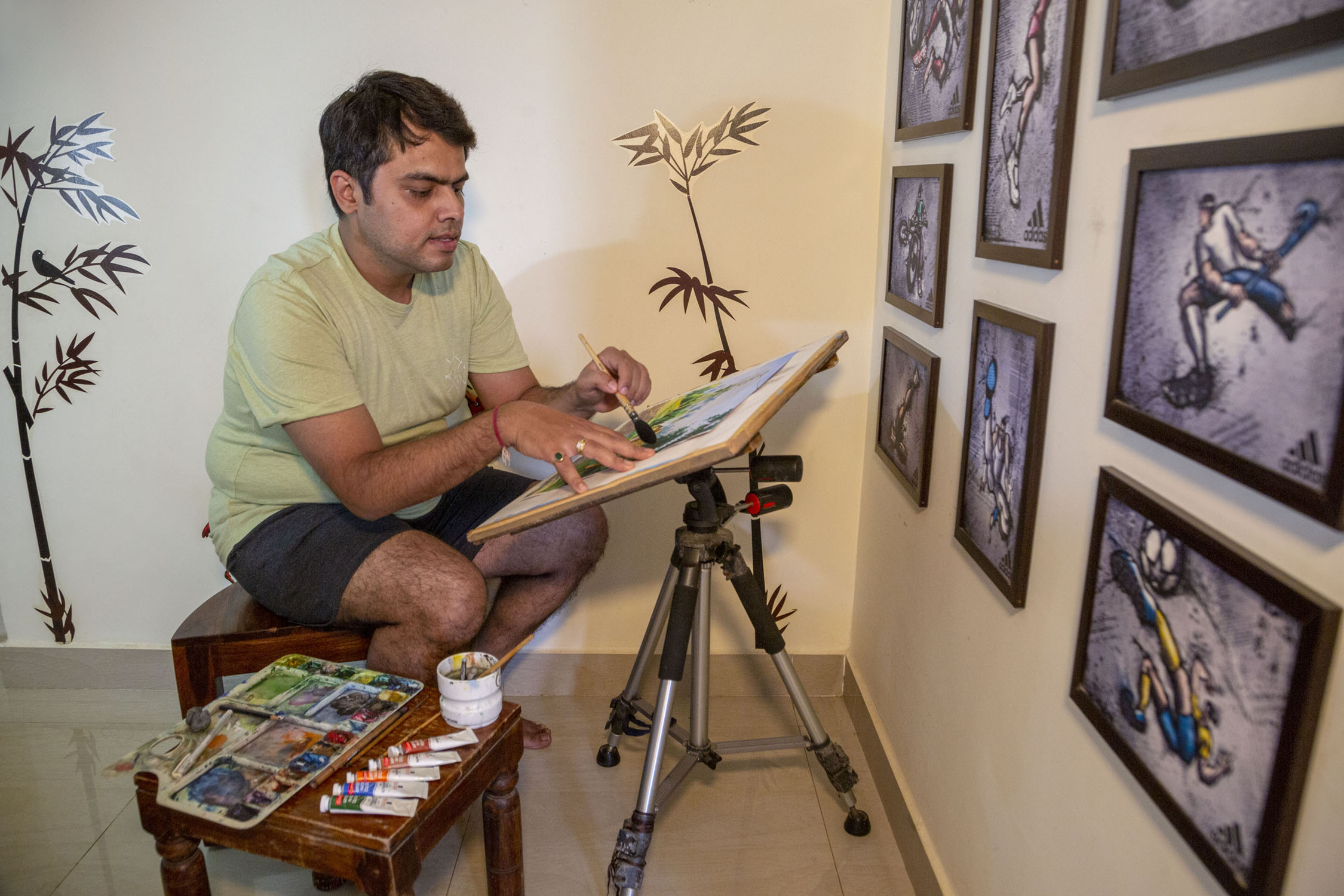 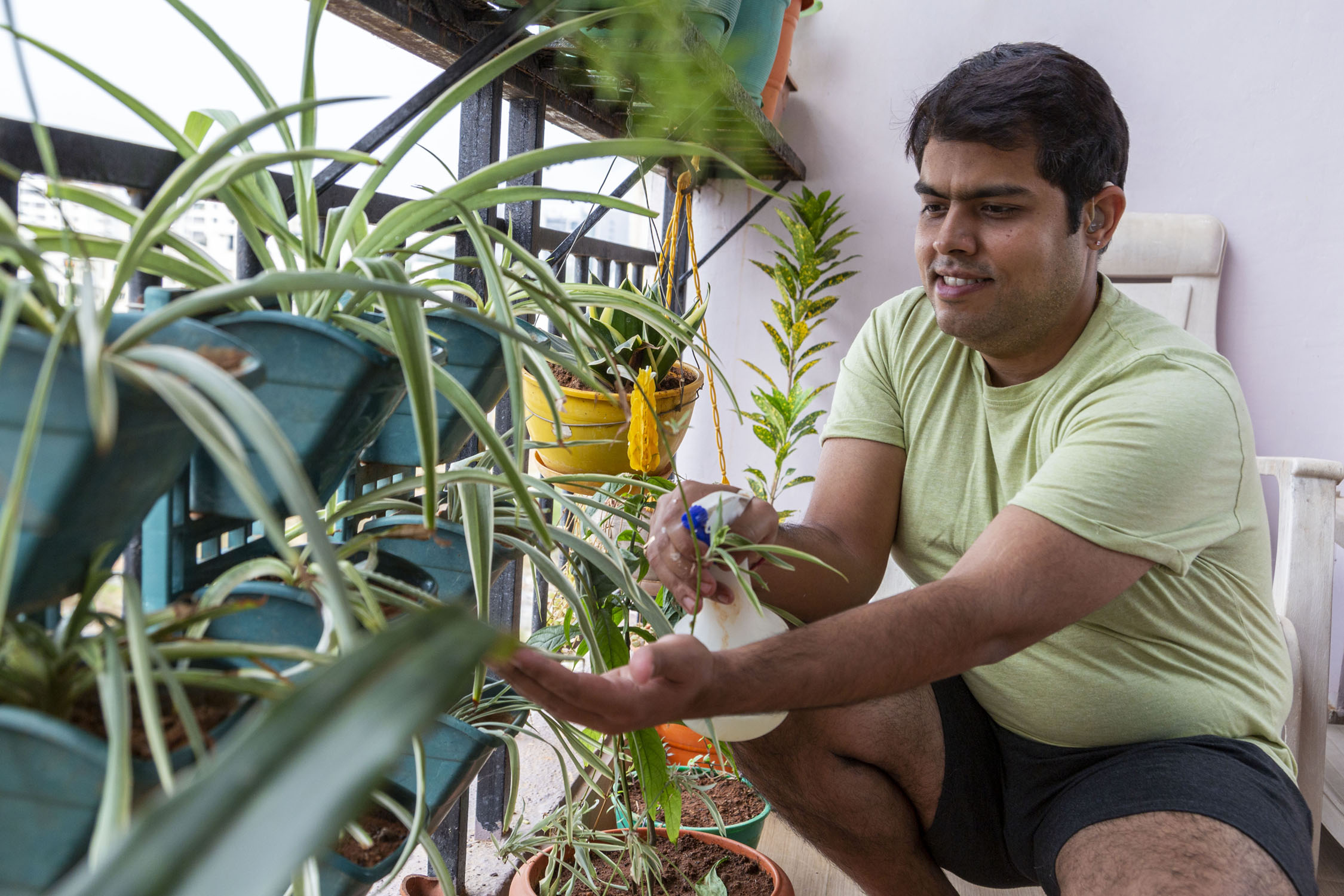 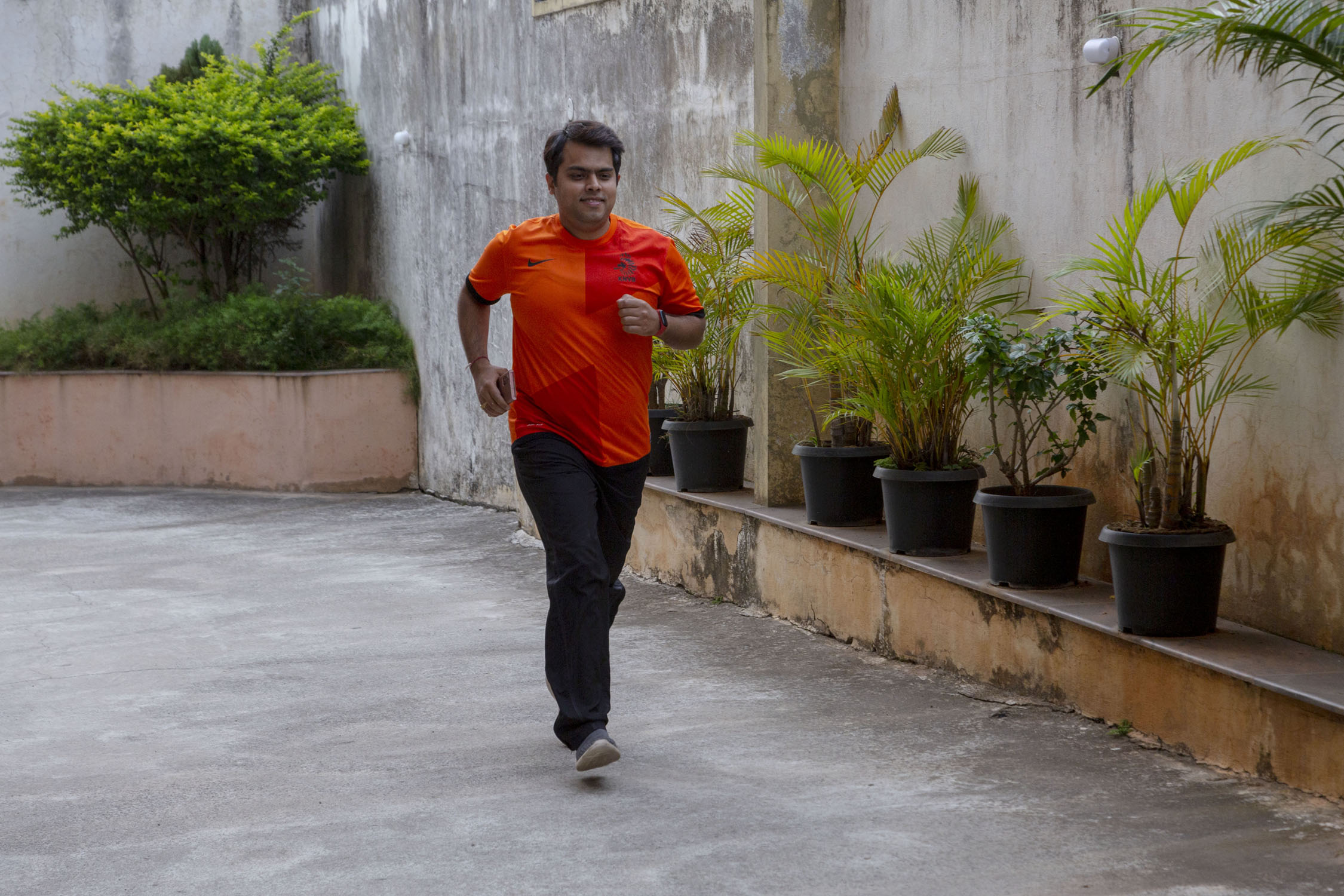 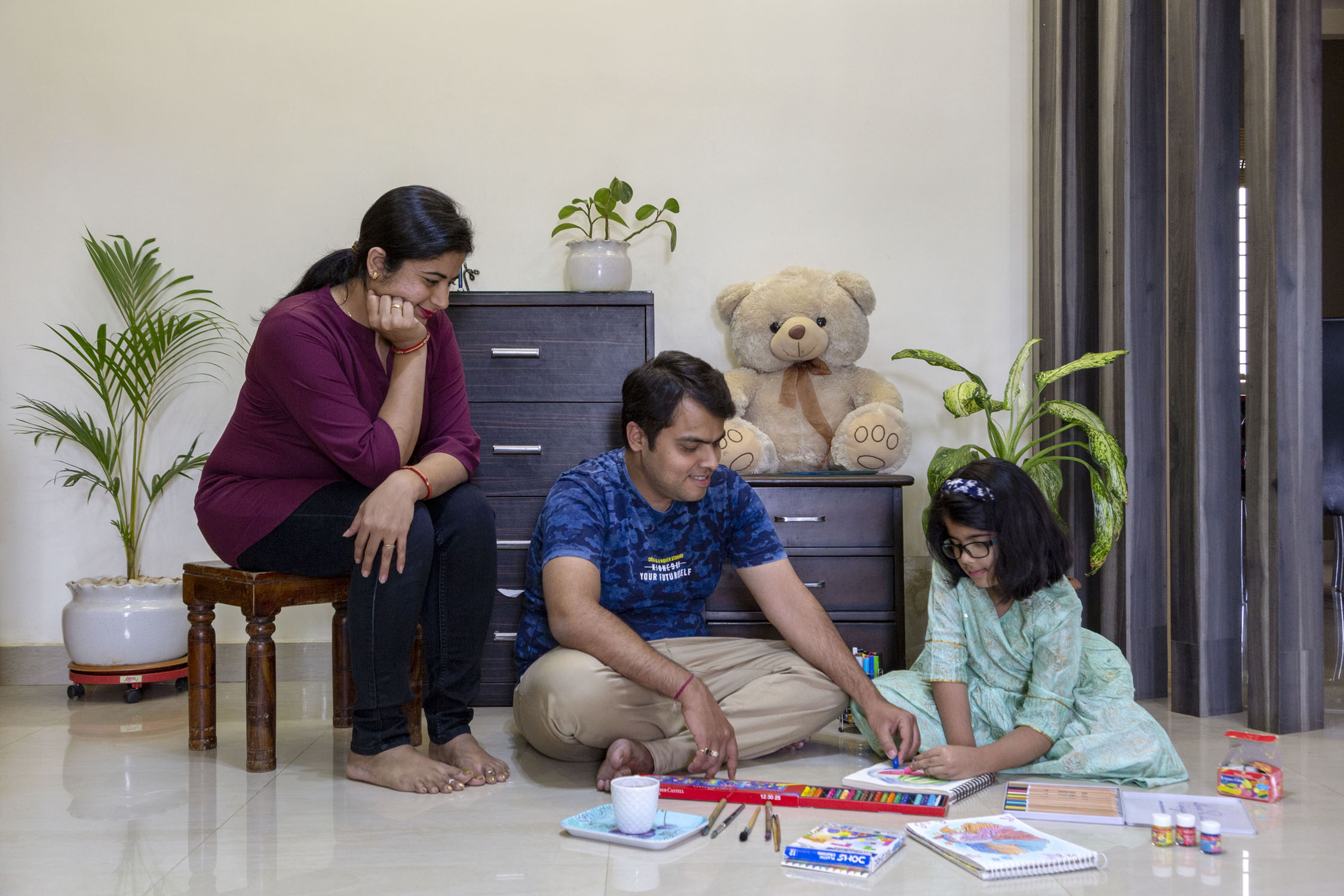 “I have been practising speech, will continue to do so, and will never give up”

Mrs Kumkum Arora living in Jhansi, Uttar Pradesh was mildly concerned when her one-year-old Karan did not respond to sound or attempt to speak. Delayed milestone, said the doctors she consulted. Her concern turned to panic, however, when he showed the same lack of response at the age of three.

She and her husband Rakesh Arora, a State Bank of India employee, took Karan to the All-India Institute of Medical Sciences (AIIMS), Delhi where he was diagnosed with severe hearing impairment and prescribed a hearing aid. Since his diagnosis was delayed his speech did not develop fully, and despite his speech therapy sessions at AIIMS he made painfully slow progress.

The Aroras began to worry about education for Karan. Things were going smoothly with their firstborn, Gazal, but when it came to Karan they had to decide: should they enrol him in a Deaf school where he would learn in Sign Language, or a regular school? They chose the latter – and a Hindi-medium one called Jagat Taran primary school, since a doctor advised them to focus on his learning the mother tongue. Under the guidance of an ENT doctor and a speech therapist, and with immense patience and effort, Kumkum enabled Karan to get promoted from UKG to Standard 1 – quite an achievement for a hearing impaired child in a mainstream school. He later got admission in Bhel Shiksha Niketan, an English-medium school, in 1992.

But words and language are not the only form of communication. When Karan was only four, Rakesh observed how he showed a special interest in drawing. When he was in second standard he won second prize for his painting. Encouraged and guided by his parents, he drew objects, animals, and scenes from nature. He took art classes to hone his skills and took up oil painting, gathering awards along the way.

When Karan was in Standard 10 the family moved to Mumbai, where he was exposed to several artists and art exhibitions. This fuelled his desire to become a professional artist. He was thrilled to be selected by the Sir JJ Institute of Applied Art, Mumbai where he completed his BFA (Bachelor of Fine Arts) course. JJ Institute allowed him to experiment with different art forms. “I thoroughly enjoyed my college and did a lot of painting, poster design, packaging, colour and composition, and advertisements,” he says.

After Karan finished his Masters in Graphic Design from the reputed National Institute of Design, Ahmedabad his career path led him to the digital universe. Now 35 years old, Karan works for Dell Technologies in Bengaluru as a UI/UX (User Interface / User Experience) Designer. This is a designer who improves the overall experience a user has with a company’s products or services and the quality of interaction between user and software.

Karan does Web and Mobile design at work but his home displays evidence of his enduring love for traditional art mediums. He has done numerous watercolour paintings, has tried his hand at sand art, and is passionate about calligraphy and illustration. Last year he self-published a 40-page spiral-bound book, “Colouring and Doodling for Adults and Teens” (https://www.amazon.in/gp/product/1636403093/ref=ox\_sc\_saved\_image\_2?smid=A3B47YVAXI9QAQ&psc=1). He was also chosen for the 2022 Art For Inclusion Fellowship, an initiative of the India Inclusion Foundation.

Rakesh (now retired) and Kumkum live in Jhansi while their daughter Gazal Arora Trivedi works as a Digital Marketing Director in Melbourne. Karan now has his own family. His parents arranged his marriage with Ritu, who teaches in St. Xavier's School. “Ritu is a wonderful woman, and she had no concerns about marrying me, despite my disability,” says Karan. “We met face to face, and although I could not speak, she understood me completely.” They have an eight-year-old daughter, Zaara, who goes to Delhi Public School.

Karan says that Dell provides him with a conducive work environment and he has supportive colleagues. His endeavour is to make the web accessible for persons with disabilities.