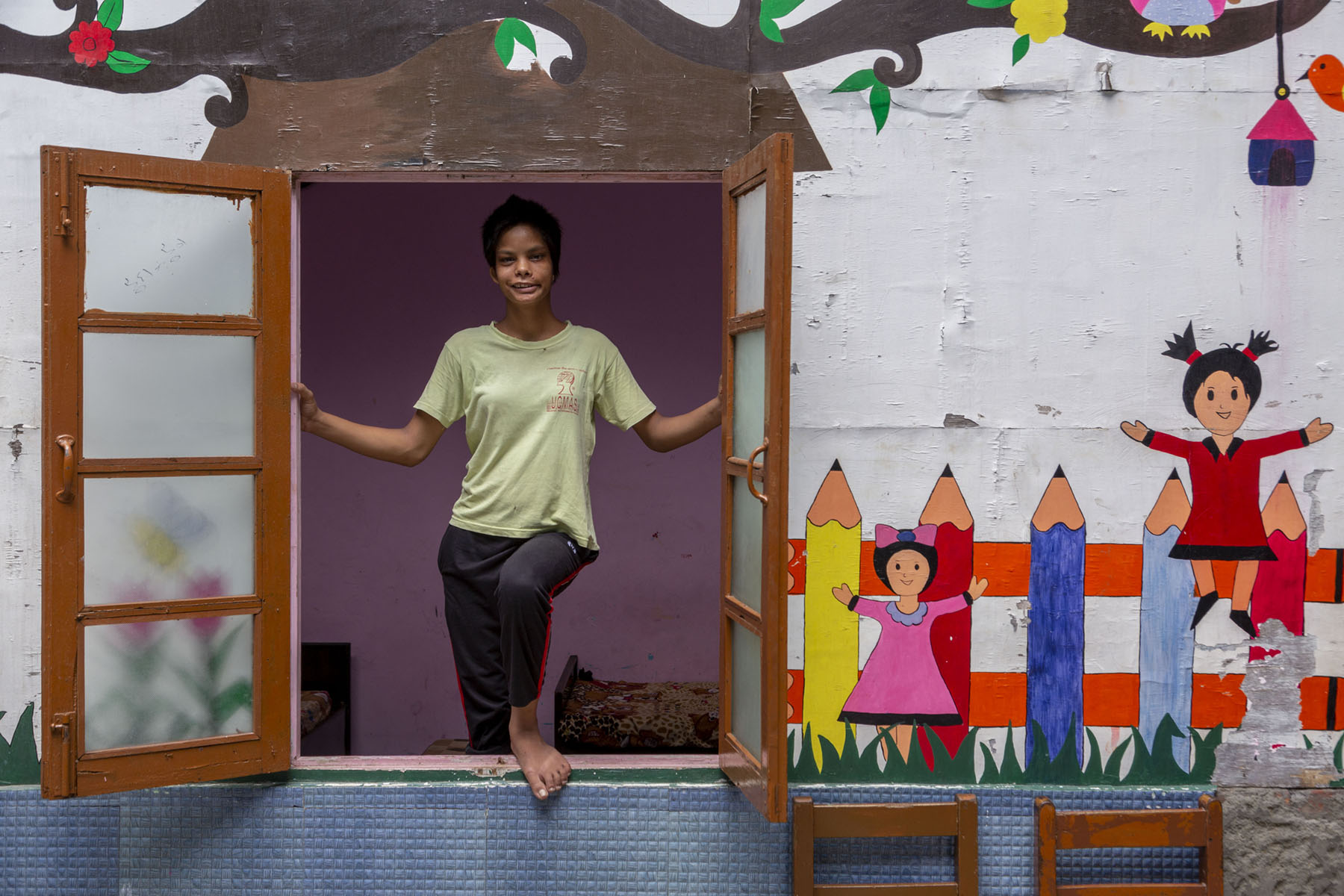 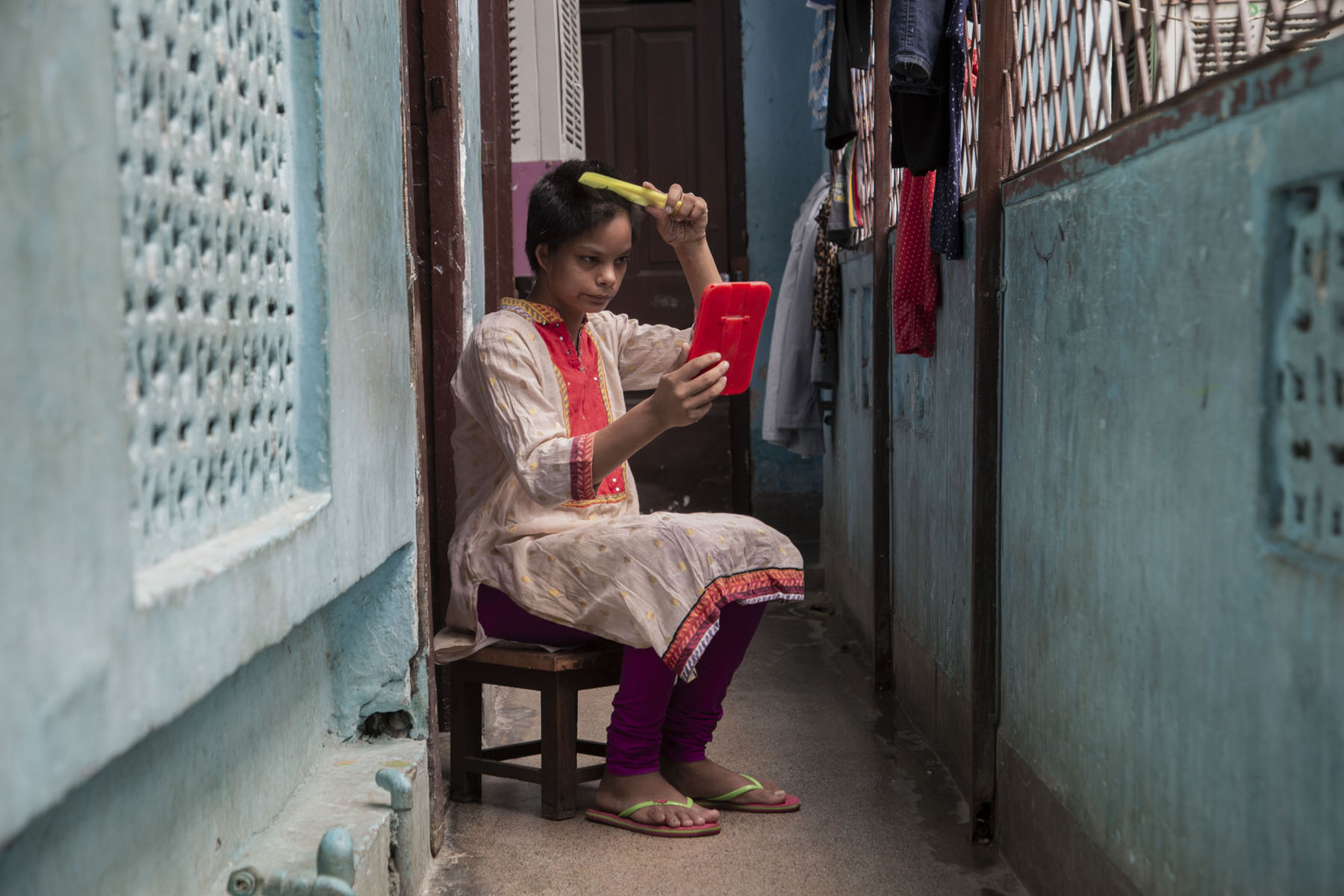 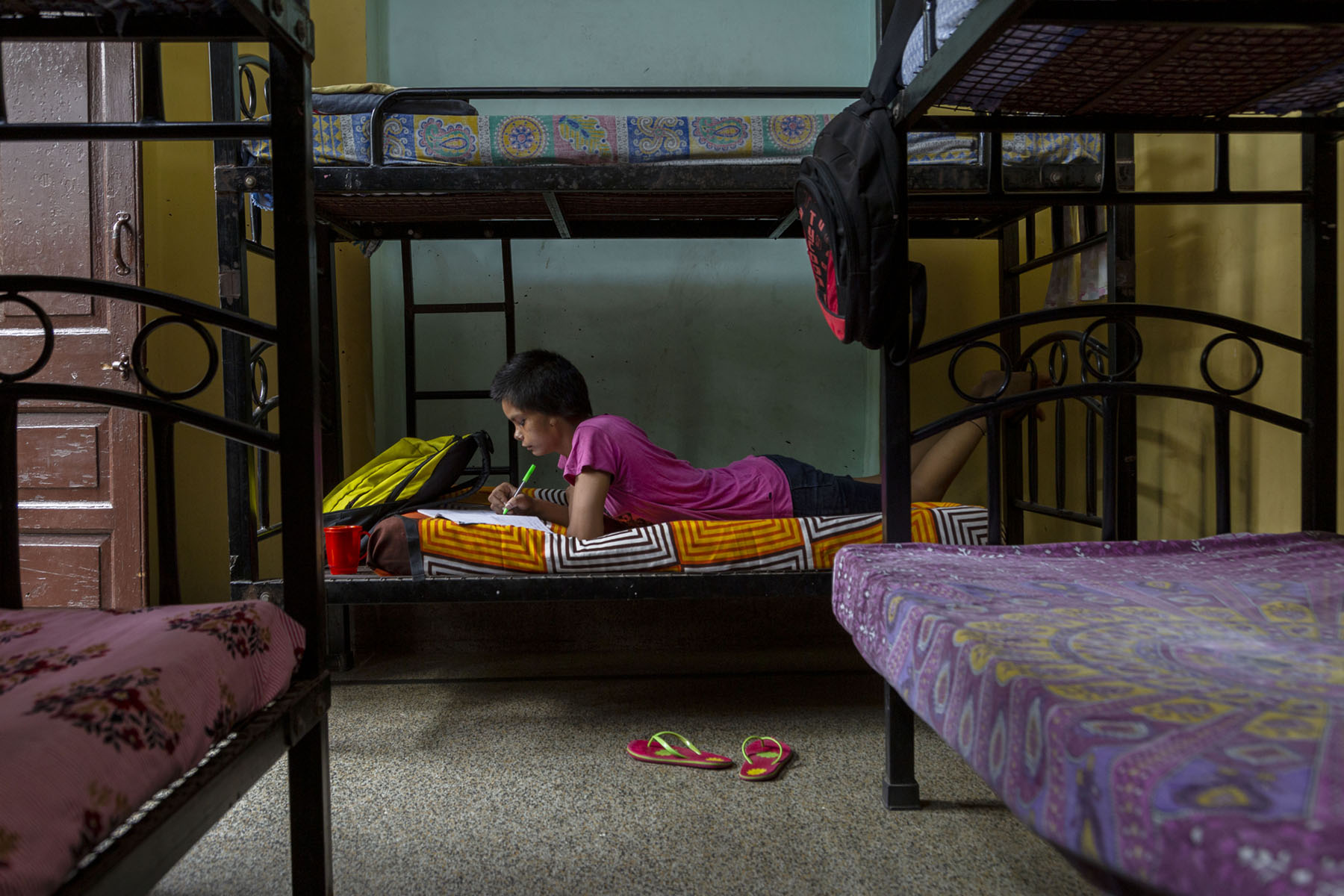 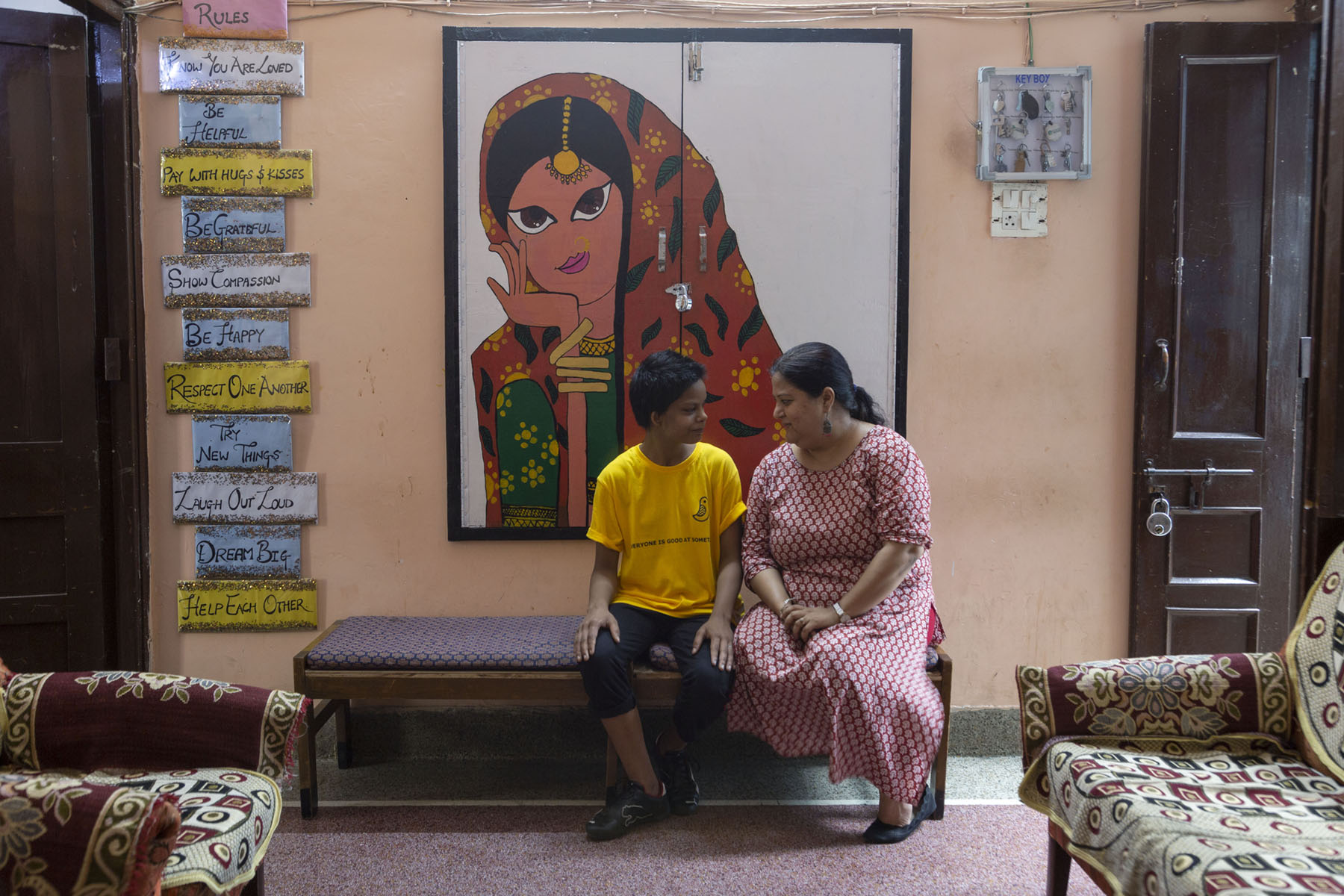 “I dream of getting a nice job, earning well”

Israna (18) likes to imitate Bollywood dance numbers she has seen on TV. Although she is deaf in the left ear and has partial hearing in the right, she gets the dance beats by watching how ‘didi’ (sister) Shuchi Dasmana claps to the song. Her wiry body imitates the jerks, leaps and twirls of Radhika Madan moving to the song “Nachan Nu Jee Karda” from the film “English Medium”, and her best friend Shabnam cheers from the sidelines.

“I don’t even have a home” she said through her interpreter Shuchi when asked about her origins. Shuchi is the coordinator of the only home that Israna claims as her own – the Udaan Rose Home for Girls of the Salaam Baalak Trust (SBT) in New Delhi. Three years ago she was found by the police wandering near the interstate bus terminal in Wazirabad, Gurugram, and they brought her to SBT on 1 January 2018. She was able to write her name, Israna, and that of her father, Paale, but imparted no other information except her date of birth. Later, through mime, Israna appeared to indicate that she had experienced some sort of domestic violence and was reluctant to go back to wherever she came from.

“I don’t remember” is the answer she gave us when we asked about her family, and she said “the bus driver” when we asked who took her to the Wazirabad bus terminal. “I left home alone, silently, at 5 o’clock in the morning,” she added. She had apparently got into a bus that happened to be going towards Delhi. She said she had studied till first standard but couldn’t remember the name of the school. It seemed as if she wanted to shove the past behind her.

Israna is not yet proficient in Indian Sign Language (ISL). In mid-2018 SBT enrolled her in Noida Deaf Society but her lessons were interrupted by the coronavirus pandemic in 2020. School reopened in April 2021 but was shut in May. SBT has applied for a disability certificate so that she can avail of government benefits and also enrol in open schooling. “She is sharp, and a keen observer,” says Shuchi.

Since her deaf school is closed, Israna spends her time watching TV and laughing at the comic scenes, or using headphones to listen to songs. Any other hobby? “Eating!” she says. She has no particular favourites: “I like eating everything.” Since she has a sturdy physique, SBT has sent applications to various places on her behalf for housekeeping jobs. However, once she gains full command of ISL, once her education begins in earnest, there is no telling how far she might go.

Israna’s story isn’t over yet….