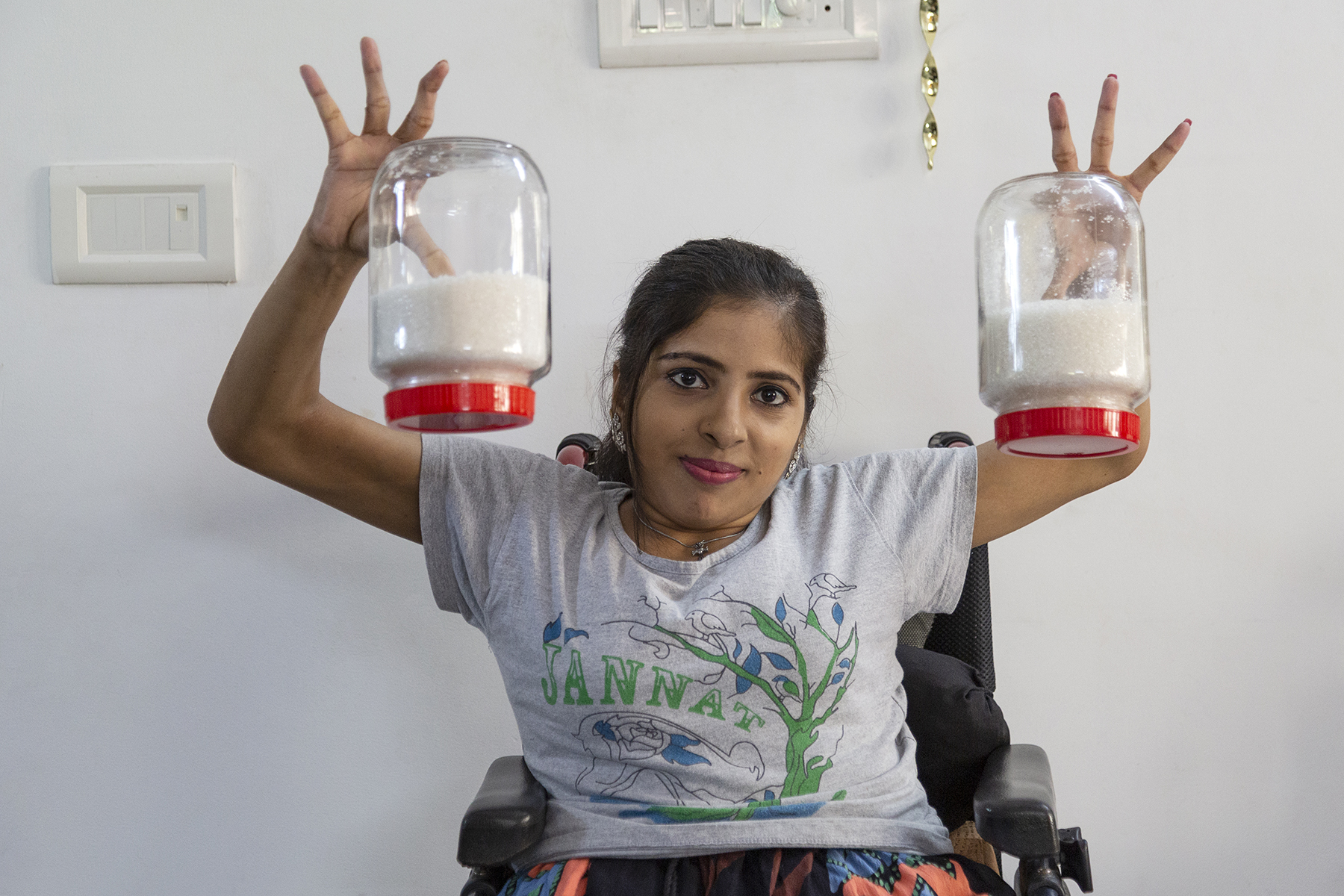 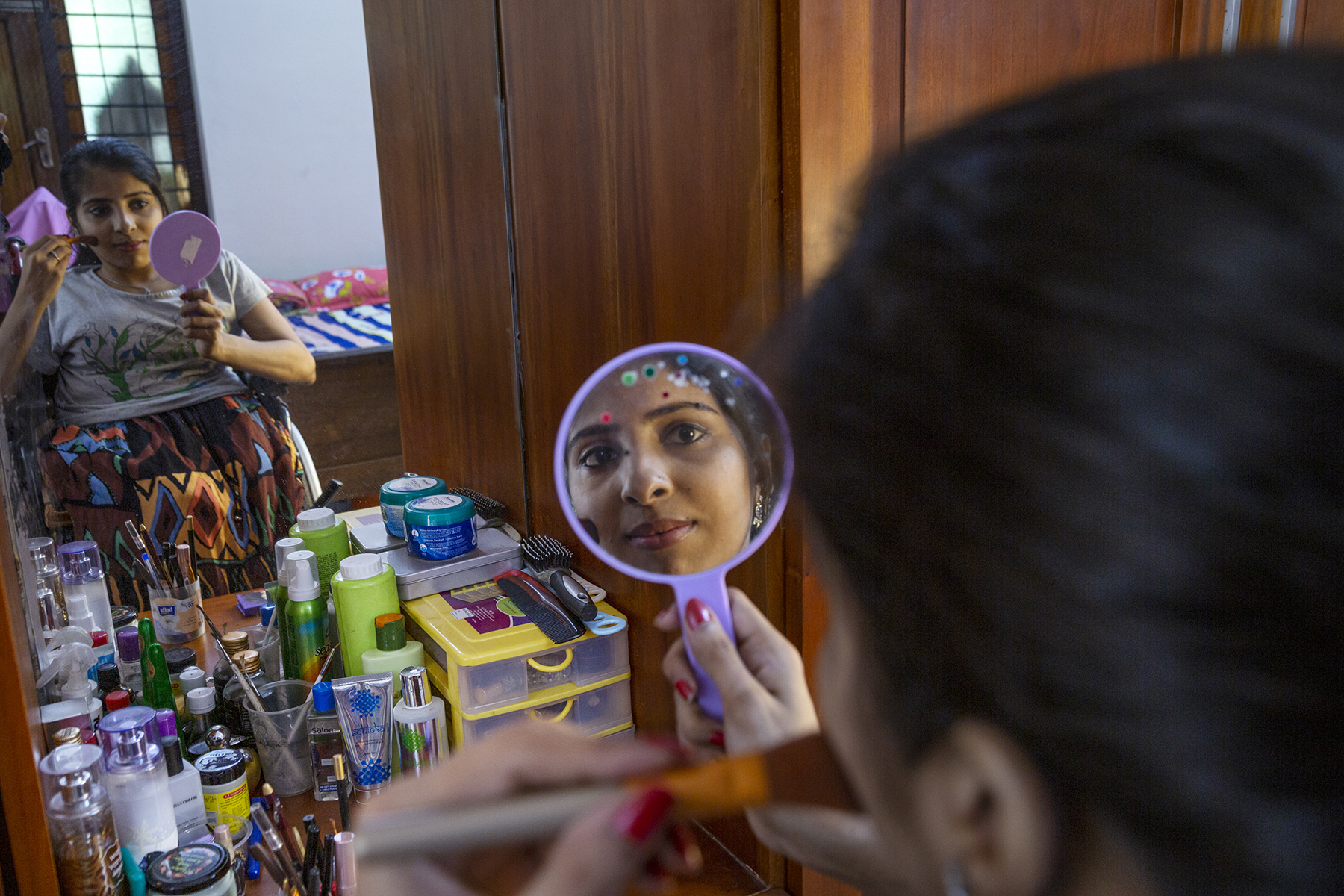 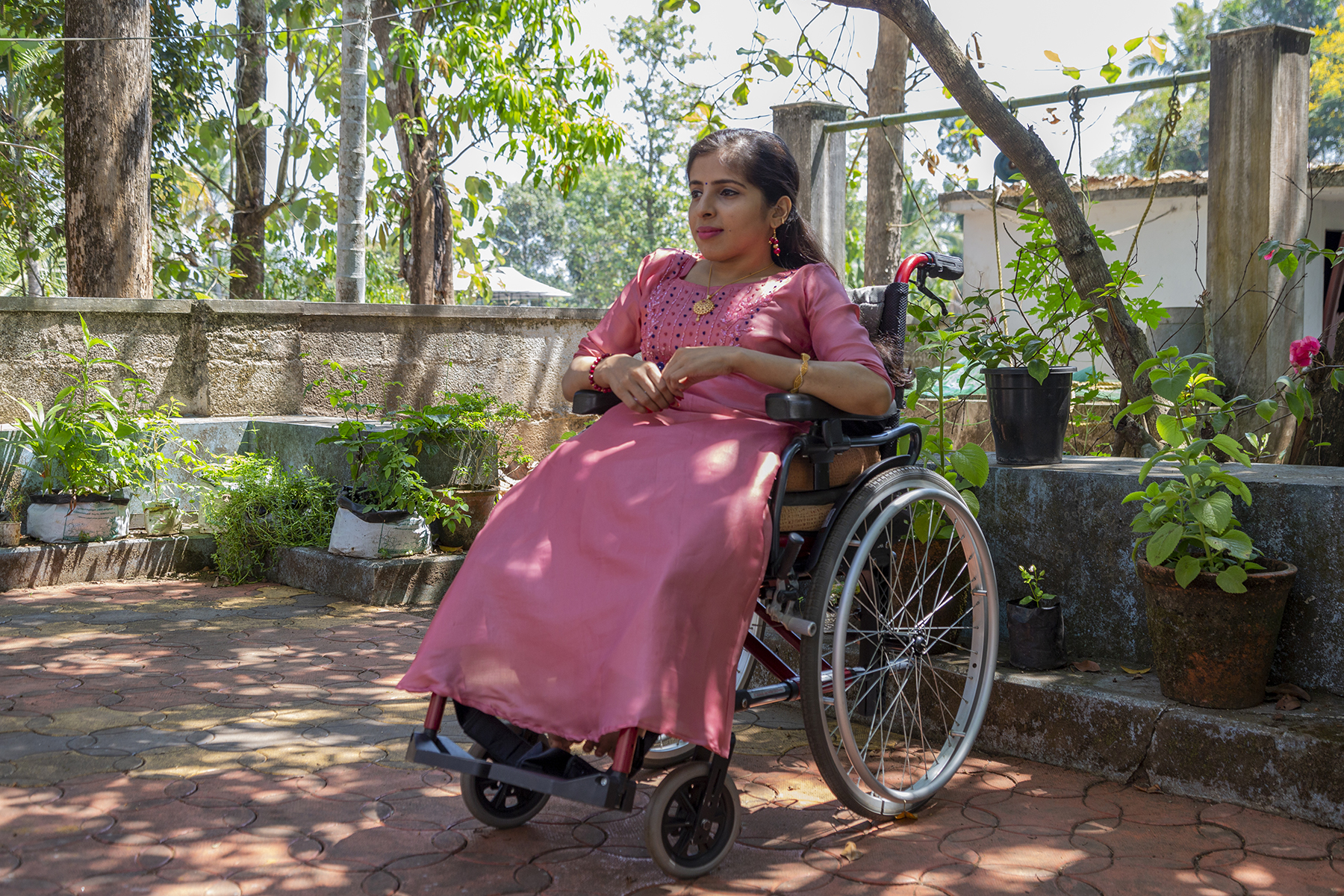 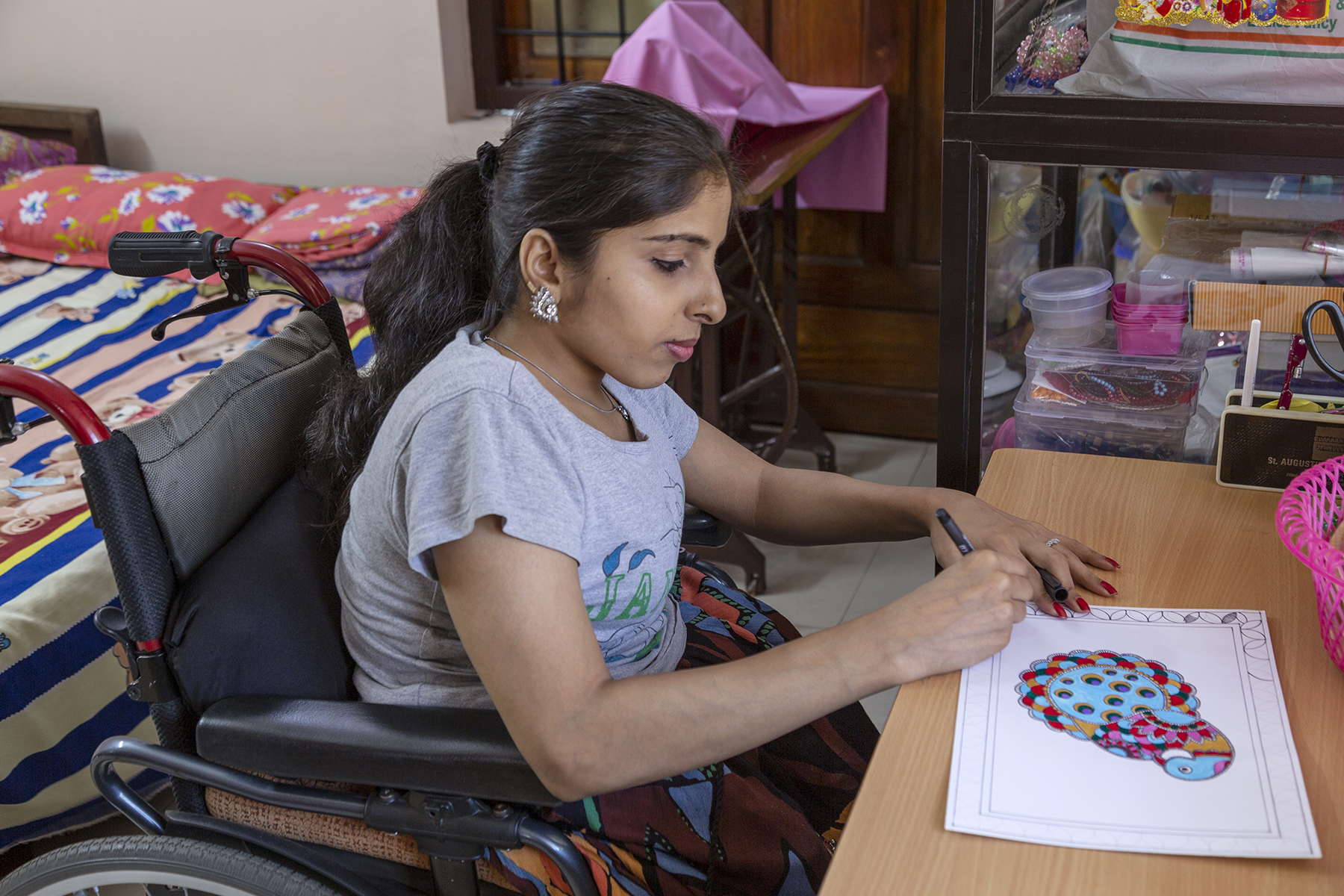 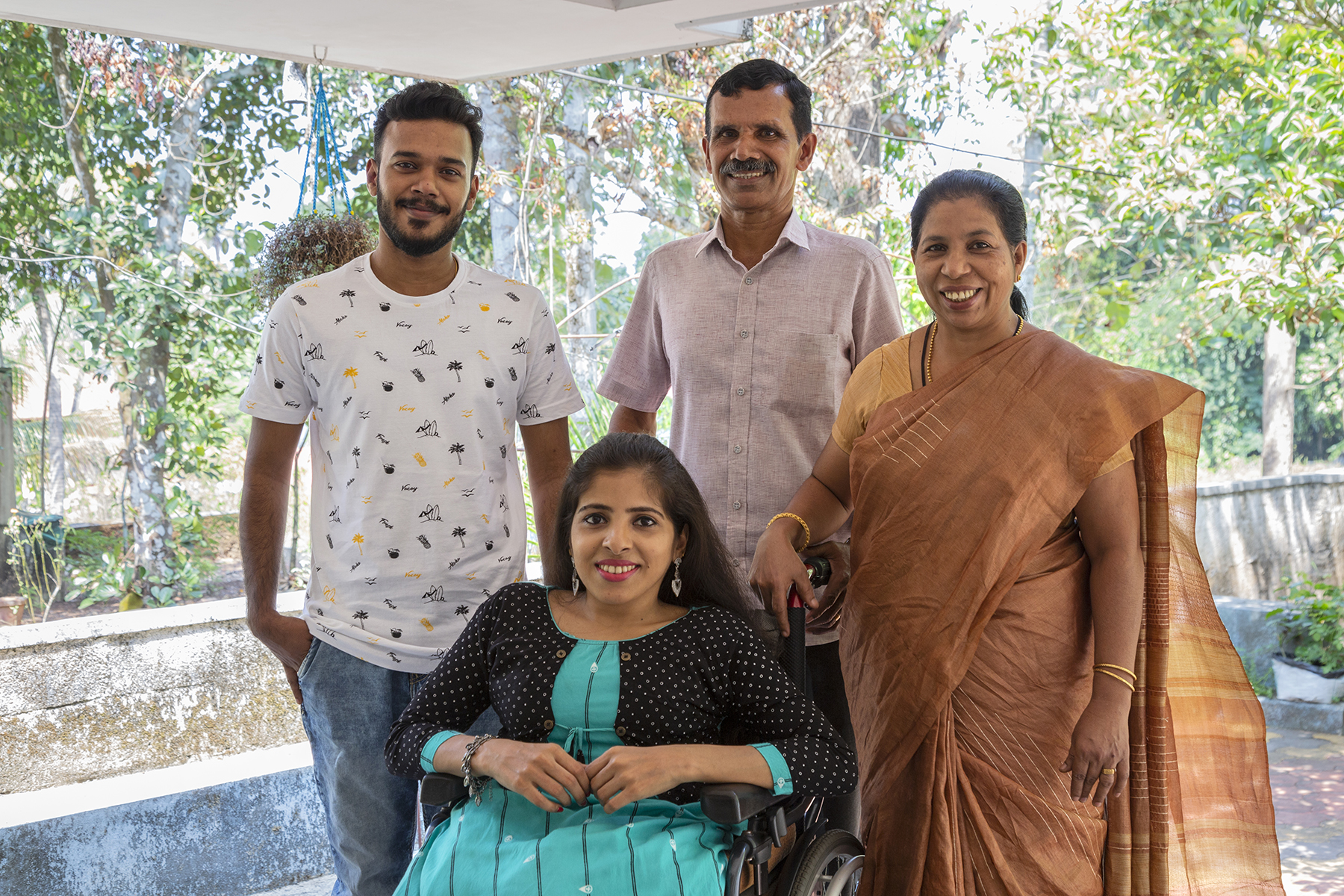 “Whatever be the disability, if your mind is strong enough to deal with it, you can live happy”

Why can’t disabled actors play disabled characters? We are reminded of this longstanding demand of persons with disabilities worldwide when we meet Anju Rani Joy (32) from Kizhakkambalam, Ernakulam, a wheelchair user with paraplegia who has acted in two mainstream Malayalam films.

In the 2019 biopic on Navajeevan Trust founder P.U. Thomas, _Oru Nalla Kottayamkaran_, Anju plays his adopted daughter. “I am grateful to the director Simon Kuruvilla and everyone on the set for being so helpful to me during the shoot,” says Anju who was born with a spinal cord injury and a club foot. The 2021 film _Insha_ directed by Siju Vijayan, who has spinal muscular atrophy, is about 13-year-old Insha, a wheelchair user who dreams of seeing the ocean; in the film, Anju plays the role of an art student.

As a member of the performance troupe Freedom on Wheels, an initiative of the paraplegic welfare society Thanal, Anju has acted in what is claimed to be India’s first play with an all-wheelchair-user cast. “Chhaya”, directed by V.T. Ratheesh, is not about disability; it’s a humorous play on the ups and downs in a painter’s life.

Anju has a couple of cute tricks up her sleeve too! She performs them during Freedom on Wheels shows — jar-lifting and mirror-writing. “I watched both on TV and thought of trying it out for fun,” she says. She holds the world record for lifting two 1.25 kg jars with her thumb and index finger and holding them up for 75 seconds. She can also write with both hands simultaneously on a board, its left half mirroring the words on the right.

Growing up in Ponmudi in the hilly district of Idukki, “it was impossible to use a wheelchair because of the steep inclines of the terrain”. Her father K.G. Joy, a school physical education teacher, used to carry her to and from her lower primary (L.P.) school. After Grade 4 she would have to move to an U.P. school which was too far away to walk to, and so “tuition teachers came home”. She completed her B.A. in Sociology through distance education.

Besides being an occasional fashion model, Anju also has a ‘craft-y’ side to her. She makes eye-catching pieces of jewellery with terracotta, papier mache and beads. She declares that none of her achievements would have been possible without the unstinting support of her parents Joy and Jessy and her younger siblings Ashley and Amal.