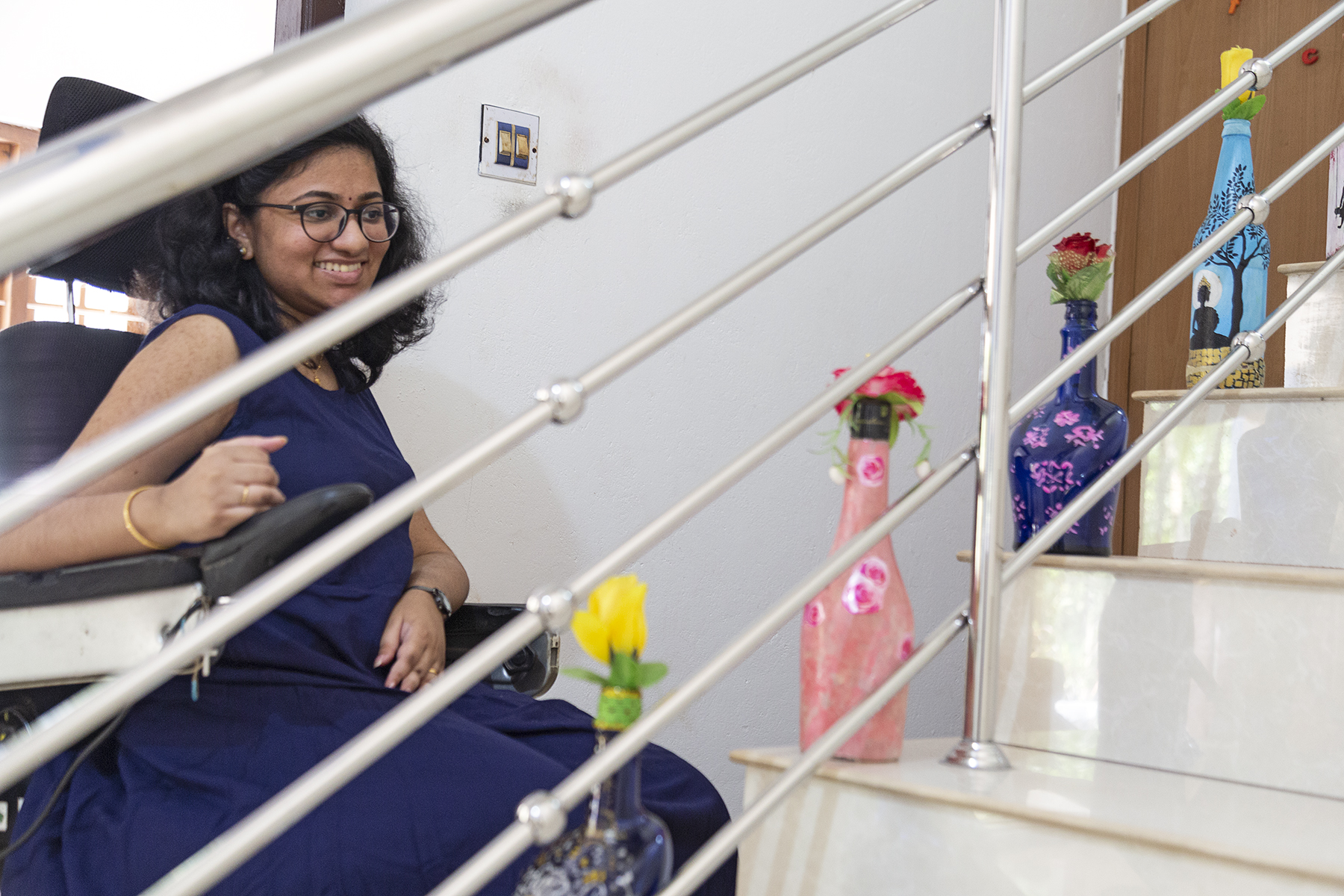 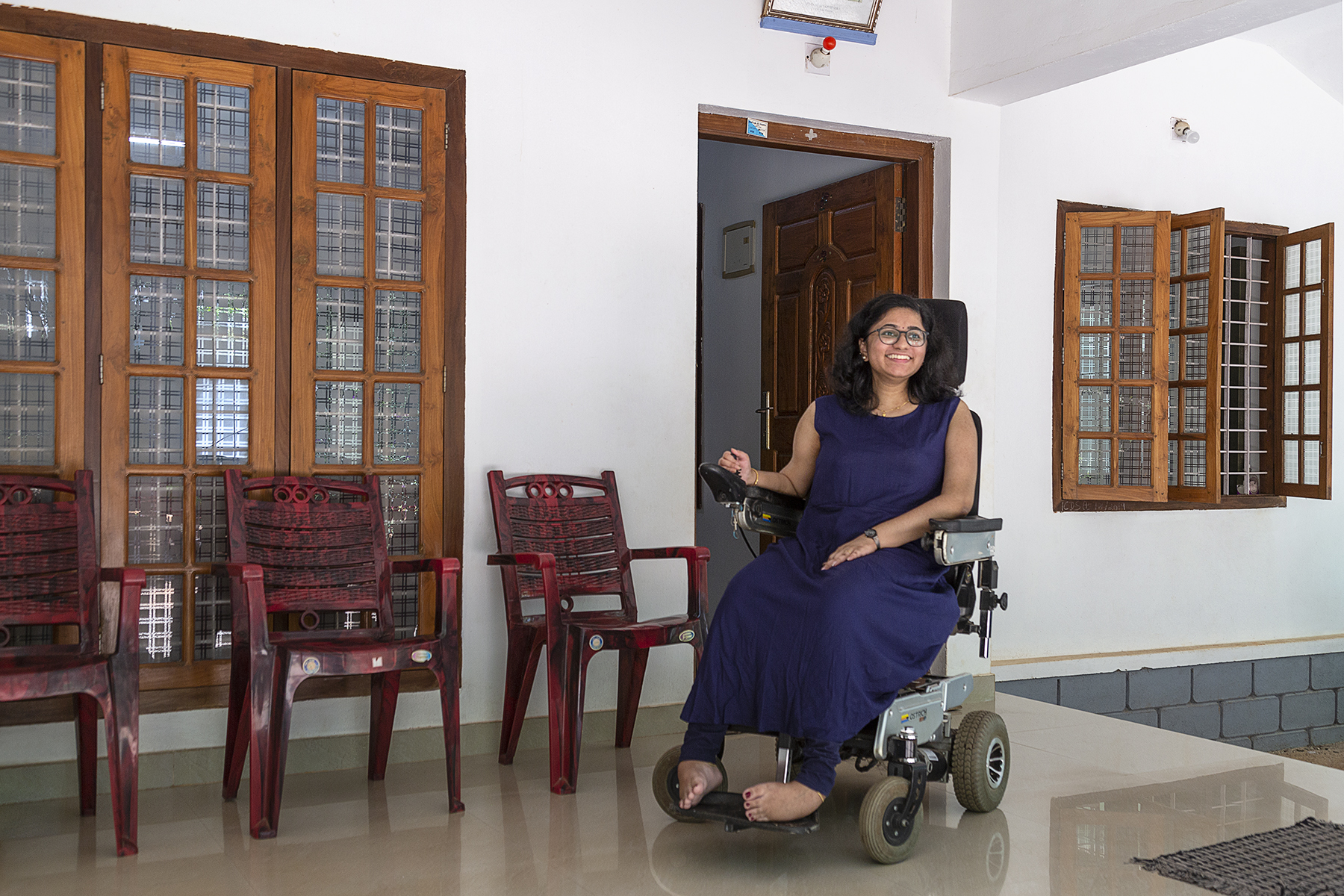 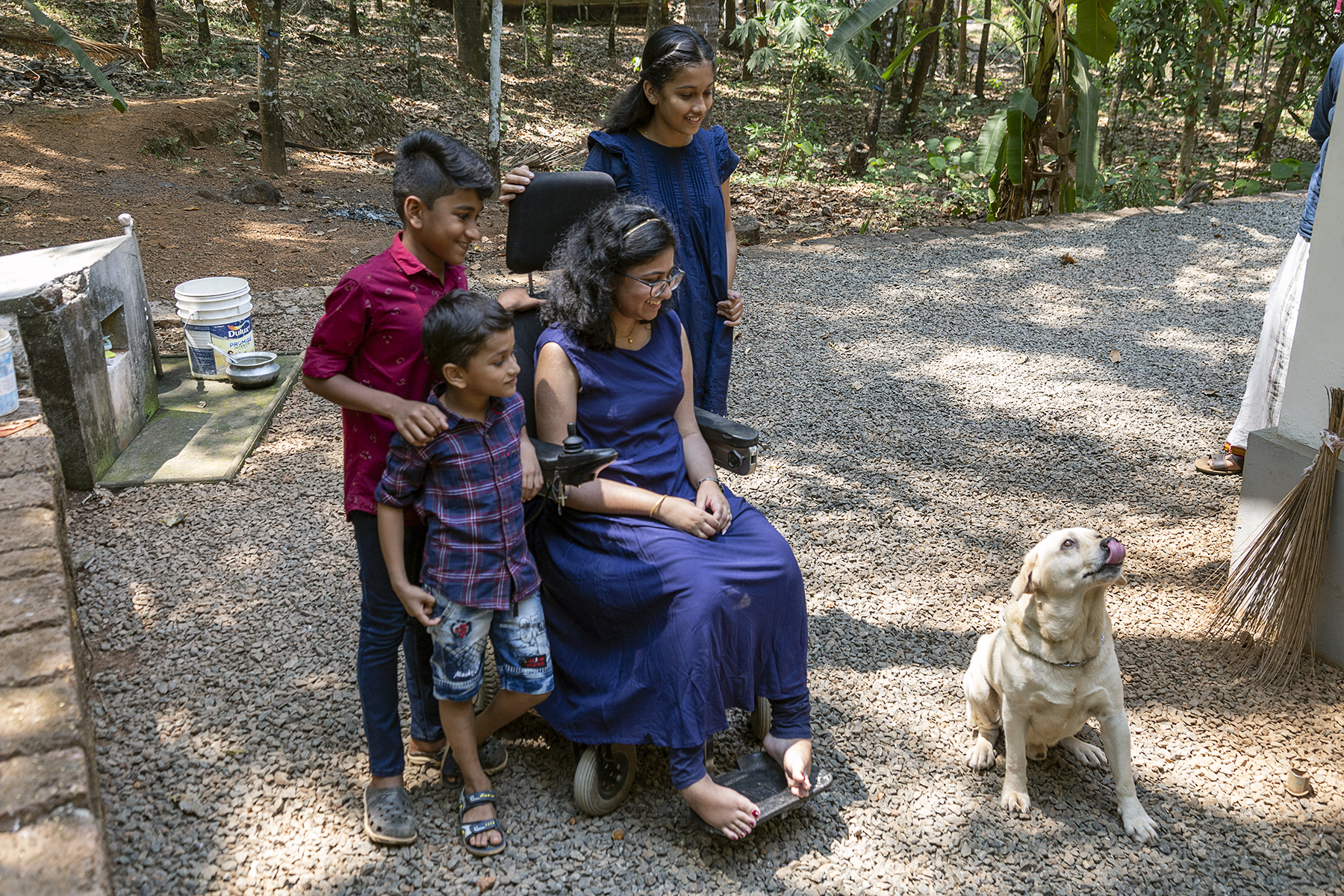 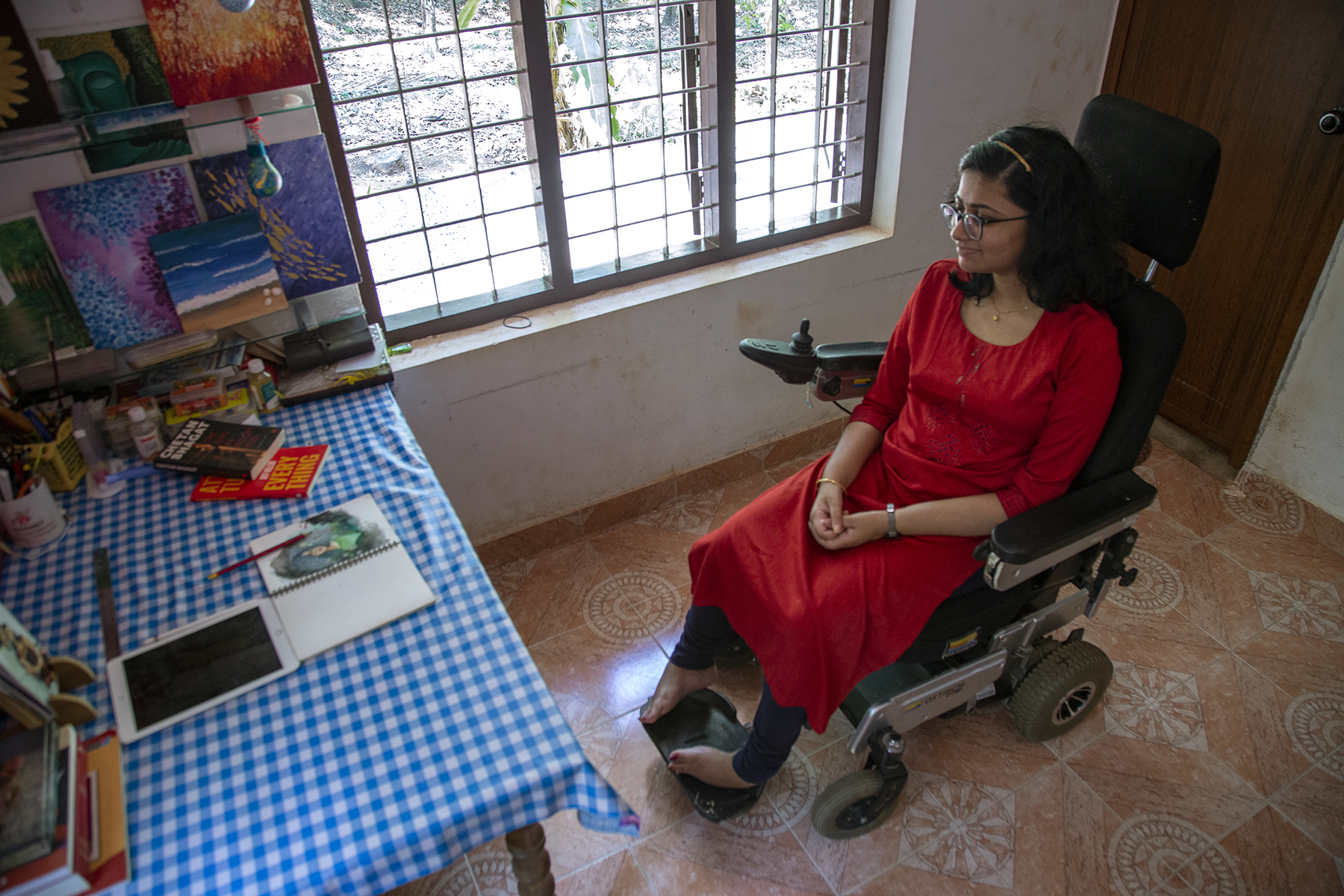 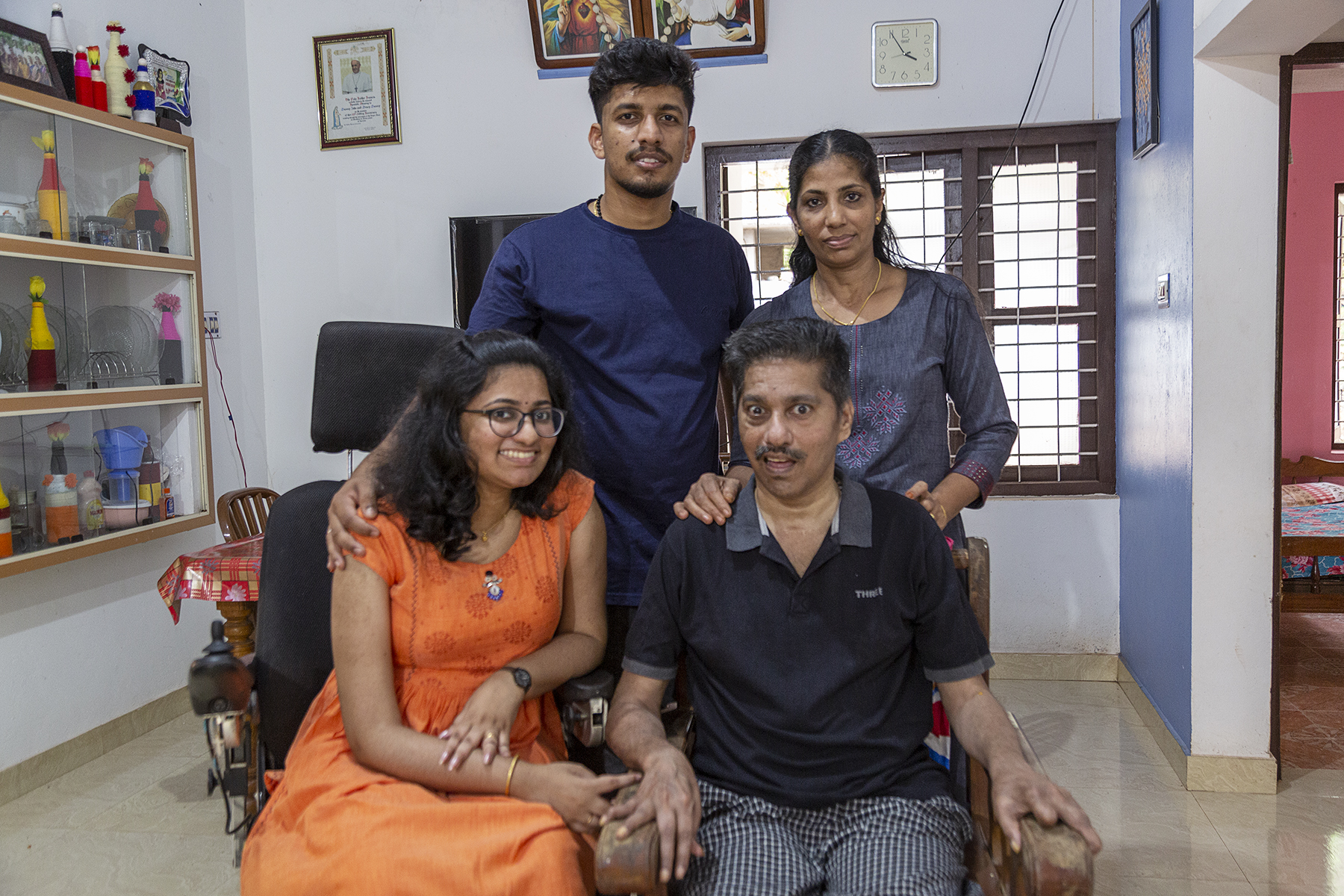 When Anjali Sunny (26) of Srikandapuram, Kannur district was in kindergarten she complained of leg pain when taking part in a dance. Her teachers and parents thought she was being lazy and making excuses. It was only when she reached Class 4 that a teacher suspected there was something amiss and told her parents to get her diagnosed. It turned out she had Muscular Dystrophy which progressively weakens the muscles of the body.

Anjali’s mobility decreased to a level that obliged her, even as a schoolgirl, to start using a wheelchair. She faced a setback in 2009 when her father, her main motivator, had a stroke that paralysed his left side; today he is totally dependent on her mother. Her friend Lini (Linimol Anthony) has been her mainstay right from middle school through college. Forced to take a gap year after 12th standard because she was unable to commute to a college of her choice, Anjali finally chose a nearby college to do BBA and M.Com. Her teachers were very supportive. “My HOD (Head of the Department) spent his own money to buy an easy chair for me so I could sit comfortably in the classroom.”

In her gap year she learnt graphic designing via online tutorials and started creating birthday calendars for family members. Lini was learning fashion designing at the time and her acrylic paints were lying around. Anjali picked them up and started drawing on the backs of her old calendars. Once she gained confidence she graduated to canvas with her mother assisting her by handing over whatever material and equipment she needed in the process.

Anjali has learnt to not brood over her increasing debility. “I don’t think of the future, only of today and tomorrow,” she says. “All my goals are short-term.” As a teenager she had learnt keyboards and Carnatic music from a home tutor. She stopped playing keyboards when her muscles deteriorated but her singing goes on! When physical painting became impossible, she switched to digital painting, first on mobile and later on iPad. In 2018 she got a heartening response when she started putting up her digital art on Instagram, and now she has over 300 paintings and her own YouTube channel.

“Whenever I face a problem I remind myself of even bigger problems I have faced before,” she says. “One is never disabled unless one decides to be.”